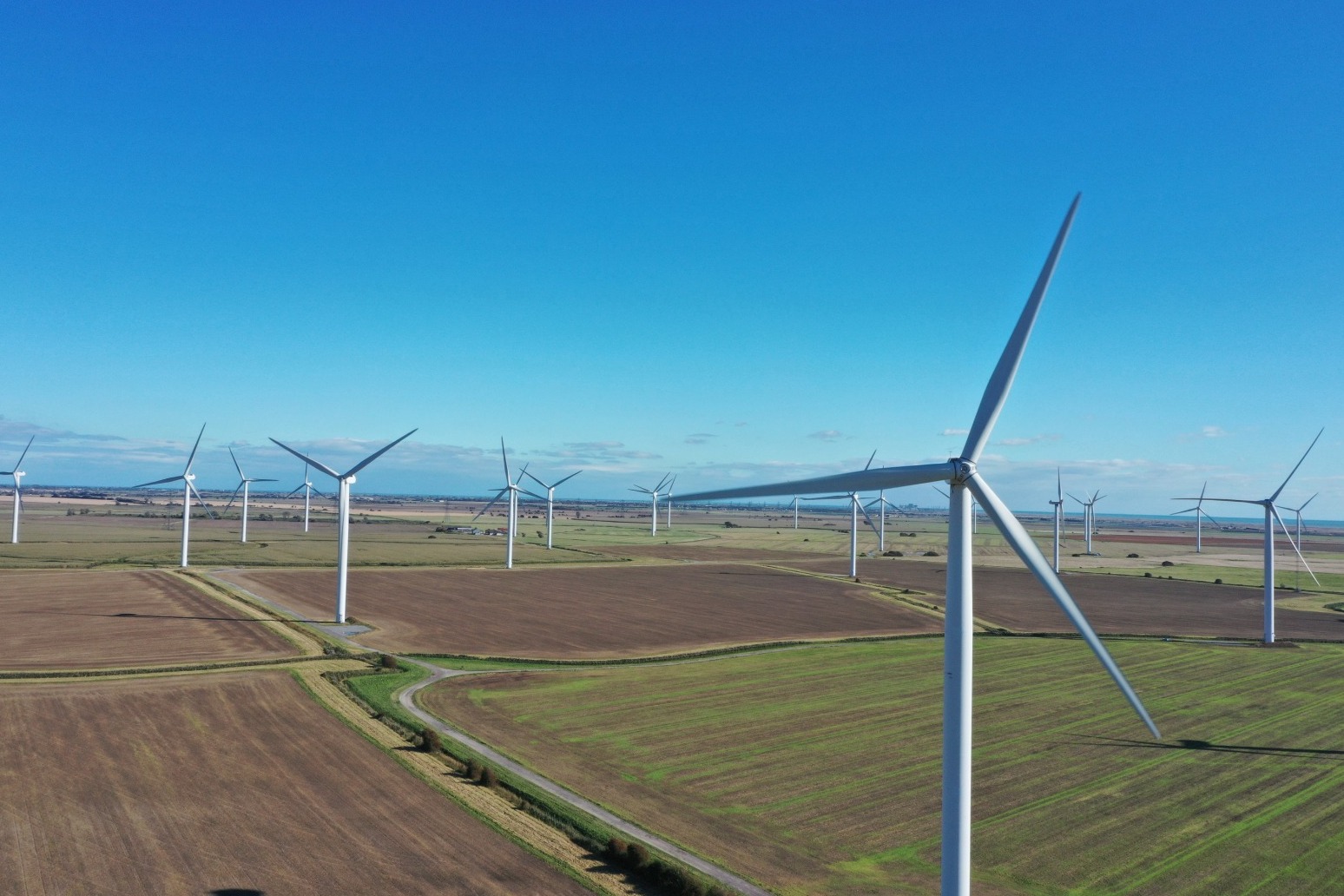 The electricity produced in Britain was close to the greenest it has ever been last year, second only to the pandemic, when demand was lower than usual.

New data from the grid operator showed that in 2022 Britain had the greenest day and month on record, and wind power hit new highs.

For every unit of electricity produced in Great Britain last year, 182 grams of carbon equivalent was released into the atmosphere, just one gram more than in 2020.

It has been a tough year for the energy sector with prices for gas and oil soaring, and helping to push up the price of electricity in turn.

It has led to the Government signing a deal which would keep two coal power plants as backup in case they were needed because the country could not get enough gas.

However, this did not stop zero-carbon energy sources, which include nuclear power, from making up a much larger portion of the country’s electricity mix than fossil fuels.

Over the 12 months zero-carbon electricity accounted for 48.5% of the total, compared to 40% from gas and coal power.

The lion’s share of the green electricity was from wind turbines, both onshore and off the coast. In total 26.8% of Britain’s electricity came from wind, second only to gas, which produced 38.5% of the total.

The rest came from electricity that was imported from Europe (5.5%) hydropower (1.8%) and storage (0.9%), National Grid Electricity System Operator said on Friday.

It added: “The use of coal in our day-to-day energy mix has continued to decline, with coal responsible for only 1.5% of generation in 2022, illustrating the significant reduction that has taken place over the last ten years, when coal represented 43% of electricity produced in 2012.”