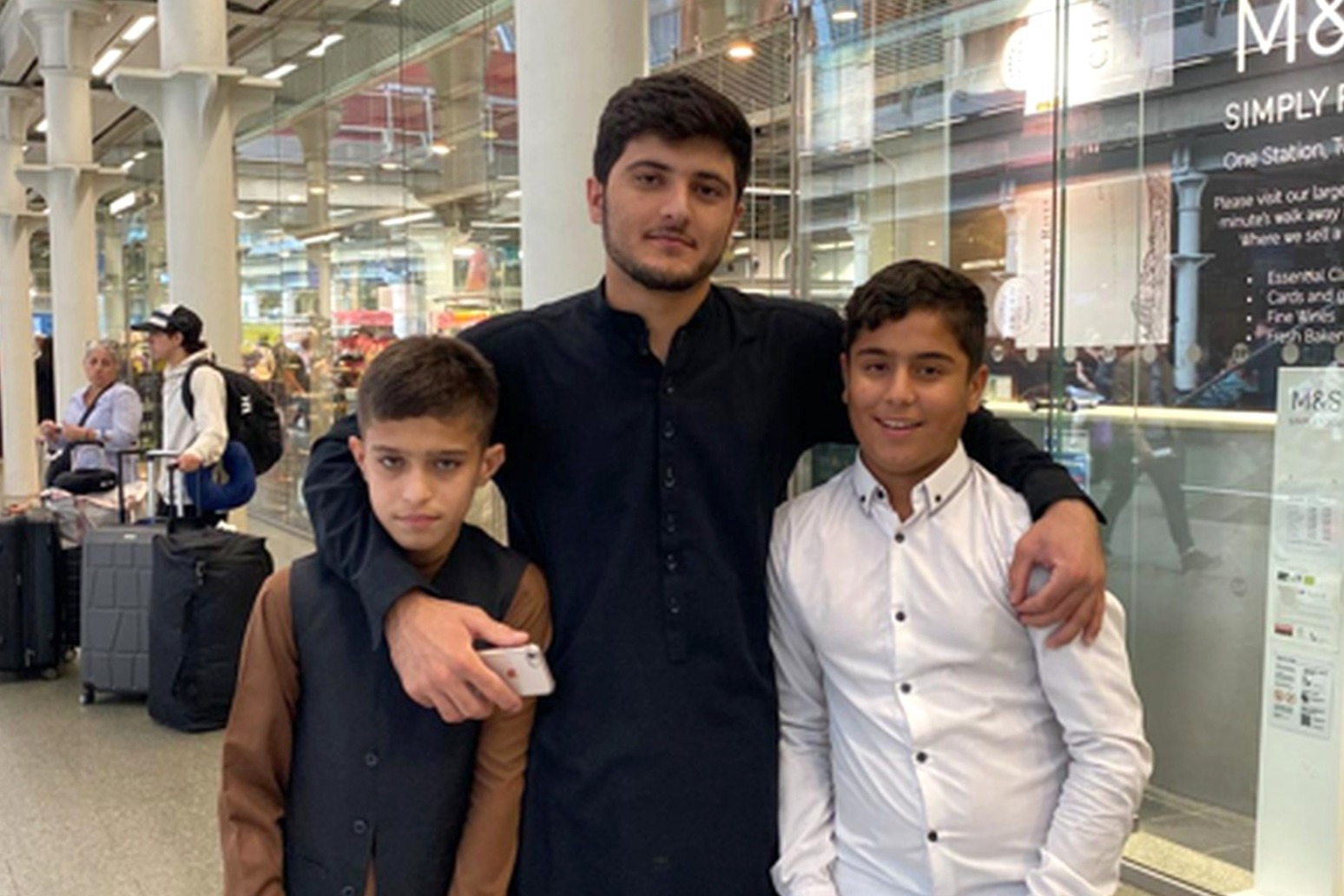 An 11-year-old Afghan boy who spent a year stranded alone in France following the Kabul airport bombing is “tired but happy” after travelling to the UK to be reunited with his twin brother.

Obaidullah Jabarkhyl was stuck “unhappy and scared” in Strasbourg for months after getting separated from his parents and siblings during the Afghanistan evacuation amid the Taliban takeover last August.

His twin, Irfanullah, made it safely to London to stay with their UK-based family while his parents and sister remained in their home country.

On Wednesday, his wait finally came to an end and he was tearfully greeted by relatives including his twin at St Pancras station following the approval of his visa application.

Obaidullah’s cousin Qamar Jabarkhyl, who is caring for the 11-year-old while he lives in the UK, has welcomed the development, but criticised delays that left him cut off from Irfanullah for so long.

He said it was only after the family’s case was widely reported, following their constituency MP Bob Blackman raising it in the House of Commons, that action was taken.

Mr Jabarkhyl, a 28-year-old British citizen and engineer, said: “As soon as the news went viral the Home Office managed to make a contact on Monday after the weekend finished first thing in the morning.

“They promised back in March or February to take swift action and they didn’t. We are still thankful for the way they helped but I think they should help others because there are many other Afghans in the same situation, little kids living away from home.”

Speaking after his arrival in the UK, the 11-year-old said he was “very happy” to be with his brother again and looking forward to going to school and making new friends.

The pair hugged as Obaidullah stepped off onto the station platform on Wednesday before spending their first afternoon back together watching Afghanistan face off against Pakistan in the Asia Cup cricket tournament.

After a long train journey from Paris Gare du Nord, he was welcomed with gifts, flowers and chocolate by his relatives ahead of a family celebration later in the evening.

Mr Jabarkhyl said Obaidullah was ready to “put it all behind him” and build a new life in the UK.

“When he arrived on the train Irfanullah cried for him, it was very emotional,” he said.

“He says he still doesn’t believe he’s arrived in the UK. He’s so excited to be here and he wants to put it all behind him now.

“When he left Afghanistan he told me he didn’t feel any happiness for escaping the Taliban regime because he’d left his family behind.

“Coming here was the first time he realised. He was upset that his parents are left behind and he may never see them again.”

But Mr Jabarkhyl said Irfanullah, Obaidullah’s twin, was relieved to have someone who had shared his experiences of uncertainty and could understand how it felt.

“He seems to very happy about that,” he said.

In July, the family told how they felt their ordeal had fallen on “deaf ears,” having waited months to hear about the status of Obaidullah’s visa application.

He was forced to celebrate his 11th birthday alone thousands of miles away from his loved ones for the first time.

“It was really hard. I asked the guy he lives with to buy him a birthday cake but he said he was crying all day long. He didn’t even want to cut his own cake,” Mr Jabarkhyl said at the time.

The family’s lawyer, Nick O’Loughnan – of Wilson Solicitors, welcomed the “humane” intervention by the Home Office, but warned that delays to family reunion applications were becoming commonplace.

“I am so happy and relieved that the Home Office has acted humanely in permitting Obaidullah to be reunited with his twin brother and other family members in the UK,” he said.

“I would like to thank Bob Blackman MP for raising Obaidullah’s case in Parliament and praise Obaidullah’s cousin, Qamar for his tenacity in corresponding with different authorities to ensure Obaidullah’s travel arrangements could be made.

“Home Office guidance states that decisions in family reunion applications should be made within 12 weeks; however, we are routinely seeing these applications take up to a year, often with no reason at all being offered as justification.

“The long delays we are seeing can be extremely damaging to the mental health of applicants, particularly to those who are vulnerable and are left stranded without their family members. I hope that the Home Office will acknowledge this and take steps to ensure that their service standards are upheld.”

Mr Blackman, the constituency MP for Mr Jabarkhyl, said he was “delighted” that after many months Obaidullah had the chance to start a “happy, prosperous, safe life” in the UK.

“My thanks goes to my staff, the Home Office, the local authorities and the many services that have worked tirelessly to get us to this moment,” he said.

“The scenes the world witnessed in Afghanistan shocked us all. I pay tribute to the servicemen and women, volunteers and organisations who assisted in evacuating thousands of people from Afghanistan and thank those still providing ongoing support.

“It is tribute to the incredible work of people coming together to help others. As one journey ends, another begins, and hope that Obaidullah can now build a happy, prosperous, safe life here in the UK, surrounded by loved ones.”

A Home Office spokesperson said: “Obaidullah (Jabarkhyl) has arrived safely in the UK and reunited with his family.

“We have worked closely with the local authority and social services throughout, who will continue to support Obaidullah and his family.

“During Operation Pitting, we evacuated 15,000 people from Kabul and we continue to do all we can to secure safe passage and enable British nationals and eligible Afghans to leave the country.”