Basic groceries up by 30 as supermarket trust plummets Which 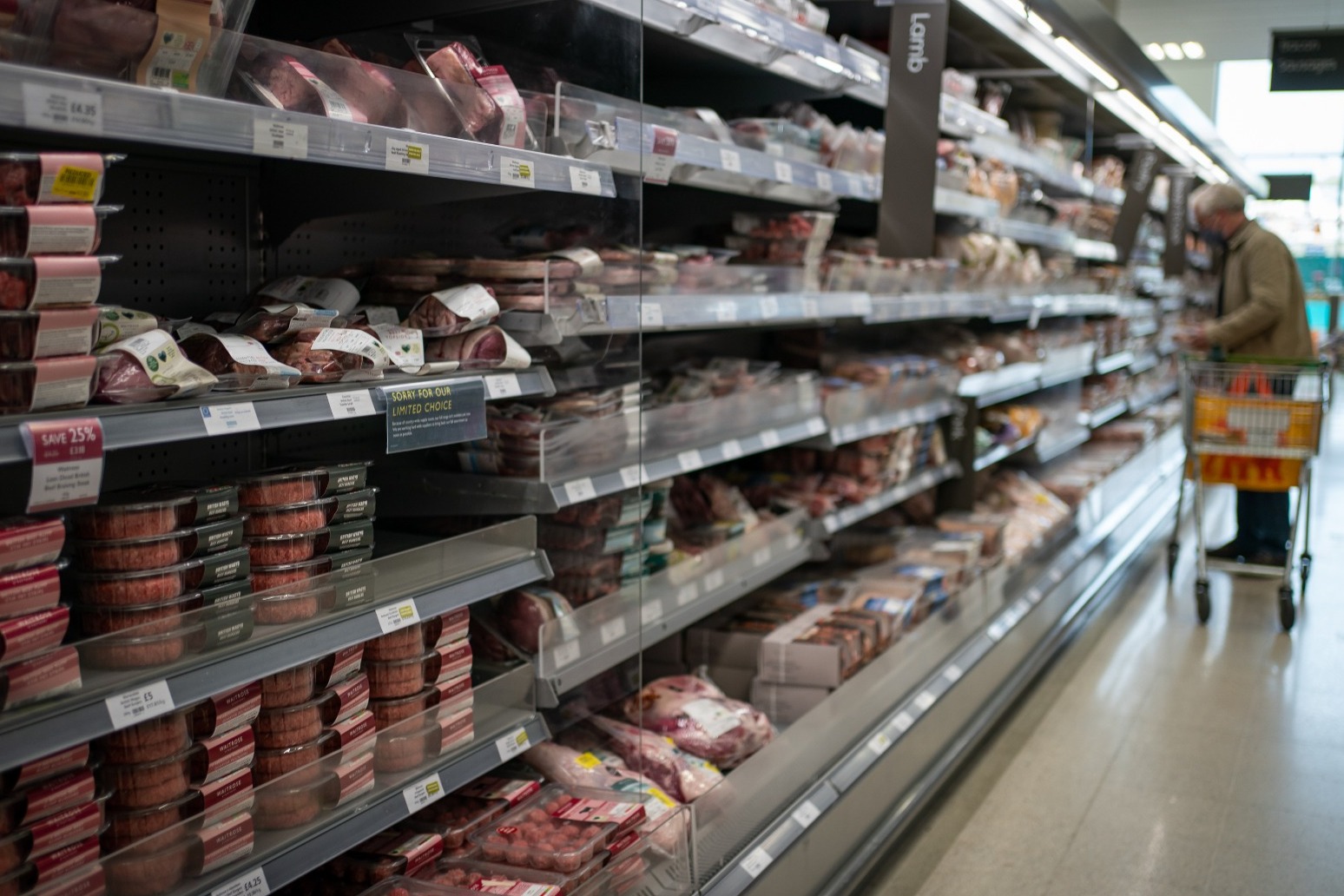 The price of basic groceries such as butter, milk and cheese went up 30% year-on-year at some supermarkets in December, new figures show.

While overall food and drink inflation reached 15% in December across the eight major supermarkets, butters and spreads rose by an “astonishing” 29.4%, according to tracking by watchdog Which?

The worst individual price hike on a food item across all the supermarkets was Quaker Oat So Simple Simply Apple (8x33g) at Asda, which increased 188% from £1 on average in December 2021 to an average of £2.88 in December 2022.

Across supermarket ranges, inflation was significantly higher on budget ranges (20.3%) and own-brand items (18.5%) than premium (12.6%) and branded (12.5%) alternatives, just as consumers turned to the cheaper options to cut food bills.

Despite being the cheapest supermarket overall, Lidl’s prices went up the most in December (21.1%), followed closely by Aldi (20.8%), according to Which?’s figures.

But Which?’s latest Consumer Insight survey also shows that trust in supermarkets is plummeting, from positive 67 in May 2021 to positive 42 now.

Trust at Aldi and Lidl tended to be lower than their rivals 18 months ago but has stayed relatively the same during this period, leaving it now higher than average at positive 48 and positive 45 respectively.

Waitrose had the lowest level of trust (positive 29) among all consumers, although trust levels among its own customers is significantly higher at 54.

Price rises emerged as a common reason for a lack of trust, particularly the perception prices were sometimes artificially inflated and went beyond what was necessary for businesses to offset their own rising costs.

Which? is campaigning for all supermarkets to ensure budget line items that enable a healthy diet are widely available, particularly in areas where people are most in need.

It is also calling on retailers to make pricing and offers more transparent and provide targeted promotions to support people in the areas struggling the most with access to affordable food.

Which? head of food policy Sue Davies said: “We know food prices have risen exponentially in the last year and our inflation tracker shows the dramatic impact this is having on everyday products at the supermarket.

“Some households are already skipping meals to make ends meet and our findings show trust in supermarkets taking a hit as many people worry they are putting profits before the people suffering during this cost-of-living crisis.

“Supermarkets must do more. Which? is calling for them to ensure everyone has easy access to basic, affordable food ranges at a store near them, particularly in areas where people are most in need, as well as pricing which enables people to easily work out best value and promotions to support people who are particularly struggling.”

A Waitrose spokeswoman said: “Which?’s own research released today shows that our price inflation was in fact lower than the market average. We’re working very hard with our suppliers to ensure we offer great value, while continuing to deliver industry-leading animal welfare standards, fresh produce grown with care and fair deals for farmers.”

An Asda spokesman said: “We’re working hard to keep prices in check for customers and remain the lowest-priced major supermarket – a position recognised by Which? in their regular monthly basket comparison which has named Asda as the cheapest supermarket for a big shop every month for the last three years.”

An Aldi spokeswoman said: “We are the lowest-priced supermarket in Britain. Our customers will always pay less for their shop with Aldi and that is why Which? has named us as the cheapest supermarket in 2022.”

Tesco said: “With household budgets under increasing pressure, we are absolutely committed to helping our customers by keeping a laser focus on the cost of the weekly shop. Earlier this week, we were pleased to be recognised by The Grocer as the retailer doing the most to keep prices down right now.”

Andrew Opie, director of food and sustainability at the British Retail Consortium, said: “Retailers understand the pressure households are under and are doing everything they can to limit price rises on their products.

“Unfortunately, the war in Ukraine has pushed up the cost of many items including wheat, fertiliser and animal feed, as well as global energy prices, leading to higher prices for many staples.

“Despite these challenges, retailers are determined to support their consumers with the cost of living and provide local communities with easy access to affordable food by expanding value ranges, keeping the price of essentials down and introducing discounts for vulnerable groups.

“Fierce competition for customers is also helping to keep prices as low as possible, despite the spiralling costs retailers face.”