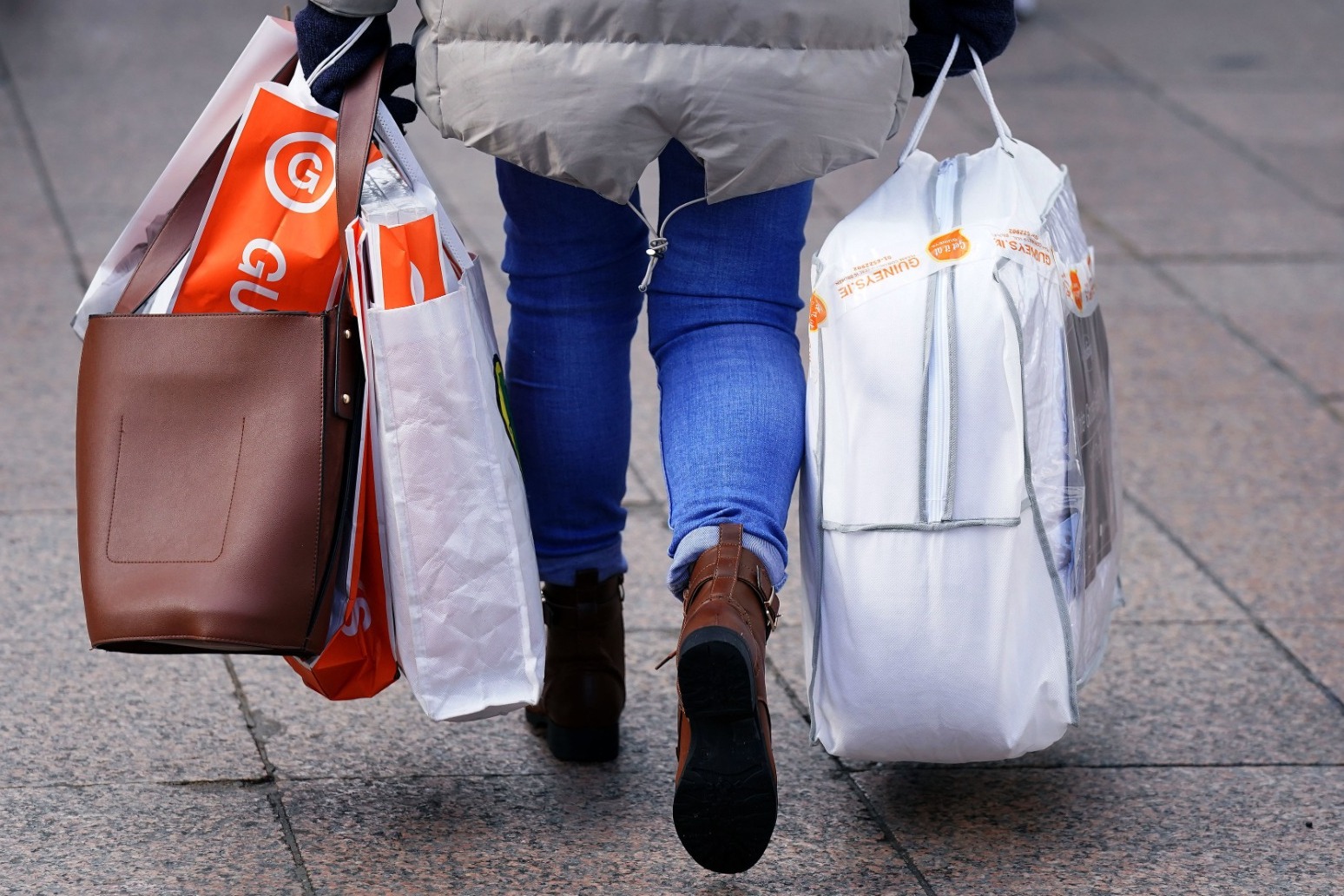 Black Friday and Christmas shopping failed to boost sales for British retailers in November, according to official figures.

The Office for National Statistics (ONS) said that retail sales volumes dropped by 0.4% last month, indicating a much weaker month than expected and following a rise of 0.9% in October.

Economists had predicted that sales would rise by 0.3%.

“However, department stores and household goods shops did report increased sales with these retailers telling us a longer period of Black Friday discounting helped boost sales.

“Food and alcohol sales were also up with consumers stocking up early to try to spread the cost of Christmas festivities.”

Non-store retailers, which means predominantly online shops, suffered a 2.8% drop in sales volumes in November, as shoppers continued to return to the high street following the Covid lockdowns.

However, they are still nearly a fifth higher than pre-Covid levels in February 2020.

Food store sales bucked the trend with volumes rising 0.9% in the month, suggesting that people were stocking up early for Christmas.

Nevertheless, in recent months, supermarkets have highlighted that they are seeing a decline in volumes sold because of the increased cost of living including higher food prices, the ONS said.

And despite retailers cutting prices of products to encourage Christmas spending over the Black Friday sales period, non-food store sales volumes fell by 0.6% in November.

Black Friday was on November 25 and the reporting covers October 30 to November 26 – meaning that Cyber Monday and any following promotion periods will be included in December’s report.

However, shoppers have been returning to department stores which saw a 1.7% rise in sales over the month, while household goods stores like furniture shops saw sales spike by 4.4%.

Some of these retailers said they had offered customers longer Black Friday promotions with offers spanning the whole month, the ONS found.

Clothing shops saw sales rise by 2.1% in November but still remained 2% below the levels reported in February 2020 before the pandemic struck.

Erin Brookes, the head of retail in Europe at management consultancy Alvarez & Marsal, said: “It is clear that retailers are struggling to shift stock, with Christmas sales beginning earlier than in recent years and discounts being offered for a longer period.

“The jury is out on whether the so-called ‘Golden Quarter’ will deliver the festive cheer that the retail sector needs.

“A combination of the cost-of-living crisis, strike disruption and severe weather will likely curtail spending further in December, affecting both in-store and online purchases.”