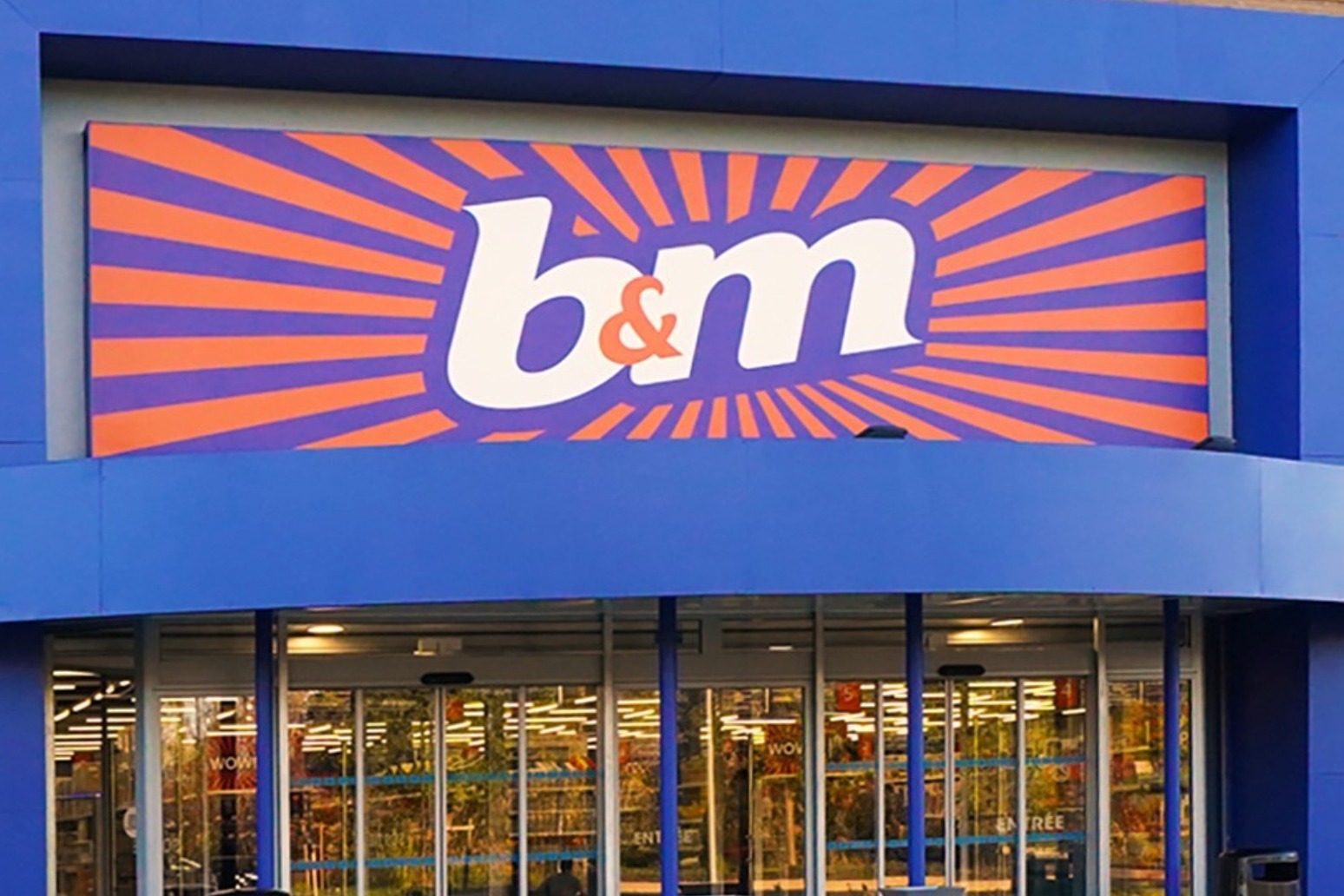 B&M said group revenues grew by 12.3% in the three months to December 24, compared to the same period a year earlier, hitting £1.57 billion.

Sales were driven up by a “very good performance” across all its product categories in the UK, including grocery items and general merchandise.

B&M sells a wide range of products at discounted prices, including furniture, toys, and electricals, and frozen food and cupboard essentials.

The retailer’s boss said it is helping existing and new customers to manage the cost-of-living crisis, thanks to its “relentless” focus on prices and the products it sells.

B&M said it now expects its full-year earnings to be higher than previously estimated, following the strong sales over the “golden quarter”, referring to the period ahead of Christmas.

It now expects group adjusted earnings to be between £560 million and £580 million, ahead of the current consensus of £557 million.

Alex Russo, chief executive of B&M, said: “Our strong momentum throughout the golden quarter across the businesses demonstrates the strength of our unchanged strategy to relentlessly focus on price, product and excellence in retail execution.

“Despite the challenging macroeconomic environment, we will continue to work hard to help both existing and new customers manage the cost-of-living crisis.”

B&M also owns Heron Foods, a low-cost supermarket in England, which enjoyed revenue growth of 22.5% in its third financial quarter, compared to the previous year.

The group has 1,133 stores in total, including 113 in France which saw year-on-year sales leap by a quarter over the period.

Susannah Streeter, senior investment and markets analyst at Hargreaves Lansdown, said: “The appetite for bargain hunting has increased sharply amid the big cost-of-living squeeze with shoppers flooding into discount stores.

“B&M is benefitting from this trend with its cut-price products piled high in baskets during the pre-Christmas period.

“Although shopper habits in the months ahead will still be hard to predict, there are some encouraging signs across the retail sector that consumer confidence is continuing to recover, which should buoy up spend, particularly on the little treats which the discount stores are so good at shifting.”

B&M told shareholders that it plans to pay out a special dividend of 20p per share on February 3, which amounts to about £200 million in total.