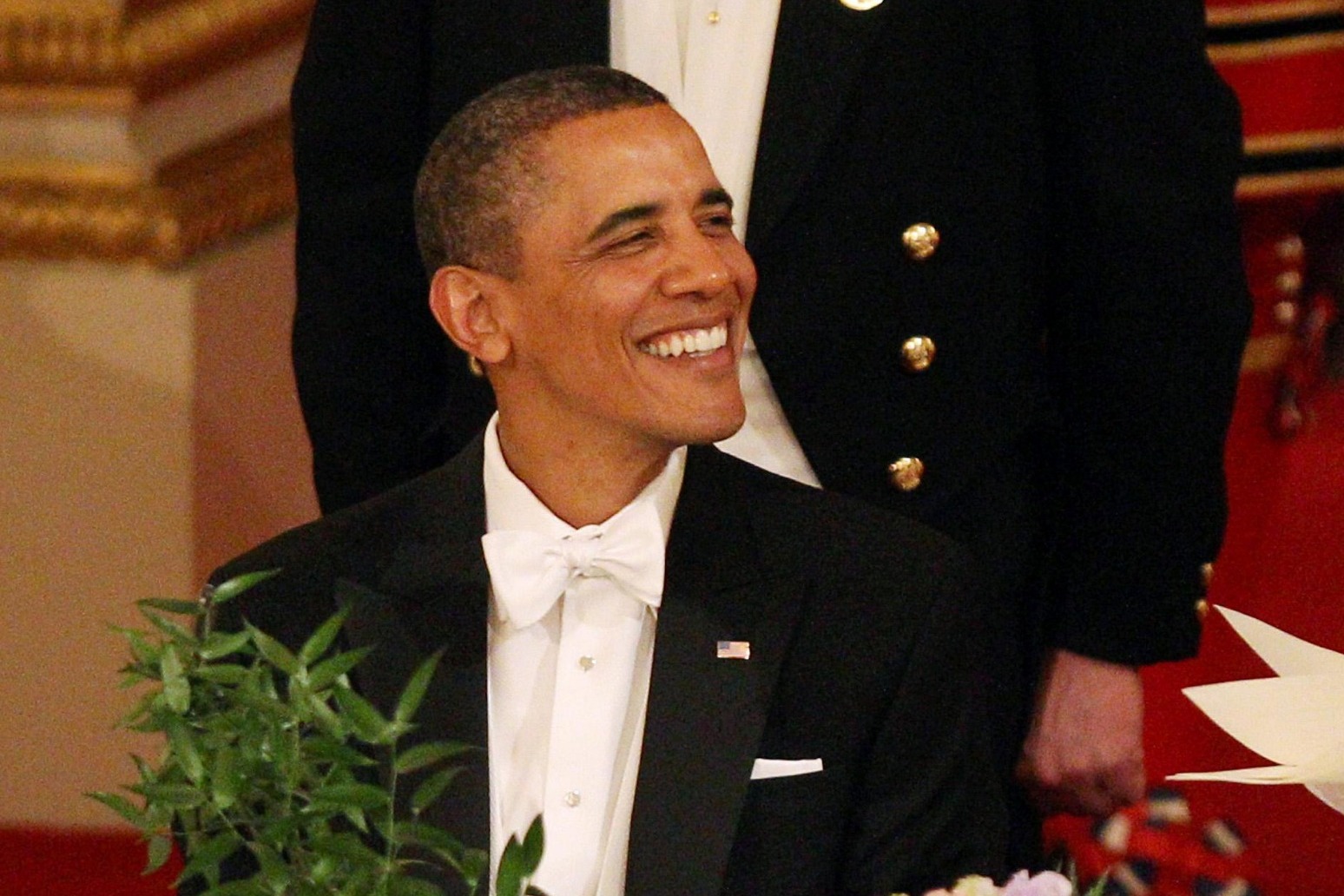 Bono has recalled his eventful experience of drinking cocktails with Barack Obama at the White House.

The Irish singer-songwriter and U2 frontman spoke to Zoe Ball on BBC Radio 2 about his experience of falling asleep in the US president’s official residence.

Speaking to the 51-year-old on her breakfast radio show, Bono, 62, said: “I don’t call it drunk… I have an allergy to salicylates which are found in red wine, pizza, tomato sauce, lots of things. So, a big night out with a lot of red wine, pizza, or aspirin – aspirin has salicylates, very bad – my head will swell up like a balloon and pop or I fall asleep anywhere.

“I’ve fallen asleep in really awkward spots; the lighting desk of Sonic Youth – they mixed around me and couldn’t be nicer. I’ve slept on the street, on car bonnets and indeed I did fall asleep at the White House and they were very, very good about it actually.”

Bono went to the White House with his wife of 30 years Ali Hewson, and said: “The 44th president of the United States, he mixes cocktails; he doesn’t have too many, he’s very measured.

“I had them and the wine and the allergy and I ended up slipping out for a kip and the president said to Ali after about 10 minutes, ‘Where’s Bono gone?’

“He goes, ‘No, no, no.’ And he comes with her and (saying) where can he be…? I know, he was asking me about the Gettysburg Address, Lincoln’s’.

“And there I was in Lincoln’s bedroom, asleep, fallen asleep in the bosom of Abraham himself.

“He just woke me up and laughed. President laughed his head off.

“But he does tell people that he drinks me under the table, he doesn’t believe the allergy thing.

“He does make strong cocktails, though, just saying.”

“And by the way, even being in the White House as a guest is a big deal because they didn’t have a lot of people round because it was a family house.

“So their kids, they were just protecting them. They wanted to give them real time with their family. So it was a very special moment.”

Bono also teased the release of new U2 music, saying: “We have an album almost finished but we’ve decided not to put it out because music is part of the times, has to reflect the times, or at least be in opposition to something, if not just to surrender.

“So we’re working on a few things.”

Ball’s full interview with Bono will air on the BBC Radio 2 Breakfast show on November 1, with an extended version available on BBC Sounds now.