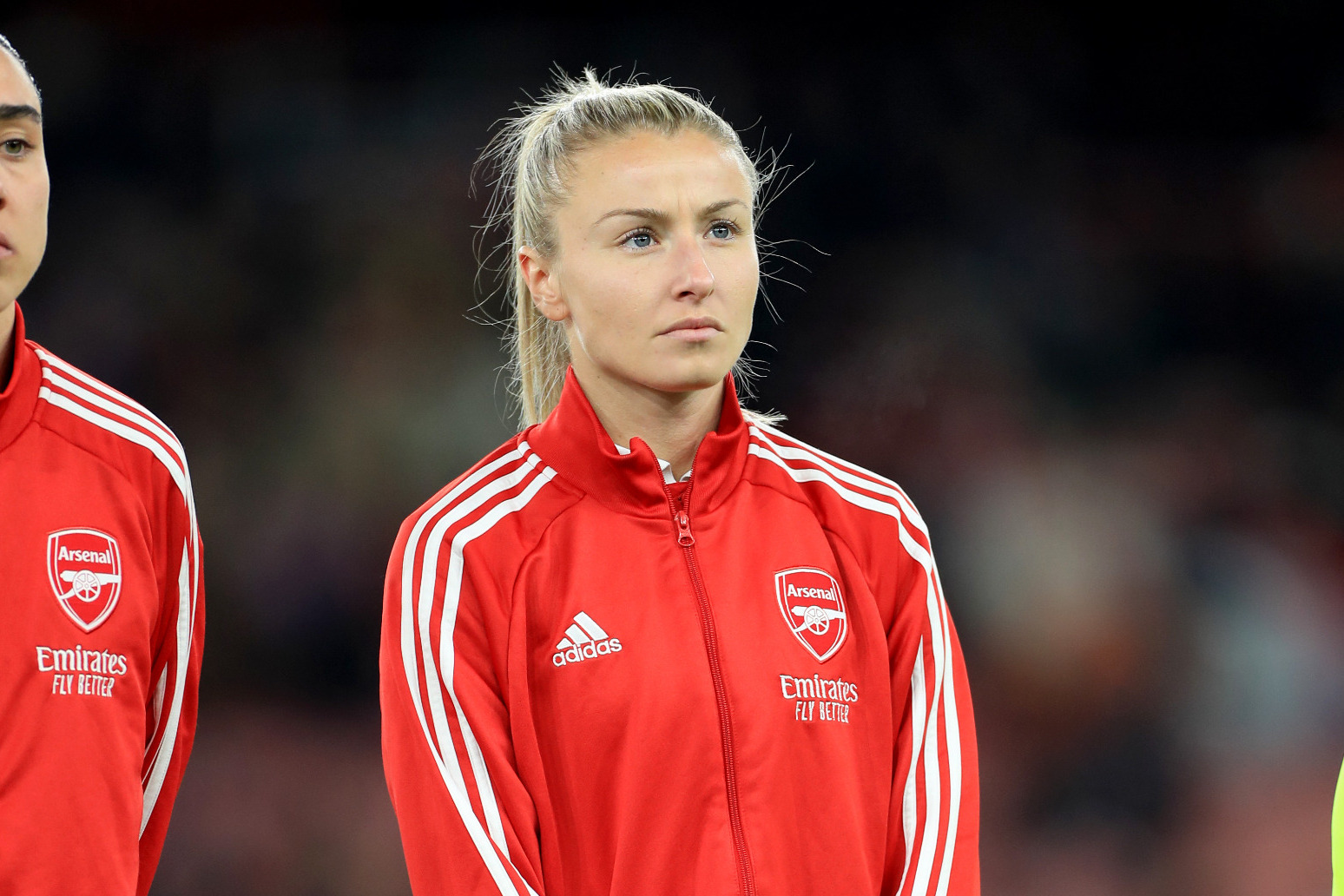 Skipper Leah Williamson is among four of England’s Euro 2022-winning side included on the New Year Honours list.

Beth Mead, Ellen White and Lucy Bronze are the others recognised after the triumph in July that brought the Lionesses the first piece of major silverware in their history, and the first for a senior England team since the men’s 1966 World Cup success. The team’s Dutch head coach Sarina Wiegman was made a CBE on the Overseas List.

Arsenal defender Williamson lifted the trophy following a 2-1 extra-time victory for Wiegman’s side over Germany at Wembley, where a crowd of 87,192 – a record for any Euros match, women’s or men’s – were in attendance.

The 25-year-old becomes an OBE, while the other trio have been made MBEs.

Gunners team-mate Mead, 27, was named player of the tournament at the Euros and claimed the Golden Boot, having scored six goals and provided five assists. The forward subsequently finished as Ballon d’Or runner-up in October and last week was named BBC Sports Personality of the Year.

Striker White, England Women’s all-time record scorer, netted twice during the tournament to take her tally for the team to 52.

Her appearance in the final, her 113th cap, proved the last of her illustrious career, with the 33-year-old former Manchester City player, who has also featured for Great Britain at two Olympics, announcing her retirement in August.

Barcelona right-back Bronze, 31, scored in the 4-0 semi-final thumping of Sweden at the Euros, her fourth major tournament with the Lionesses.

She recently won the 100th England cap of a career that has included being named FIFA women’s player of the year in 2020.

Football Association chair Debbie Hewitt said: “I would like to congratulate Sarina, Leah, Beth, Ellen and Lucy on behalf of everyone at The FA. We are delighted that their services to football have been recognised in this way.

“They all played a pivotal role on and off the pitch in a historic year for women’s football and their recognition is wholeheartedly deserved.

“These individual honours are a positive reflection of the whole squad and support team and as this memorable year draws to a close, I would like to voice my thanks and pay tribute to them all.”

Asked why not all the England squad have been recognised following their Euros triumph, Sir Hugh Robertson, chairman of the honours sports committee, said: “The approach that we’ve tried to take with this is when we have these events there is a danger in sort of carpet bombing the entire squad because then you get people who’ve done five minutes on the pitch and get an award.

Other players from the women’s game being honoured are Wales captain Sophie Ingle, who becomes an OBE, and Scotland duo Kim Little and Jen Beattie, both MBEs.

Chelsea midfielder Ingle is another player with over 100 international appearances to her name, and was part of the Great Britain squad at the Tokyo Olympics in 2021 alongside Williamson, White and Bronze.

Ingle said: “I am truly honoured to receive this. It is a huge honour for not only myself, but my family and all those involved with the Welsh women’s side who have worked tirelessly to help the platform be where it is today.”

Little was also in that GB squad, joining White in going to a second Olympics nine years on from featuring at the London Games. The Arsenal midfielder has scored 59 goals in 140 Scotland appearances.

Beattie, another Arsenal player, who has played 143 times for Scotland, scoring 24 goals, has been honoured for services to association football and charity.

The defender last year recovered from breast cancer having been diagnosed in October 2020.

She received the Helen Rollason BBC Sports Personality of the Year award in 2021 after speaking publicly about her experiences and encouraging people to get checked.