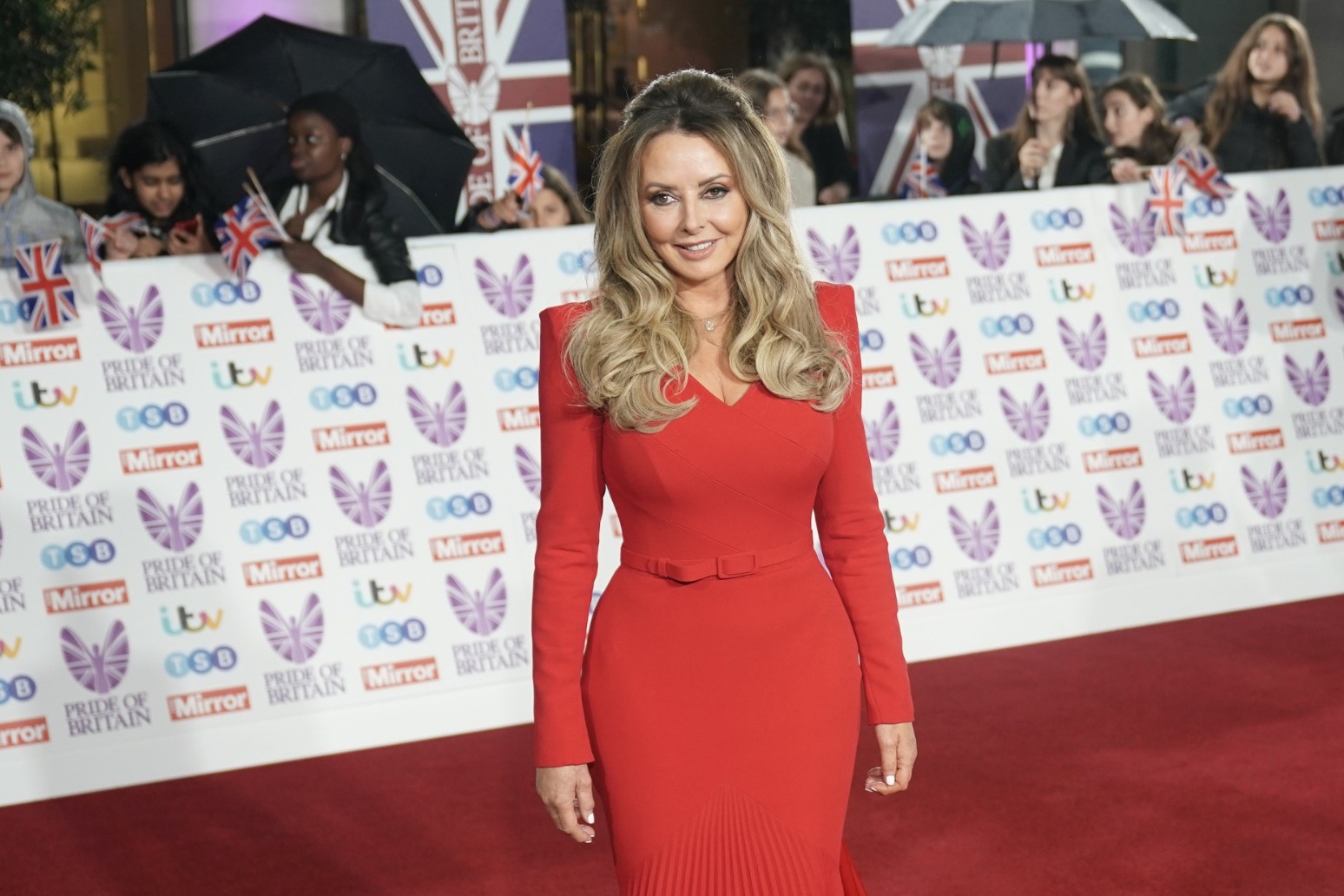 Carol Vorderman says Jeremy Clarkson’s newspaper column, in which he said he dreamt of seeing the Duchess of Sussex publicly humiliated, “didn’t just cross the line, it obliterated it”.

The former Countdown host, who was one of the first high-profile figures to openly criticise Clarkson online, said his remarks “normalised hatred”.

Published in The Sun on Friday, the article has been condemned by celebrities and politicians, as well as the former Top Gear host’s daughter, Emily Clarkson.

In the piece, Clarkson wrote that he “hated” Meghan, adding that “everyone who’s my age thinks the same way”.

In her own newspaper column, written in The Daily Express on Tuesday, Vorderman said Clarkson’s comments were not acceptable “on any level”.

“After the Harry and Meghan Netflix series, I’d heard more than enough discussion about every tiny nuance,” she wrote.

“But Jeremy Clarkson’s take – that the duchess ought to be paraded naked and have excrement thrown at her – didn’t just cross the line, it obliterated it.

“Not on any level, in any circumstance, is it OK to write this stuff about any woman. It’s time we all called out violent hatred of any woman.

“Whatever our thoughts about the couple, and I’m not particularly interested, Clarkson’s words normalise hatred.”

Vorderman went on to praise Clarkson’s “wonderful” daughter for calling out her father’s behaviour, having previously retweeted a statement from Ms Clarkson.

Earlier, Vorderman revealed she herself had suffered abuse online following her initial tweet, in which she had shared a portion of the column, but said that the backlash was “like watching the last death throes of a dinosaur age”.

“Sad souls who are angry at new thought, at equality, at kindness,” she said.

“But this chapter has also brought the calm, normally silent, people together. We fight on.”

It comes as a group of more than 60 cross-party MPs wrote to the editor of The Sun, Victoria Newton, demanding that action be taken against Clarkson, and an apology be issued to Meghan.