Chinese officials to be prevented from attending Queens lying in state 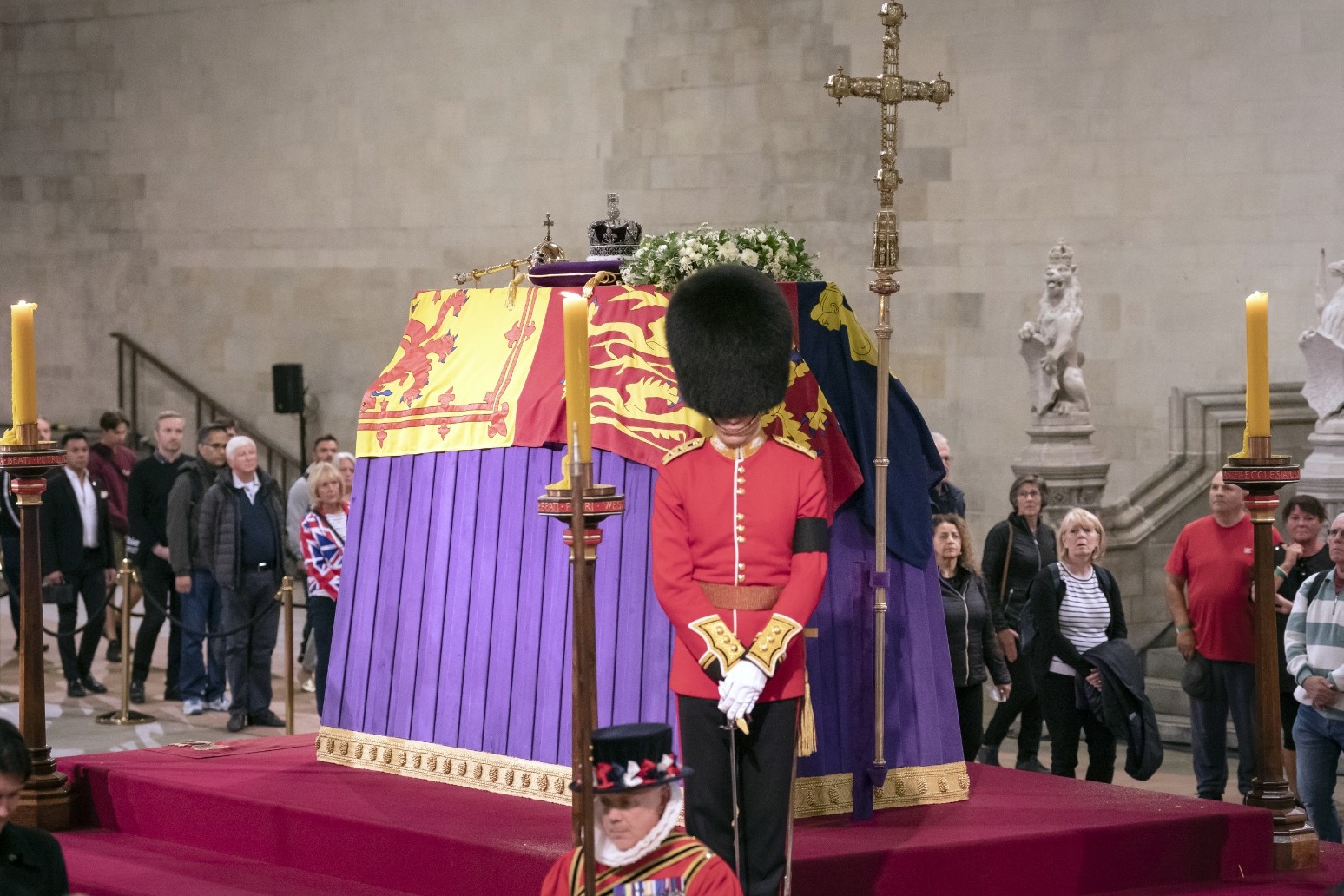 An official delegation from China has reportedly been banned from attending the Queen’s lying in state.

It comes amid a row over Chinese representation at the funeral of the late monarch, with concerns raised by some Conservative MPs over the extension of an invitation to the country.

Senior Tory MPs Tim Loughton and Sir Iain Duncan Smith this week wrote to the Commons Speaker and Lord Speaker, calling it “extraordinary” that Chinese representatives should have received an invitation.

The group from Beijing has been refused permission by Commons authorities to attend the lying in state after an intervention by the Speaker, a senior parliamentary figure told news website Politico.

Sir Lindsay Hoyle reportedly told colleagues he declined a request for the delegation to be allowed access to Westminster Hall, where crowds continue to pay their respects to the Queen ahead of her funeral on Monday.

A House of Commons spokesman said “we do not comment on security matters” when queried.

A spokesman for Sir Lindsay also declined to comment.

The letter to Sir Lindsay from Tory politicians, also signed by crossbench peer Lord Alton and Labour peer Baroness Kennedy, said: “We are greatly concerned to hear that the Government of China has been invited to attend the state funeral next week, despite other countries Russia, Belarus and Myanmar being excluded.

“Given that the United Kingdom Parliament has voted to recognise the genocide committed by the Chinese Government against the Uighur people it is extraordinary that the architects of that genocide should be treated in any more favourable way than those countries who have been barred.”

The Chinese Government is reportedly considering sending a delegation to the funeral on Monday in Westminster Abbey but it is unclear whether President Xi Jinping will attend.

The Chinese leader this week meet with Russian President Vladimir Putin at a summit in Uzbekistan.

The UN recently published an assessment of human rights concerns in the Xinjiang region of China and concluded “serious” violations have been committed there linked to Beijing’s so-called counter-terror and counter-extremism policies.

The Government has increasingly signalled a willingness to take a harder line against China and, as foreign secretary, Liz Truss was seen as a key voice pushing for a tougher stance.

Invitations to the Queen’s state funeral have not been sent to Russia, Belarus or Myanmar, while Iran will only be represented at an ambassadorial level, it is understood.