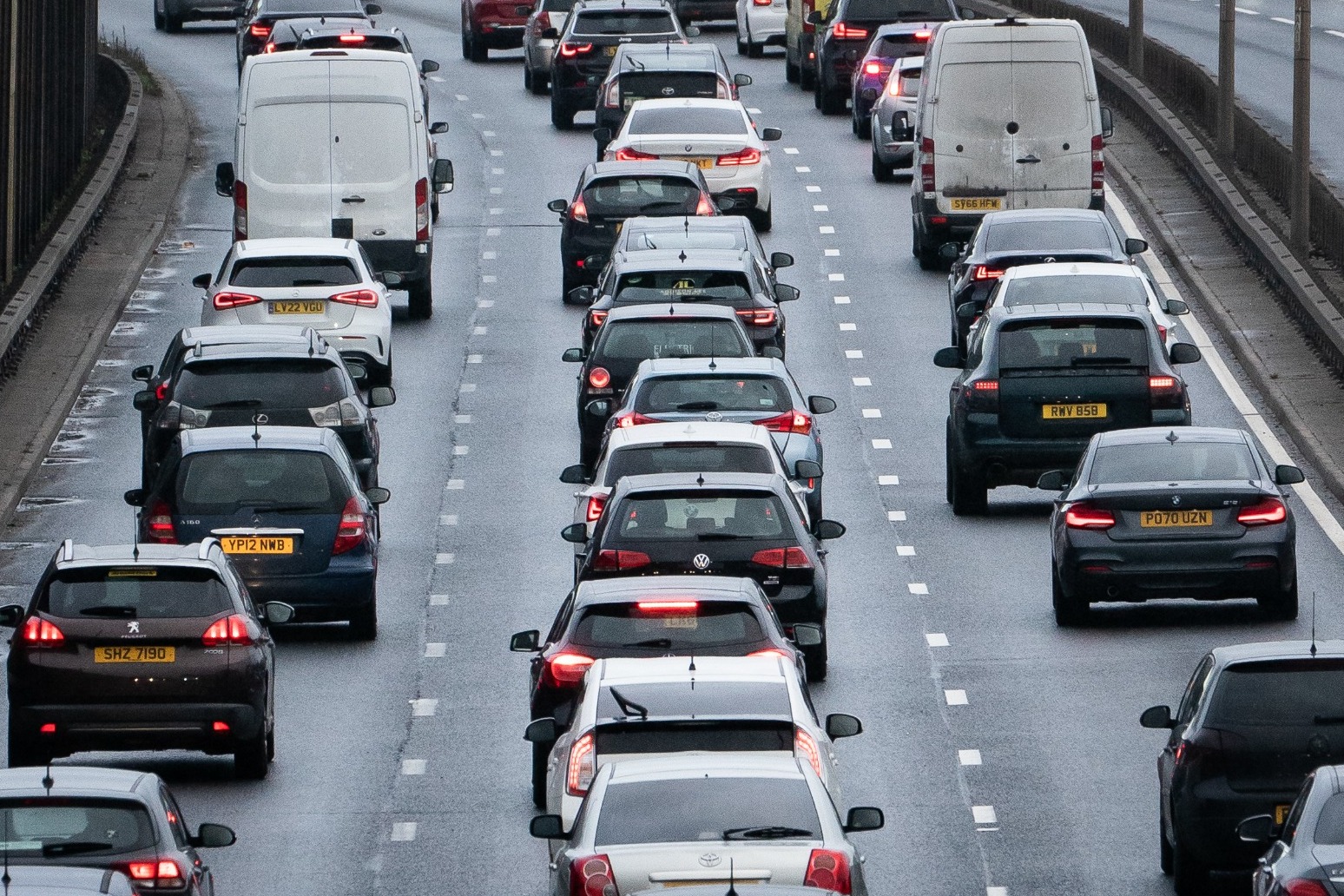 A perfect storm of heavy rain, motorway collisions, and rail strikes is creating travel misery for thousands attempting to drive home for Christmas, as congestion worsens across the UK.

Accidents on the M1 and flooding which has forced a partial closure of the M25 are among the disruptions causing major traffic jams on the Friday before Christmas, the AA has warned.

The insurance company said it has attended 9,000 breakdowns throughout the day, with more expected as commuters continue to join the getaway traffic.

AA Roadwatch has reported problems on motorways across the nation, from the M90 west of Edinburgh to the M11 near Stansted Airport.

Edmund King, AA president, said festive traffic has been worsened by rain, and urged motorists to prepare for the weather before heading out.

He said: “The wet weather has played a role in adding to congestion on the roads, which were already busier due to the ongoing rail strikes.

“The rain has also led to more pothole breakdowns, such as punctures, as the puddles tend to hid the potholes.

“Our five-star patrols are working flat out to rescue drivers and get them back on their way.

“Some of these breakdowns could have been avoided by drivers carrying out essential checks before they venture out.

“Much like Father Christmas, it’s worth making a list and checking it twice, as you’ll want to find out if your car will be naughty or nice.

“That way you’ll know if you’re coming to town.”

A band of heavy rain is moving north from southern England and Wales to southern Scotland and Northern Ireland throughout the day.

Among the locations experiencing problems are multiple sections of the M25, the M1 around Luton, the M3 in Basingstoke, the M4 in Wales, the M5 in Exester, the M6 at Walsall, the M42 at Solihull, flooded regions of the M55, and the M60 west of Manchester.

National Highways earlier said a 10-mile queue built up due to the M25 being closed from junction 11 (Woking) to junction 12 (the M3) while standing water is cleared.

Two out of four lanes were later reopened.

The RAC issued a “severe traffic alert” for the clockwise section of the M25 between junction seven for the M23 and junction 16 for the M40.

Many people are switching to road transport due to thousands of members of the Rail, Maritime and Transport (RMT) union at Network Rail walking out from 6pm on Christmas Eve, causing train services to finish at around 3pm that day.

An overtime ban is also causing major disruption to services by a number of operators on Friday, including Chiltern Railways, East Midlands Railway and South Western Railway.

Transport analytics company Inrix expects journey times by road to be around 14% longer compared with the same period last year.

The RAC urged motorists to carry out pre-journey checks on their vehicle before setting off, to reduce the chance of suffering a breakdown.

National Highways said almost 98% of England’s motorways and major A-roads will be fully open until the end of January 2 due to it completing and lifting roadworks.