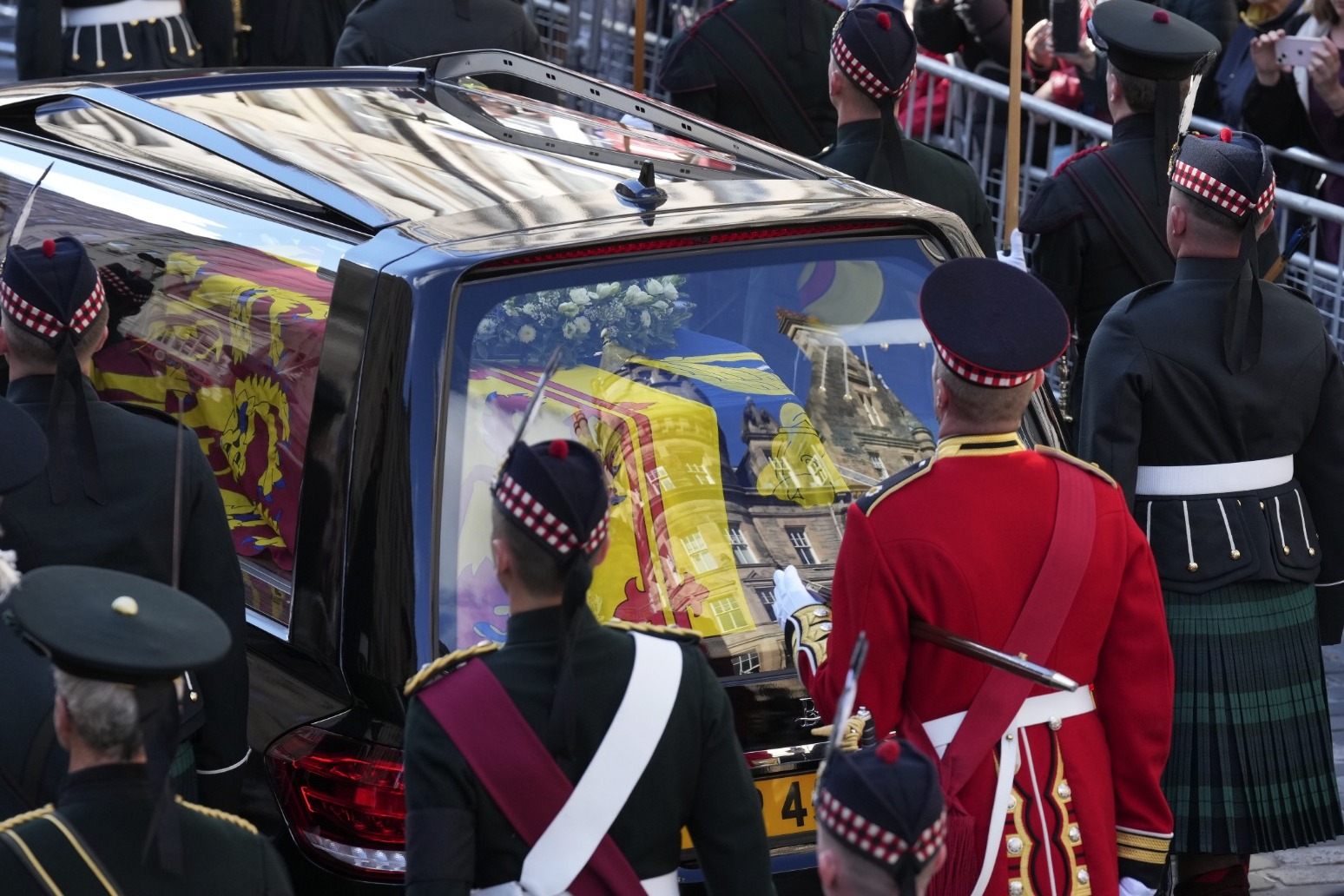 Participating in the procession that will take the Queen’s coffin to Westminster Hall is “our last opportunity to do our duty for the Queen”, the senior officer in charge has said.

Major General Christopher Ghika, of the Household division, is responsible for organising the ceremonial aspects of the Queen’s funeral.

He spoke to the PA news agency amid a full rehearsal for the procession of the Queen’s coffin to Westminster Hall.

The early-morning rehearsal saw a black coffin placed on the horse-drawn carriage of the King’s Troop Royal House Artillery and marched from Buckingham Palace to Westminster Hall, where the Queen will lie in state ahead of her funeral on Monday.

Funeral marches composed by Mendelssohn, Beethoven, and Chopin were played.

The real procession will take place at 2.22pm on Wednesday.

Major General Ghika described participating in the procession as a “once-in-a-lifetime opportunity”.

“For everybody on parade it’s a once-in-a-lifetime opportunity,” he said.

While many of those in the procession never met the Queen, Lieutenant Colonel Jason Burcham, who will conduct the Royal Marines band, spent a period in the mid-90s playing the piano on the royal yacht.

Between 1994 to 1996 he was part of a 24-person band that provided entertainment for members of the royal family and their guests on HM Royal Yacht Britannia.

“We were always invariably in different rooms slightly out of sight, so they couldn’t see us, but the music drifted,” he said.

“But there were also these occasions at the end of a meal (where) we provided extra.

“So anything from a solo item to something comedy.

“We had a bassoonist who used to dress up as Batman and play a bassoon solo, which the Queen loved.”

He said that the Queen “cried with laughter” when she heard it.

“It was called Lucy Long,” he said.

“It was the funniest thing, the Queen loved it.

“We did it on a number of occasions because she asked for it specifically, she cried with laughter.”

Those involved in the procession have been preparing since the news first broke of the Queen’s death.

However, the humans are not the only ones who have been preparing for the big day.

Sergeant Tom Jenks, from the King’s Troop Royal Horse Artillery, said that the horses have undergone special training for the funeral, including how to handle weeping mourners, as well as flowers and flags being thrown on to the procession.

Sgt Jenks, who will be leading the gun carriage that pulls the Queen’s coffin, said: “The horses go through preparations and training, so they get taken away after we’ve been training for our normal daily routines.

“They get exposure to loud noises, crowds, flags, flowers, people sobbing, even to the point of banging lots of drums and making aggressive noises.”

He added that the main issue for the horses is moving at a slower pace.

“They’ve struggled to slow them down, and it’s quite a tall order to ask them to walk at a slow march pace.”

Luckily for the procession, they have the experience of Cassius, an 18-year-old horse who participated in Margaret Thatcher’s funeral, on hand.

“So he’s retiring after this parade, and he was not kept on especially but he was kept because we couldn’t retire him until we had another horse of his establishment to be able to replace him,” Sgt Jenks said.

“It’s quite fitting that he gets to retire doing this job.”