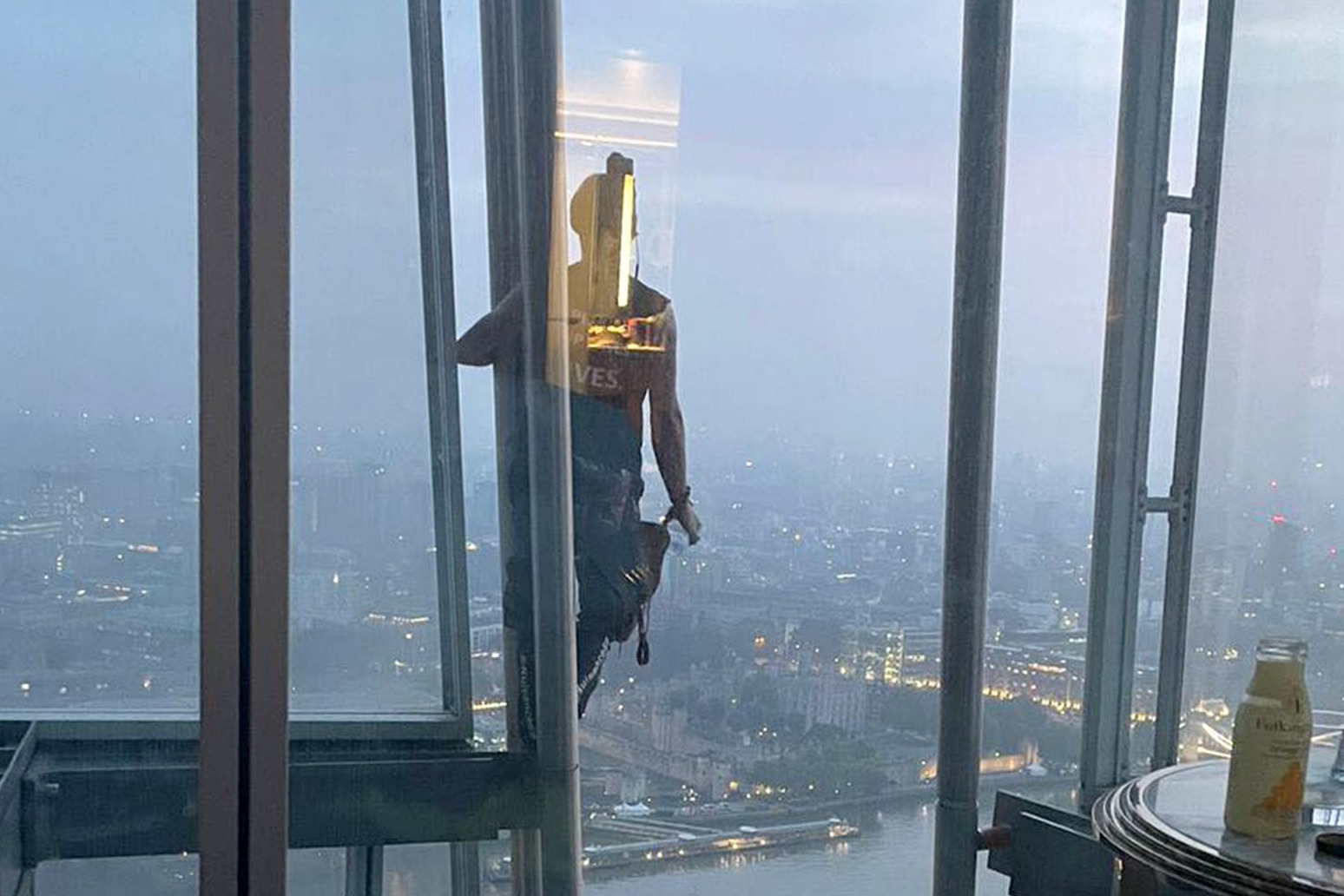 A couple staying on the 40th floor of The Shard were in bed when they spotted a man waving and climbing past their window at 6am.

Paul Curphey said it was “amazingly uplifting” to see the young man on Sunday, who had appeared to scale the 1,016-foot building in central London barefoot.

Mr Curphey, 52, and his partner Treasaidh, were visiting the capital for a birthday trip and were lying in bed on floor 40 of the building when someone started “waving at the window”.

“The climber was yelling in celebratory fashion,” Mr Curphey, a retail businessman from the Isle of Man, told the PA news agency.

“He appeared, waving at the window, 40 floors up, already in the deep end so to speak. We couldn’t help but urge him on to complete his mission.

“He was smiling, waving, and having the time of his life.

“(My) partner thought I had pulled all the stops out and managed to get a guy to bring a box of Milk Tray for her birthday.”

Mr Curphey added the climber had a “happy demeanour”.

“It was scary to see, but his happy demeanour was amazingly uplifting.”

YouTuber Adam Lockwood posted pictures and videos of himself climbing The Shard on Sunday, with one post appearing to show him at the top of the building.