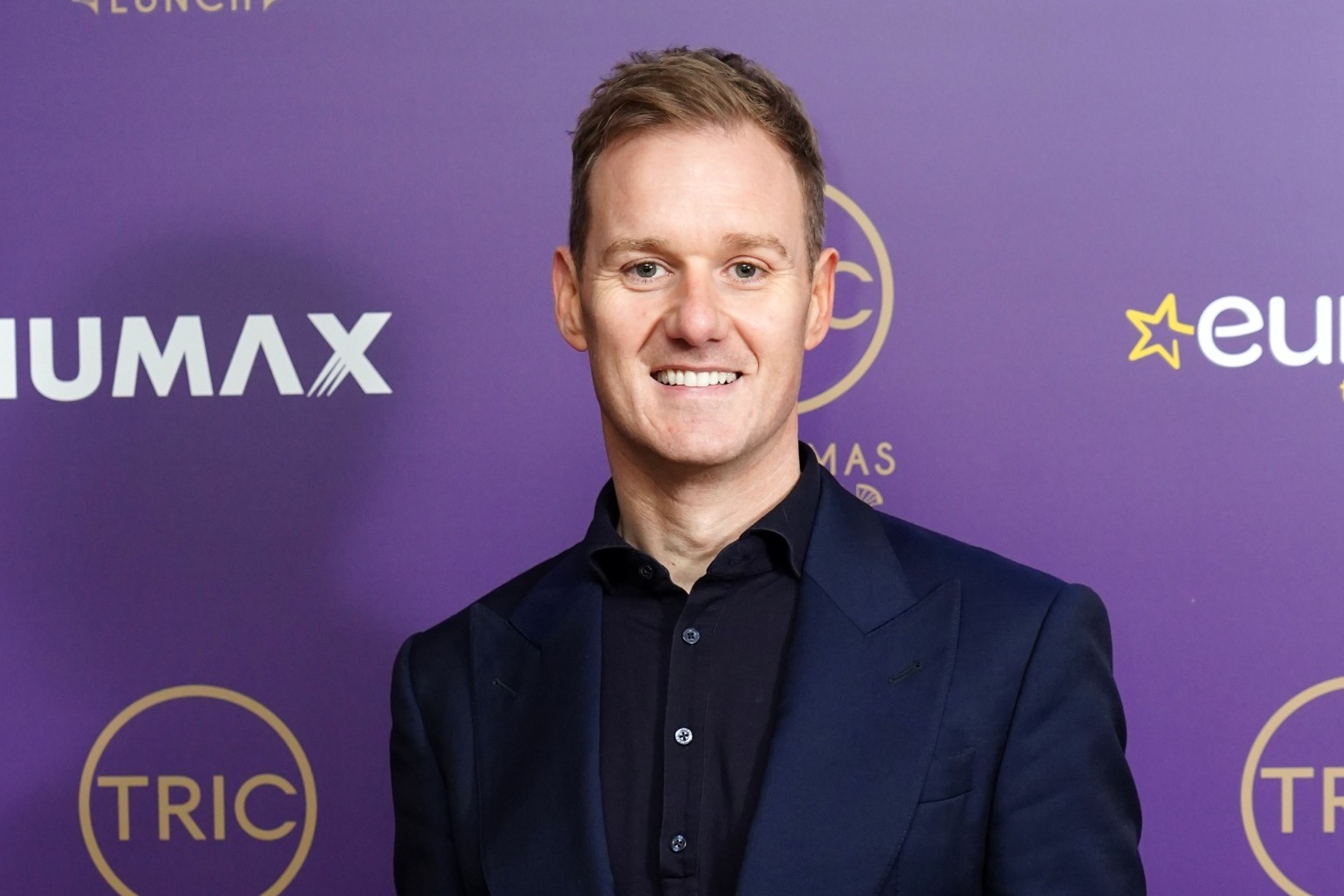 Broadcaster Dan Walker has recalled his exhilaration presenting the BBC’s football show Match Of The Day alongside former England footballer Alan Shearer, which he had dreamt of as a child.

The former BBC Breakfast presenter, 45, left the sofa after six years to become the lead presenter on the relaunched flagship news bulletin 5 News on Channel 5 in June, which he said he was “really enjoying”.

Speaking on James Martin’s Saturday Morning on ITV, he said: “I was at the BBC for a long time, but I suppose whatever walk of life you’re in sometimes you get presented with a new challenge and you just want to go for it.

“I think it was a massive opportunity and I get to do the news but also do all sorts of other news programmes as well. A bit of everything.

“I feel very thankful and very privileged as well, because as a kid growing up essentially all I wanted to do was present Match Of The Day.

“I got to do that and, when they played the Match Of The Day music and I was sat next to Alan Shearer, he actually used my name in the first answer, he said ‘Well Dan’, and the little kid inside my head was like ‘Alan Shearer knows my name’.

“There’s a bit of that still going on, I still feel like I can’t quite believe I’m doing this job and enjoying it as much as I do.”

Walker, who has written four books, explained his passion for writing about unheralded and humble heroes whose actions have helped shape their communities.

“You can seek the truth and you can change the world for people and I think that’s an incredible privilege.

“It’s a responsibility as well, but that’s why I love my job (which) essentially is to say look at this person, they’ve had a really tough time, or look what they’re going through but they’ve come out the other side, and we can all learn something from what they’ve been through, and that’s the sort of stories I love to tell.”

Walker said the mathematician Sir Isaac Newton was the inspiration for the name of his latest book, Standing On The Shoulders, which follows his third book, Remarkable People.

He said: “It was Isaac Newton who said ‘If I’ve seen a long way it’s because I’ve been standing on the shoulders of giants’, so that’s why I called the book that, because I feel all the people in there help you to see a bit further than you can on your own.

“For me, everybody in there is the sort of person for whom five minutes isn’t enough on TV or radio, and I want to go back to them because they’ve been through something that I would love to know more about.