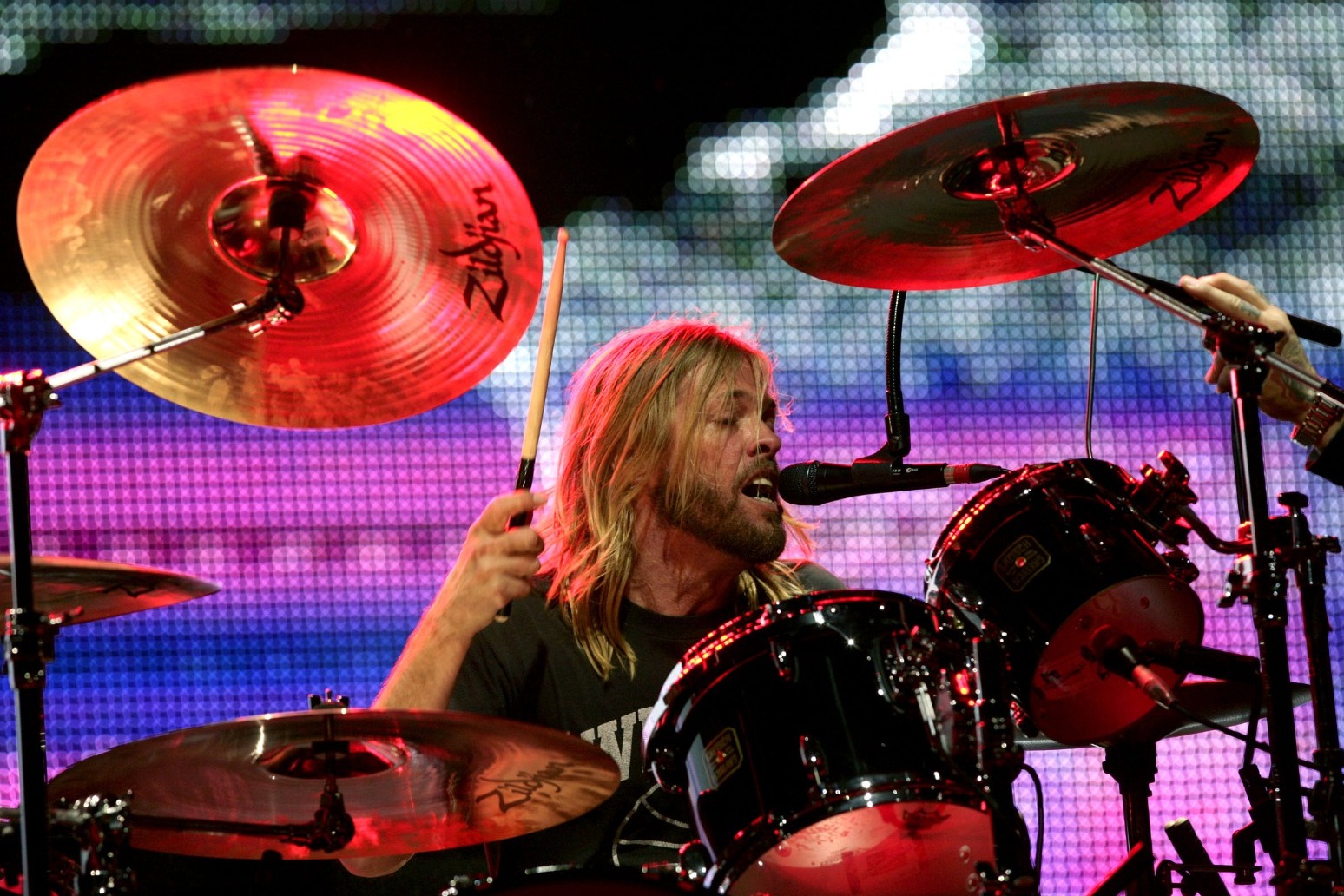 Foo Fighters’ Dave Grohl has paid tribute to his “bandmate” and “brother” Taylor Hawkins at a special concert at London’s Wembley Stadium.

Thousands of fans roared as Grohl asked them to “sing and dance, and laugh and cry” in honour of the band’s drummer Hawkins, who was found dead in his hotel room in Colombia in March.

Grohl told the crowd that no-one could make you laugh, dance, or sing like Hawkins could.

“Ladies and gentlemen, tonight we’ve gathered here to celebrate the life, the music and the love of our dear friend, our bandmate, our brother, Taylor,” he said.

“For those of you who knew him personally, you know that no-one else can make you smile, or laugh or dance or sing like he could, and for those of you that admired him from afar, I’m sure you’ve all felt the same thing.

Oasis frontman Liam Gallagher then opened the event with a rendition of his former band’s hit Rock ‘N Roll Star, while Grohl played the drums.

Balloons bounced around the crowd as Gallagher immediately followed with Live Forever.

Speaking about an event at Madison Square Garden in New York, Chappelle said: “I went backstage and hung out with the Foo Fighters, and I met a kid who must have been 12 or 13 years old.

“And I asked him, because he had skate shoes on, if he skated, and he said: ‘I don’t skateboard because I don’t want to hurt my arms.’

He then introduced Queens of the Stone Age and Nile Rodgers, who played David Bowie’s Let’s Dance.

The event is a celebration of the late Hawkins and his band’s first performance since the 50-year-old drummer was found dead in his hotel room in Colombia in March.

Funds from concert tickets and merchandise sales will go to the Music Support and MusiCares charities, which were selected by the Hawkins family, who have helped organise the event.

He joined Foo Fighters in 1997 after previously touring with Alanis Morissette. Hawkins also starred with the band in their recently released film, Studio 666.

Following his death in March, the band cancelled their upcoming tour dates as well as a planned performance at the Grammys.

The London show will be followed by a second concert on September 27 at The Kia Forum in Los Angeles, featuring acts such as Alanis Morissette and Chad Smith from Red Hot Chili Peppers on the bill.