David Tennant pictured filming scenes on set of Doctor Who 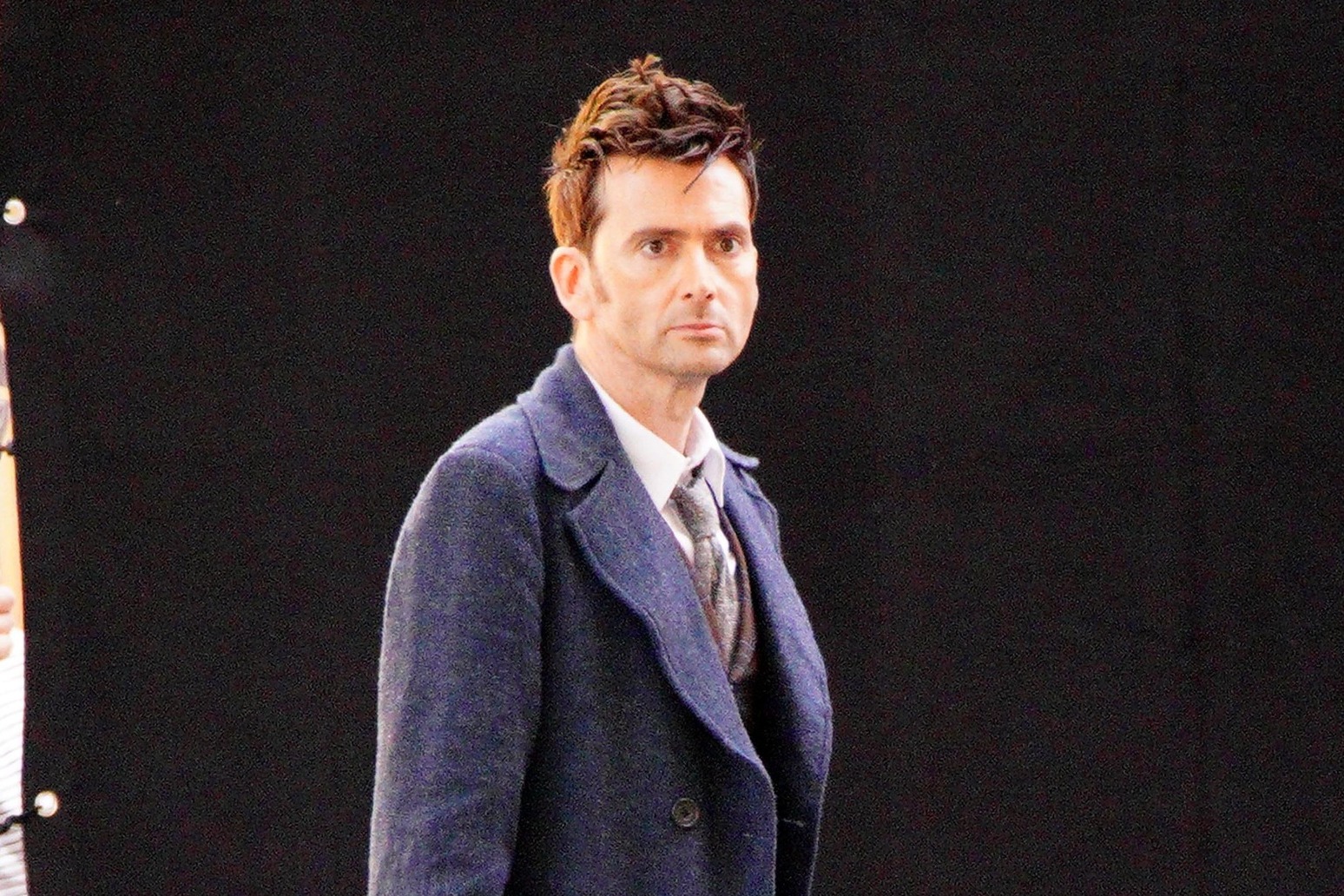 David Tennant has been spotted on the set of Doctor Who donning his classic suit and trenchcoat as filming for the hit sci-fi series takes place in Bristol.

Scottish actor Tennant, 51, first stepped into the Tardis in 2005 to play the 10th Time Lord, with his final episode airing on New Year’s Day in 2010.

It was announced last month that Tennant would be returning to the show alongside Catherine Tate, 52, who played his former companion Donna Noble, to film scenes due to air next year to coincide with the 60th anniversary celebrations of the popular TV series.

Tennant could be seen on the set in a burgundy and blue tartan suit with a white shirt and grey tie, paired with a navy trenchcoat and white trainers to complete his signature look.

He appeared pensive during the scene, but details of what he was filming are not known.

Tennant took over the starring role of the Doctor in 2005 from Christopher Eccleston and was succeeded by Matt Smith.

He was also seen in the 50th anniversary special, The Day Of The Doctor, in 2013.

It was recently announced that Sex Education star Ncuti Gatwa will be taking over from Jodie Whittaker to become the show’s 14th Doctor.

The 29-year-old becomes the fourth Scot to take up the post, following on from Sylvester McCoy, fellow Royal Conservatoire graduate Tennant and Peter Capaldi.

Queer As Folk and It’s A Sin writer Russell T Davies is also returning as the programme’s show-runner after departing the programme in 2009.

Davies, who is responsible for Doctor Who’s revival in 2005, will be back to celebrate the show’s 60th anniversary in 2023 and beyond, the BBC previously said.