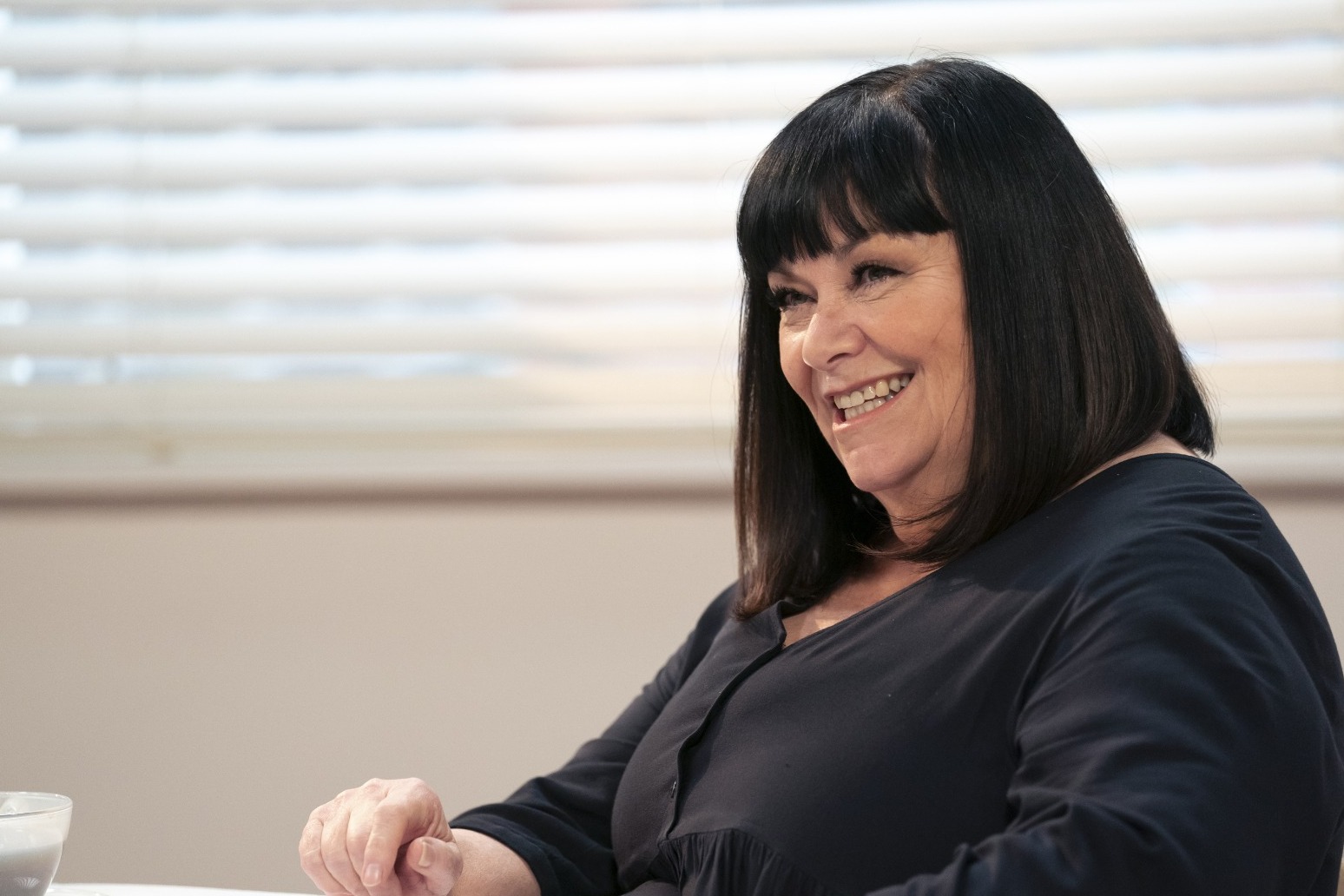 Dawn French has said she would like to die “on stage” and be dragged “off to the side”.

The Vicar Of Dibley actress, 65, was reflecting on her death as part of a new podcast.

Kathy Burke asked fellow comedian French in Where There’s a Will, There’s a Wake, released on Tuesday, how she would like to die.

French said she would “quite like” to die on stage when a sign appears saying “twat” on it during the panto Jack And The Beanstalk which she is starring in alongside Julian Clary.

She said: “Yeah, twat to come in and (I) just collapse, sort of Tommy Cooper-style, right then with a big laugh that goes with it and a round of applause, because people think, ‘Oh, she’s doing a joke’.

“Then there’d be a bit of an awkward silence and then one of my lovely crew would come off and just drag me off, unceremoniously. Yeah, off to the side.”

French also gave details of her dream funeral procession which would include her “possibly” being dressed in a vicar’s outfit while lying in a see-through Barbie-style coffin and drag queen RuPaul in a top hat.

She added: “I’d like the whole coffin to be raised up, upright, on the Tamar Bridge as you enter Cornwall with ‘You are now entering Cornwall’ written underneath…

“Maybe even my hand, like, bony skeletal hand, could be out to the side of the coffin just waving.”

French wants Jennifer Saunders – who she starred with in BBC comedy sketch show French And Saunders, which also featured Burke – reading her eulogy that would be written by Richard Curtis, who created BBC sitcom The Vicar Of Dibley.

She added: “Jennifer (will) have to read it because it would kill her to have to say so many nice things about me. Right.

“I would also insist that the very last line of the eulogy is sung… I might even insist that she sings The Wind Beneath My Wings or something like that.”

Burke told French her death date would be Saunders’ 90th birthday on July 6 2048.

French said her lawyer would tell her husband, daughter and stepchildren that all her money would go to “worthy causes” like the Flat Earth Society, sick kittens and people who do Civil War battles.

She added: “(My lawyer would say) ‘Dawn has made sure that you are provided for with some trinket… for you, her darling daughter, a comb… for you, her loving husband, an axe’.”

She was married to comedian Sir Lenny Henry for more than 20 years before they divorced. She is now married to charity worker Mark Bignell.

Jack And The Beanstalk is on from December 10 to January 15 at the London Palladium.

Where There’s a Will, There’s a Wake will also feature comedians like James Acaster and Jamali Maddix.