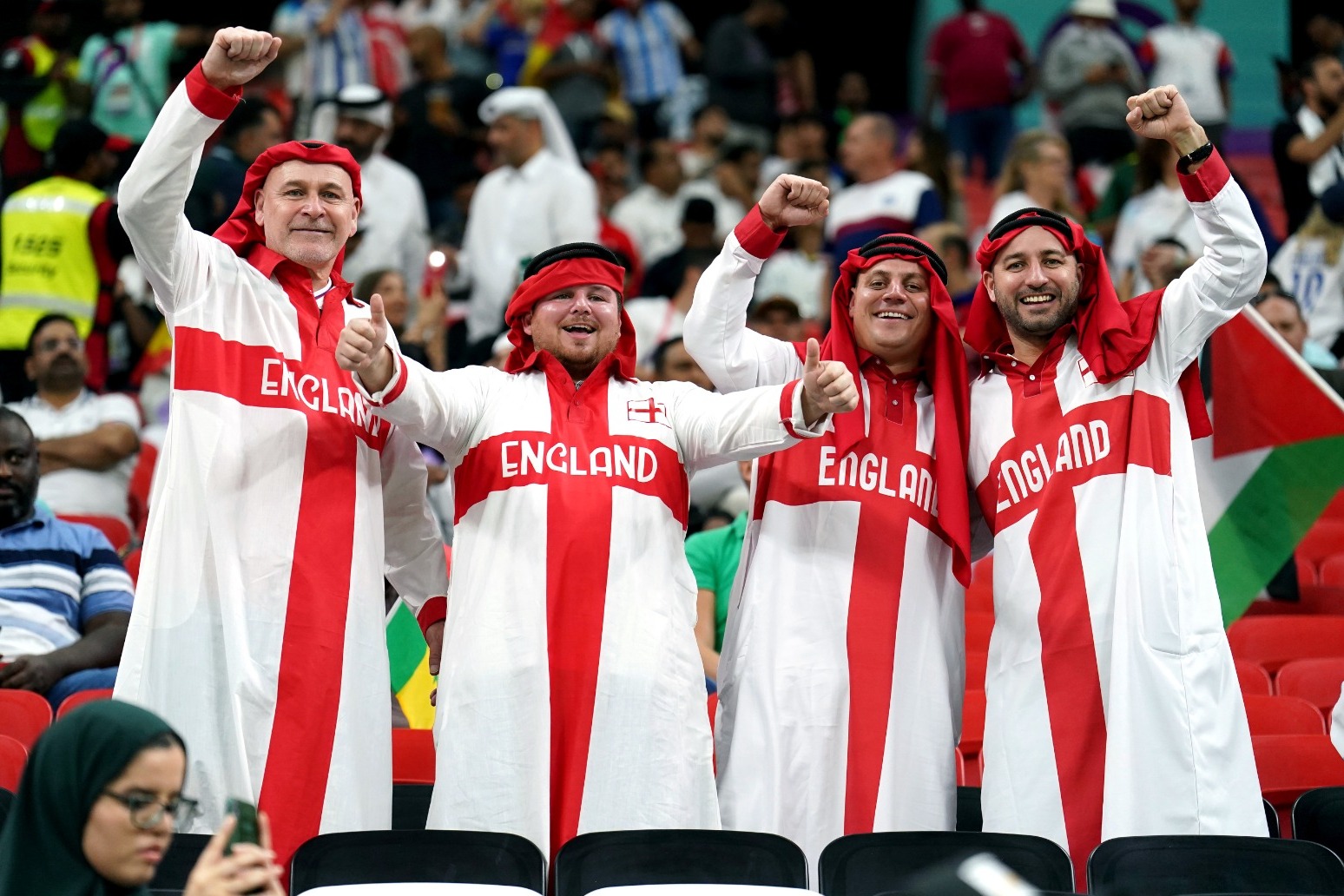 England and Wales fans have been praised for their “exemplary” behaviour at the World Cup in Qatar by the UK’s football policing lead.

Chief Constable Mark Roberts of Cheshire Police said there had been no police incidents and no arrests of British nationals throughout the teams’ participation in the tournament.

Roberts said it would be wrong to entirely attribute this success to the heavily restricted sale of alcohol in Qatar but insisted it “has helped to some degree”.

Roberts is a staunch opponent of proposals contained in last year’s fan-led review for a pilot to allow fans at participating stadia to drink in sight of the pitch.

Speaking about the conduct of British fans at the World Cup, Roberts said: “The behaviour of England and Wales out in Qatar was absolutely exemplary.

“Throughout the home nations’ involvement in the tournament there were no arrests or incidents to report, which is a credit to all those who travelled.

“In Russia 2018 there were three arrests, but obviously having two teams in this tournament we played double the group-stage games, including a home nations derby, which underlines the good nature of our fans.

“I would also like to praise all the UK officers who travelled out to Qatar for the work they have done in helping to keep British nationals safe during the past four weeks.

“The atmosphere at all the home nations’ games was passionate but friendly and it would be fantastic to see this replicated at matches back home throughout the rest of the season.

“Traditionally we do have few arrests of our fans at World Cups, but to have zero isn’t something we have seen before.

“It would be wrong to entirely attribute this excellent behaviour to the restrictions on alcohol in Qatar, but I do think it has helped to some degree.”

The UK Football Policing Unit said there had been 531 football-related incidents since the start of the World Cup, 150 of which took place on the evening of the England v France quarter-final match last Saturday.

That led to 115 football-related arrests, with a high proportion of those linked to licensed premises. That compares to 225 such arrests at the same stage of the tournament in Russia four years ago.