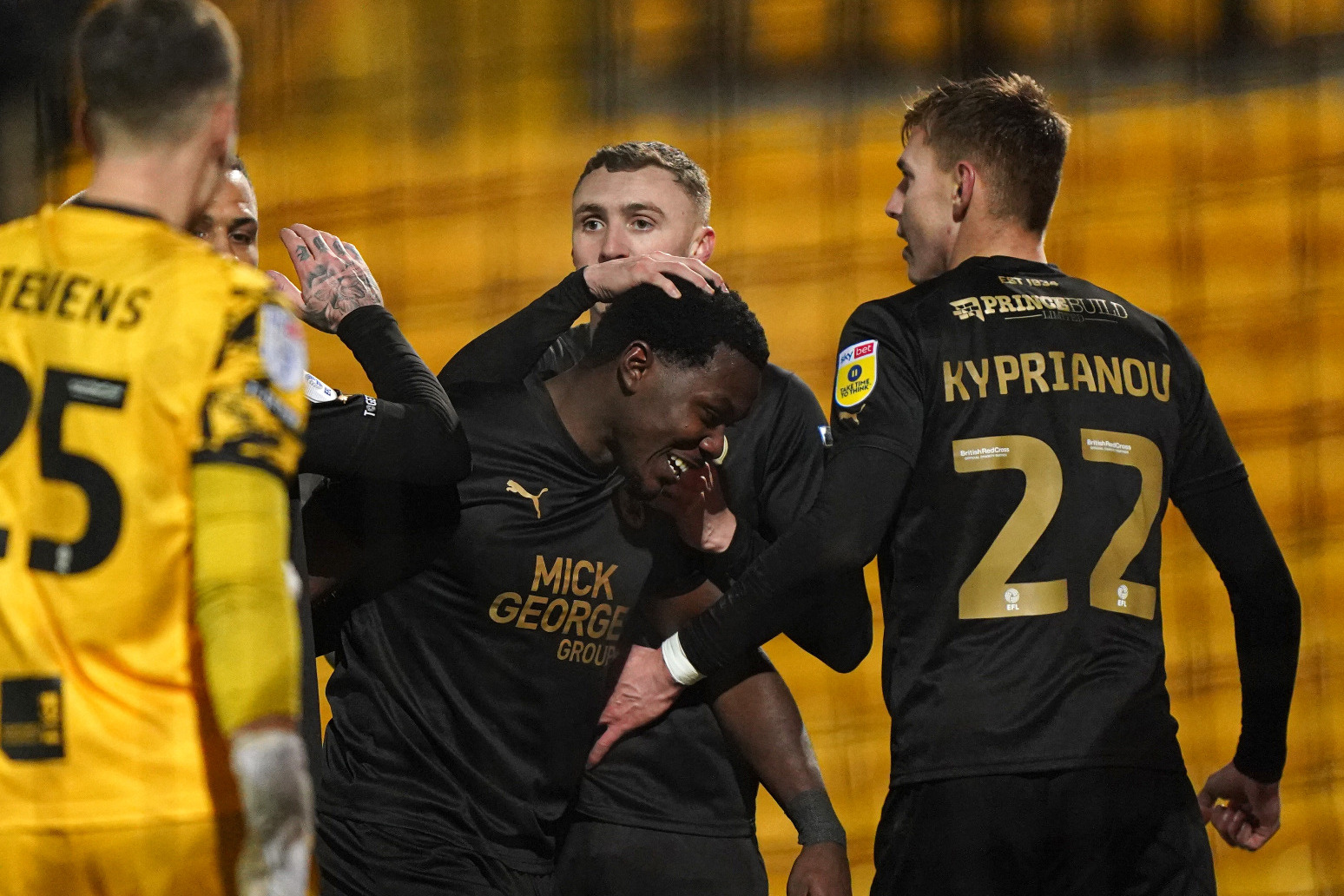 The victory lifts Posh two places to seventh in League One, while Port Vale remain 11th.

Ephron Mason-Clark struck a quickfire second-half double to hand Darren Ferguson a winning start to his fourth spell as Peterborough manager with a 2-0 victory at Port Vale.

The victory lifts Posh two places to seventh in League One, while Port Vale remain 11th.

Mason-Clark fired narrowly wide when presented with the clearest opening of the first half.

But the 23-year-old found his range after 56 minutes. Jonson Clarke-Harris headed Joe Ward’s deep delivery back across goal for Mason-Clark to stoop and convert into an empty net.

Clarke-Harris was fractionally off target with a header on the hour, but Mason-Clark bundled home from Ward’s square ball soon after and only a full-length stop from Jack Stevens prevented Kwame Poku from adding a third for the visitors.

Will Norris was rarely tested after an eighth-minute save at the feet of Mal Benning and the Peterborough goalkeeper, on loan from Burnley, marked his first senior appearance for 20 months with a clean sheet.