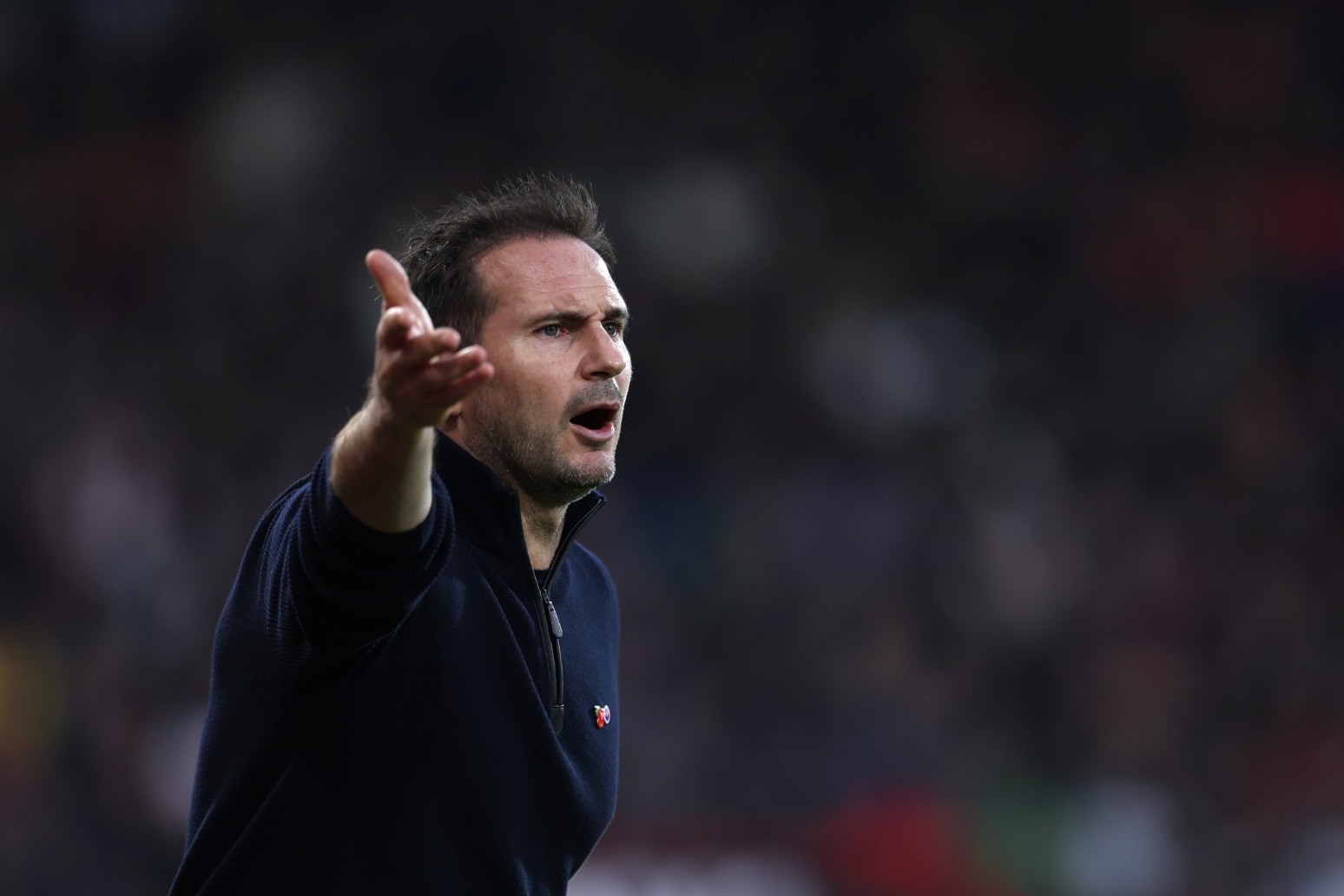 Everton boss Frank Lampard is wary of risking Dominic Calvert-Lewin for the visit of Wolves on Boxing Day ahead of a busy run of fixtures.

Calvert-Lewin has been Everton’s spearhead in attack in the last couple of years but a number of injuries have restricted him to just four starts in 15 Premier League matches this season.

While Lampard had a positive update on the striker’s knee problem that sidelined him before the World Cup, the former Chelsea manager is unwilling to roll the dice with four games in the space of 12 days.

That starts against Wolves so a late decision will be made on the 25-year-old although Andros Townsend is set to miss out after a setback in his recovery from an anterior cruciate ligament knee injury.

“With Dominic, it’s going to be tight for Wolves,” Lampard said.

“He’s going to be training over the next couple of days, trying to push him a bit for match fitness. The injury feels good which is the best news.

“But the last thing we want to do is go too soon with him. The match fitness, that’s the question mark, we’ve got a lot of games coming up.”

Only their next opponents have scored fewer than Everton’s 11 goals in the top flight so far and Lampard reiterated that bolstering his forward line was a top priority in the January transfer window.

Everton, hovering just one point and one place above the relegation zone, released Salomon Rondon last week but Lampard insisted he will not beef up his squad just to improve numbers.

“We want to help the squad in the January window,” he said.

“We want to have more options in the forward areas, if the right players become available in those areas then we have to try and improve.

“Particularly when we had Dominic injured in the big part of the season, I think it’s been an area where we know we want more.

Conor Coady has been a mainstay in Everton’s defence this campaign but is ineligible to face his parent club on Monday, with Yerry Mina, Michael Keane and Mason Holgate vying to partner James Tarkowski at centre-back.

Lampard – who revealed Everton are “close” to agreeing new deals for Jordan Pickford, Alex Iwobi and Anthony Gordon – has been impressed at how Coady has fared at Goodison Park since joining from Wolves at the start of the season.

Lampard hopes they can sign the England defender on a permanent basis but indicated that may not happen in the upcoming transfer window.

“Conor has been brilliant since he’s been here in every possible way so I and we would love to make that permanent at some point,” Lampard added.

“That’s not happening right now but we’ll keep looking at that one.”