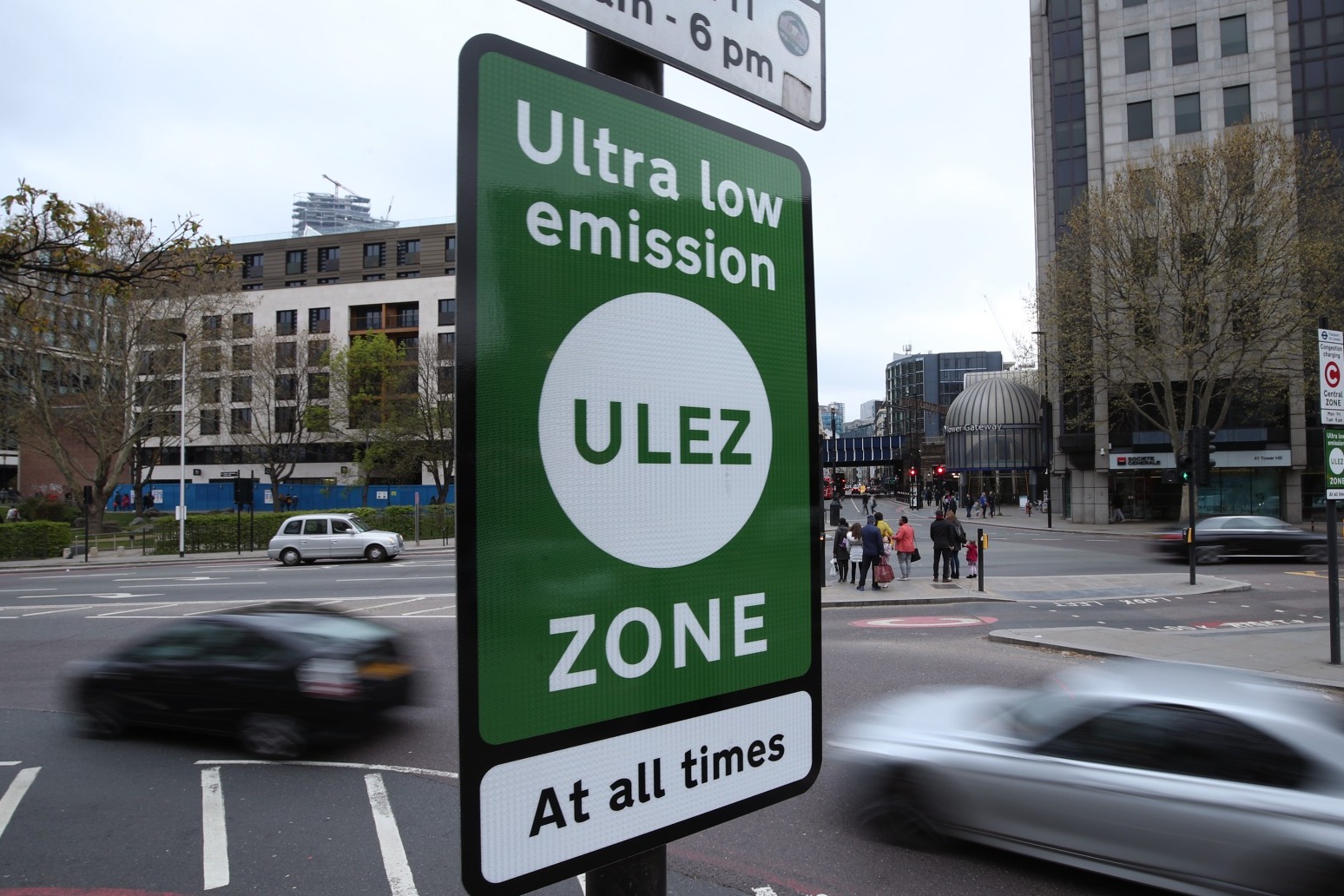 The data was published ahead of the first anniversary of the expansion on Tuesday.

The Ulez was first launched in April 2019 but initially only covered the same area of central London as the congestion charge.

Since October 25 last year it has included all areas within the North and South Circular roads as part of efforts to boost air quality.

Drivers of most vehicles which do not comply with minimum emissions standards are charged a daily fee of £12.50 for entering the Ulez.

Failing to pay can result in a penalty charge notice of £160, reduced to £80 for early payment.

The analysis by the RAC found that between the start of November 2021 and the end of June 2022, an average of 1.9 million journeys were made into the zone every month, resulting in £112.5 million of revenue from those required to pay.

That is compared with revenue of less than £19 million between February and September 2022, before the Ulez was expanded.

Mayor of London Sadiq Khan has proposed to make the zone even bigger – covering the whole of the city – from August 2023.

TfL has consulted on the measure and Mr Khan is expected to announce his decision on what will happen by the end of the year.

He went on: “Londoners living outside the current Ulez will now be worrying about the prospect of further expansion, mooted to be at the end of August 2023.

“While we accept that action is needed to reduce toxic emissions from vehicles, the cost-of-living crisis is hurting drivers in the pocket and there is a risk that further enlarging the zone will be hugely costly for those with older vehicles who can least afford to change them for something newer.

“As it is, RAC research suggests drivers are holding on to their vehicles for longer, so there is a real risk that more people with non-compliant vehicles will be forced to pay a charge they can ill afford to.

“We would encourage the mayor to take a pragmatic approach and redouble his efforts to support lower-income families and businesses with non-compliant vehicles with a targeted scrappage scheme ahead of any expansion plans.”

Speaking to the PA news agency earlier this week, Mr Khan insisted “the status quo in relation to the poor quality of air in London is just not on”.

He said: “There has been no single policy that’s improved the air as much as the Ulez.

“In central London and inner London, we’ve managed to reduce toxic air by almost a half.

“I think clean air is a human right. Why can’t those in outer London who suffer the worst air pollution, have the worst numbers of premature deaths, also benefit from clean air?”

Alex Williams, TfL’s chief customer and strategy officer, said: “The Ulez is not about making money, but about improving the health and wellbeing of millions of Londoners.

“We would rather no one needed to pay the charge, and we expect income to fall over time as even more people switch to more sustainable alternatives.

“Any money received from the Ulez is reinvested into walking, cycling and public transport.”