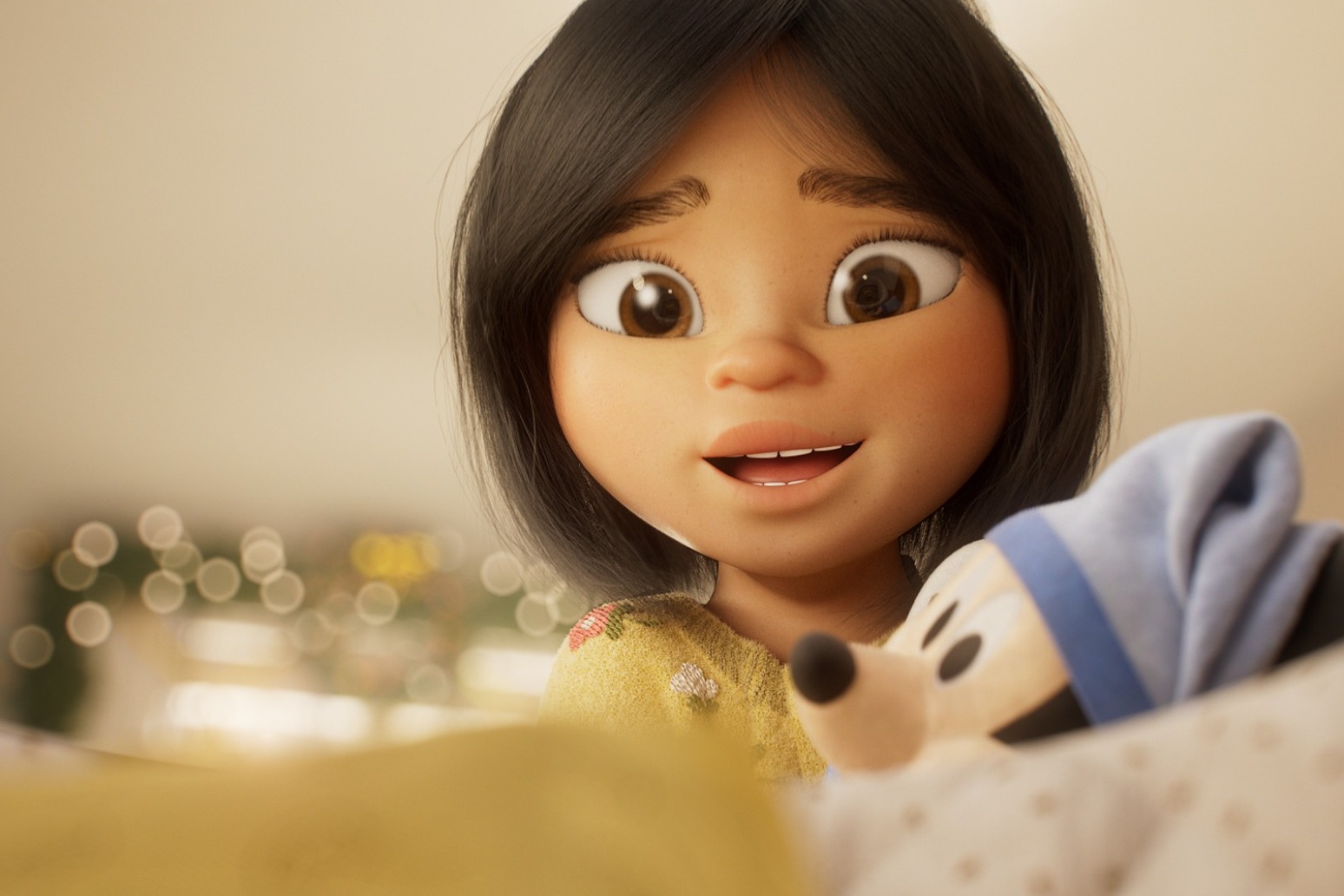 Disney has released the final part of its festive trilogy by telling the story of a young girl welcoming her new baby sibling into the family.

The three-minute animated short The Gift was released on TV, Disney+ and YouTube on Wednesday in partnership with children’s charity Make-A-Wish.

It marks the third and last instalment of Disney’s From Our Family To Yours Christmas adverts.

The story of the family’s youngest child Ella is continued after she appeared in the second part of the trilogy to welcome her new stepfather.

In The Gift, Ella can be seen being disappointed as her pregnant mother cannot go ice skating and also breaks festive decorations due to labour pains.

However, when her new sibling arrives, Ella gives the baby her glow in the dark Mickey Mouse soft toy that was gifted to her by her older brother Max at the start of the short.

The song A Little More, performed by Jessica Darrow – voice of Luisa Madrigal in Disney’s Oscar-winning 2021 film Encanto, also features on the advertisement as the story unfolds.

Darrow said: “The holidays hold such a special place in my heart and what better way to come together with family and loved ones than through the joy of music?

“It was such a wonderful song to perform, and I can’t wait for everyone to see the heart-warming story which concludes this inspiring trilogy.”

The song was composed by Los Angeles-based Parkwild’s songwriters Sofia Quinn and Rose Tan for the short.

Disney’s first Christmas advert began in 2020, featuring Love Is A Compass from British musician Griff, and the studio followed up with a second advert in 2021 set to Gregory Porter’s recording of Love Runs Deeper.

In the 2020 instalment, a Mickey Mouse toy gifted to Lola as a young child by her father in 1940 comes to symbolise her present day relationship with her granddaughter, Nicole.

The 2021 advert, The Stepdad, then saw the story of Mike as he moves into the family home of his new partner, a grown-up Nicole, and her own children, Max and Ella.

Sarah Fox, vice president marketing and communications, Disney consumer products, EMEA, said: “For the last three years, millions have watched our characters in our From Our Family To Yours animated series, as they spend time together building connections and making memories.

“We set out to create a family unit that would resonate with audiences worldwide.

“We are truly grateful for the support we have received for this festive campaign and hope that families and fans enjoy this fitting, heart-warming final instalment of the trilogy.”

Disney is also encouraging fans to donate to Make-A-Wish by matching all donations the charity receives up to 100,000 dollars (£86,657).

The Gift advert, released on Wednesday, also features hidden messages including the Frozen design on Sanka the dog’s jacket seen in the ice-skating scene.

It was designed by aspiring fashion designer Sienna, 12, from Reading.

Fans are also encouraged to spot the other Easter Eggs that appear in the new advert, available from November 1.