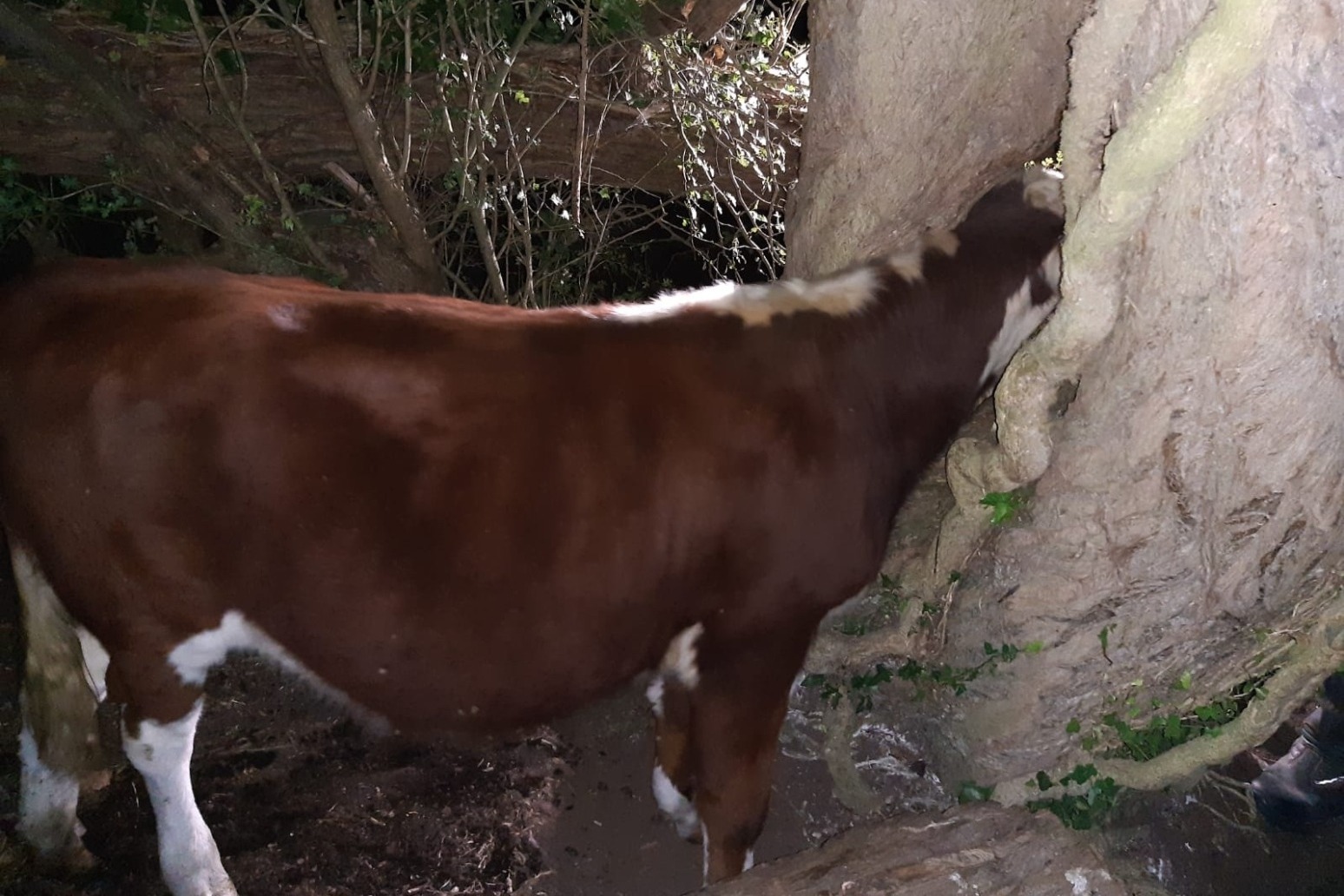 Firefighters had to “re-moove” a cow’s head from a tree after it got stuck.

A crew from the Hampshire and Isle of Wight Fire and Rescue Service (HIWFRS) spent more than an hour trying to free a cow, which got its head stuck in a tree on Chilbolton Common, Hampshire, on Wednesday evening.

The crew got a call about the trapped cow at about 7.40pm and worked with an animal rescue adviser to cut the tree and free the cow by 11pm.

“The animal rescue crew from Winchester worked to release the cow by enlarging the hole and manipulating the animal’s head until it was free from the tree.”

The service joked on Twitter that the incident was “udderly ridiculous”.

It added: “The crew worked to re-moove the animal from the willow tree [on Wednesday] evening.”

Two photos of the animal posted by the fire service showed front and rear views of the trapped cow, with one photo of the cow looking like it may have been questioning the choices which led to the accident.