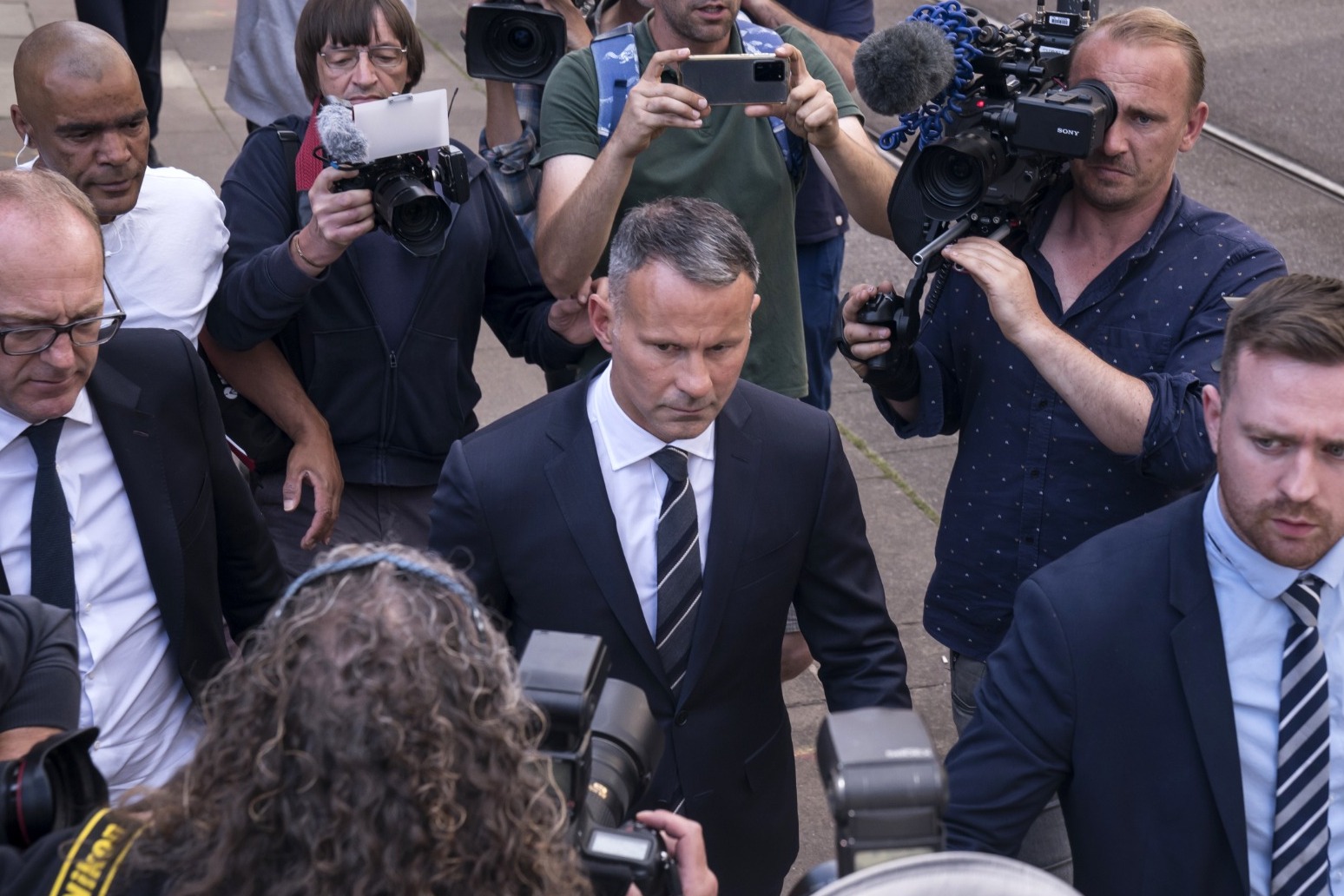 Ryan Giggs’ alleged assault on his former girlfriend, which prompted his arrest, was merely the culmination of years of abuse, a court heard.

Peter Wright QC, prosecuting, said though Giggs stood accused of headbutting Kate Greville and also assaulting her sister, Emma, in November 2020, the abuse had started as early as August 2017.

There was a “litany of abuse, both physical and psychological, of a woman he professed to love” the jury was told on the opening day of the trial at Minshull Street Crown Court, Manchester.

Mr Wright detailed some of the incidents under which Giggs stands accused of using coercive or controlling behaviour and evidence of his “much uglier and more sinister side”.

– Messaging Ms Greville and/or blocking her when she was on nights out with others, or she asked about Giggs’ relationship with others.

– Threatening to send images “of a personal nature” to her friends.

– Throwing her belongings out of his house when she questioned him about relationships with other women.

– At a London hotel, rowing in the hotel suite and throwing her bag at her.

– Appearing unwanted at her home or gym and contacting her friends to get her to speak to him again.

Mr Wright said these snapshots of his behaviour provided a “shaft of light” on the real Ryan Giggs, who “stays in the dark, not the public persona”.

The prosecutor added: “This was a manipulative, toxic, damaging relationship by a man upon a vulnerable woman.”

Giggs denies all charges. The trial was adjourned until Tuesday morning.