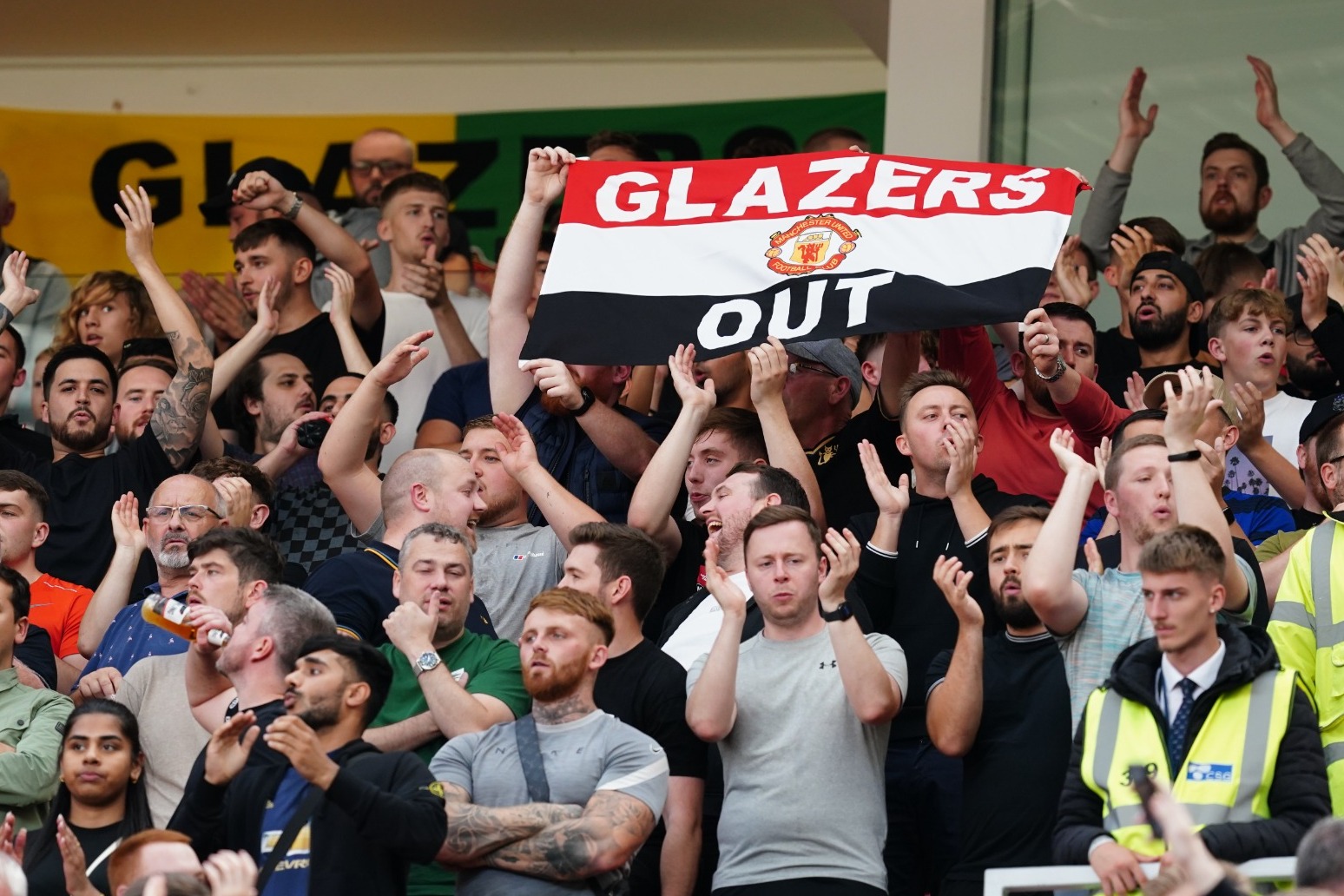 The Glazer family could potentially be following Cristiano Ronaldo out of Manchester United after opening the door to a sale of the club.

Just a couple of hours after their most high-profile asset’s mutually agreed departure following his explosive interview with Piers Morgan came news of far more significance for fans long opposed to the unpopular American owners.

After 17 years in charge the Glazers now seem prepared to relinquish control after the club announced it was “exploring strategic alternatives” which do include a sale.

United said the board of directors were starting a process “designed to enhance the club’s future growth” with the intention of maximising opportunities on and off the pitch.

A club statement read: “As part of this process, the board will consider all strategic alternatives, including new investment into the club, a sale, or other transactions involving the company.

“This will include an assessment of several initiatives to strengthen the club, including stadium and infrastructure redevelopment, and expansion of the club’s commercial operations on a global scale, each in the context of enhancing the long-term success of the club’s men’s, women’s and academy teams and bringing benefits to fans and other stakeholders.”

The Glazers took over at United with a £790million leveraged buy-out in 2005 but their tenure has faced significant opposition from supporters, which has grown in recent years with the club having not won the Premier League since 2013.

If they decide not to sell they could still look for an investment partner to raise capital in order to fund a much-needed redevelopment of Old Trafford.

“We will evaluate all options to ensure that we best serve our fans and that Manchester United maximises the significant growth opportunities available to the club today and in the future,” said executive co-chairmen and directors Avram and Joel Glazer.

“Throughout this process we will remain fully focused on serving the best interests of our fans, shareholders and various stakeholders.”

The Raine Group, which facilitated the sale of Chelsea over the summer, is acting as United’s exclusive financial advisor, with Rothschild and Co performing the same role to the Glazer family shareholders.

While the Glazers’ apparent willingness to consider a sale having faced many years of fan protests – which have escalated in the last couple of years with the club’s involvement in the failed European Super League provoking particular anger – will be welcomed, United stress there are no guarantees.

“There can be no assurance that the review being undertaken will result in any transaction involving the company,” added the statement.

Owners of arch-rivals Liverpool, Fenway Sports Group – also based in the United States – are currently exploring similar options for the whole or partial sale of a club bought in 2010 for £300m.

News of a sale usurped Ronaldo’s departure, which came as no surprise after he was highly critical of manager Erik ten Hag and club officials.

United’s statement said the decision was mutually agreed with the player, whose reported £500,000-a-week contract still had six months to run, but it is understood there has been no pay-off and there are no ongoing obligations for the club.

The PA news agency also understands there are no restrictions on who Ronaldo can play for under the terms of his departure agreement.

Portugal international Ronaldo, who is due to kick off his World Cup campaign against Ghana on Thursday, issued his own statement in which he said: “Following conversations with Manchester United we have mutually agreed to end our contract early.

“I love Manchester United and I love the fans, that will never ever change. However, it feels like the right time for me to seek a new challenge.

“I wish the team every success for the remainder of the season and for the future.”

Former team-mate Rio Ferdinand believes Ronaldo had a plan to navigate an exit.

“He obviously did that interview with the mindset he wanted to get out the club as he wasn’t happy and he made it very clear,” he told BBC One.

“But I also think Ten Hag has got what he wanted. Both parties are happy.”

Another former team-mate, Wayne Rooney, said the player’s “attack” on the club left United with no option.

“It’s sad to see it end this way but once everyone’s seen the interview and how he attacked the club I think there was no option so I’m not surprised, no,” Rooney told Indian broadcaster Viacom18 Sports’ VISA Match Centre Live.