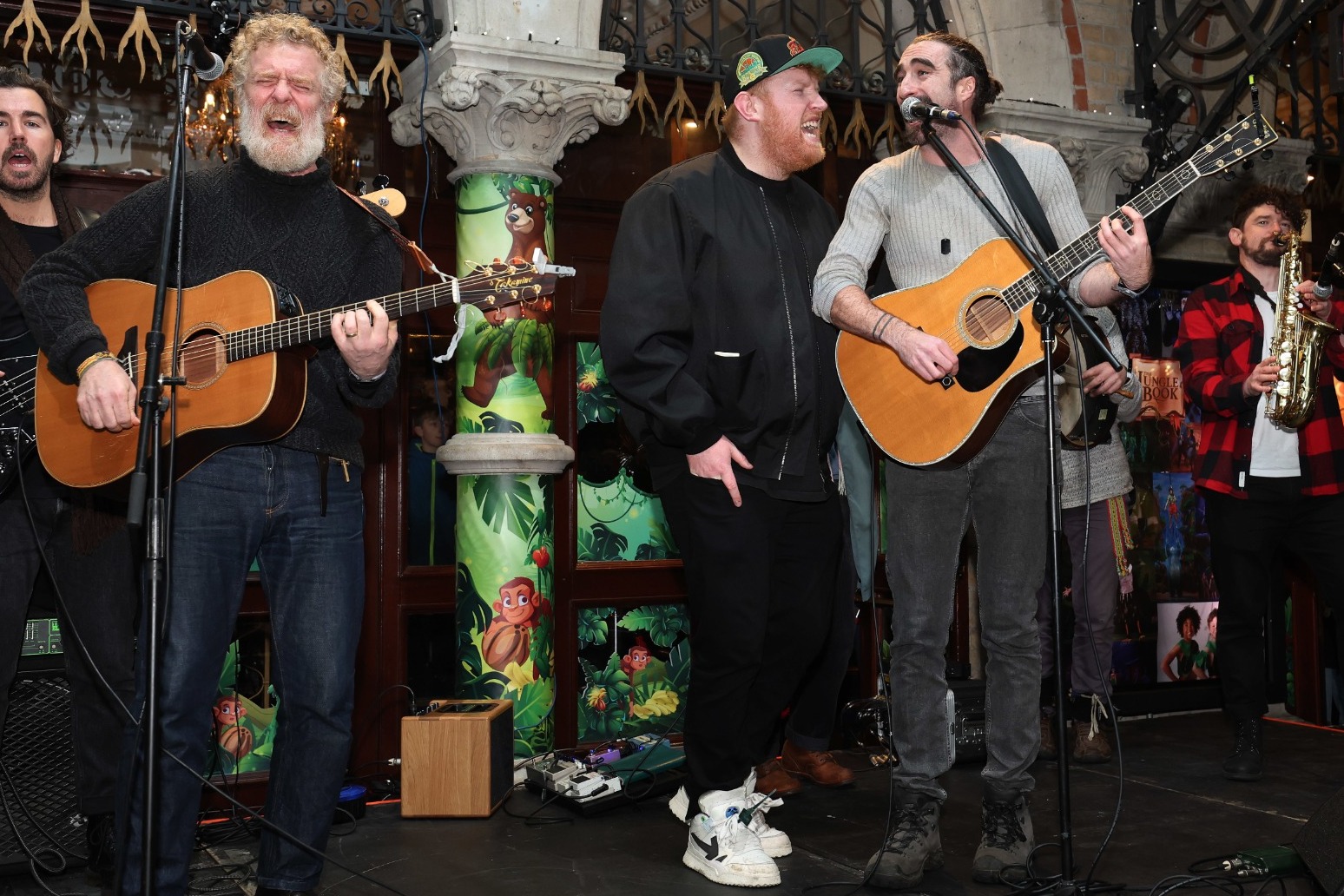 Dermot Kennedy, Glen Hansard and Imelda May were among the famous Irish musicians that gathered in Dublin city centre as the Christmas Eve busk returned for the first time in two years.

They were joined by Roisin O, Gavin James, The Coronas, Liam O Maonlai, The Pale and Loah who took part in a varied performance that lasted for more than two hours.

“Thank you everybody for the first Christmas back in a few years,” The Frames frontman Hansard told the hundreds who had gathered outside the Gaiety Theatre, located off the bustling Grafton Street.

He dedicated Take Heart to those looking for a place to stay on Christmas Eve, and to the people of Ukraine.

“They shouldn’t be mutually exclusive.”

Two Ukrainian singers, Ana and Alex, joined Hansard, and followed the song with a Ukrainian carol.

Hansard and Imelda May did a rendition of Fairytale Of New York, with May thanking people who had “put their hands in their pockets” to donate money to the homeless.

Singer Loah performed River by Joni Mitchell and Thin Lizzy’s Dancing In The Moonlight, dedicating the song to those forced to sleep on the streets.

The finale saw all the musicians join on stage and a medley of songs including Forever Young by Bob Dylan, Little Drummer Boy and The Old Triangle.

A number of Simon Community volunteers stood at the fringes of the crowd with buckets, encouraging people to donate.

In what began as an impromptu music session in 2010, the Christmas Eve busk has turned into a high-octane festive tradition in the capital.

Due to the Covid-19 pandemic restrictions, this is the first time it has returned to Grafton Street in two years.

Last year, artists gathered in St Patrick’s Cathedral for a musical event that was streamed online – a feature that was made available again this year.

The busk comes after four consecutive months of official homeless figures reaching record highs amid soaring rent costs and house prices that are unaffordable for many workers.

The government’s October figures show that 11,397 people were recorded as homeless across Ireland, which includes 3,480 children.