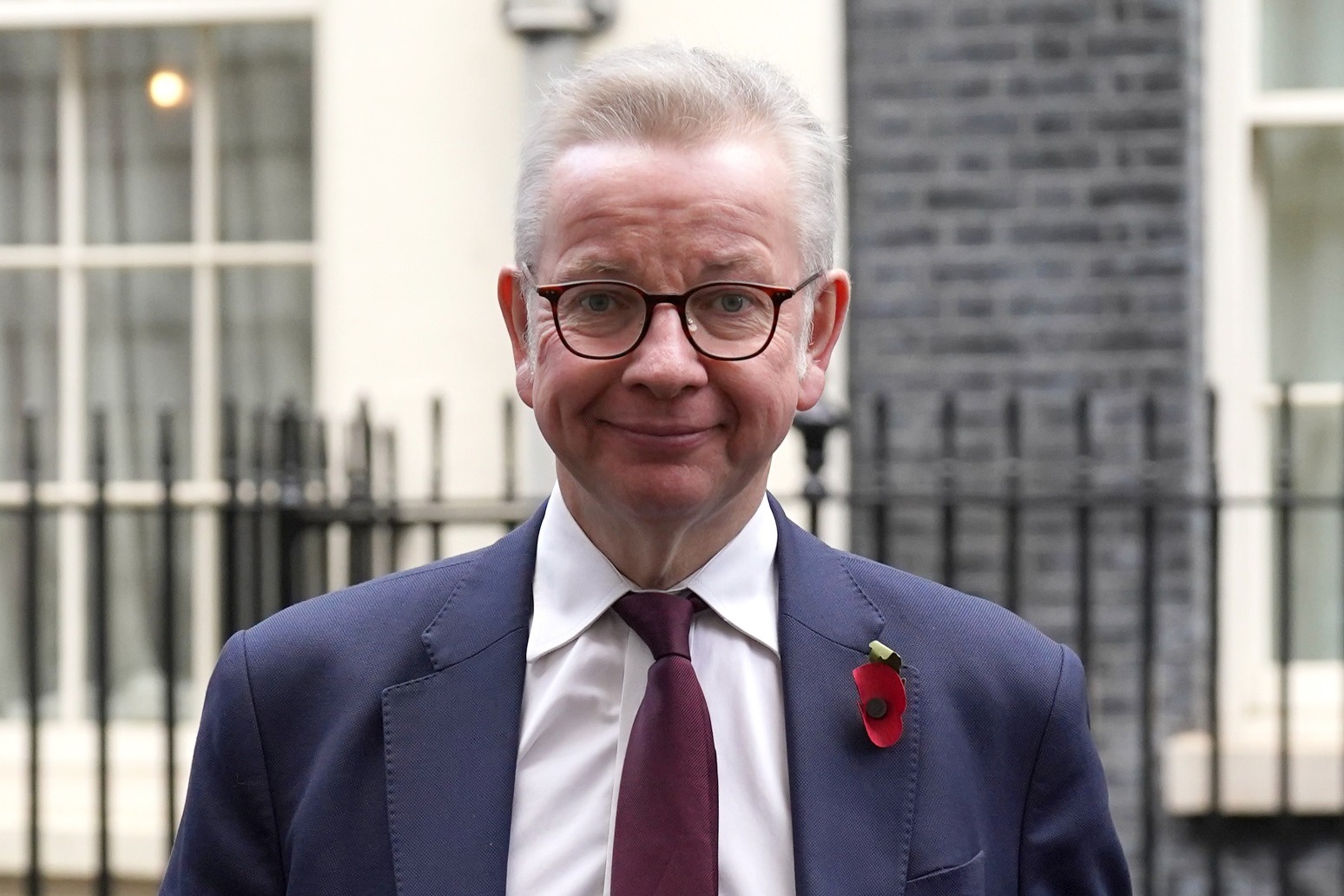 Housing Secretary Michael Gove has written to every English council leader and social housing provider as he warned that deaths like that of two-year-old Awaab Ishak must “never be allowed to happen again”.

An inquest into the death of Awaab prompted an outcry this week after it found he died in December 2020 from a respiratory condition caused by mould in the one-bedroom housing association flat where he lived with his parents, Faisal Abdullah and Aisha Amin, in Rochdale, Greater Manchester.

Gareth Swarbrick, the chief executive of Rochdale Boroughwide Housing (RBH), was removed from his position on Saturday.

Mr Gove, who earlier this week said it “beggars belief” that Mr Swarbrick was still in his job, wrote a letter to all local authority chief executives in England, as well as a separate letter to all social housing providers.

Addressing the latter, he said that the country needed to “raise the bar dramatically” on the quality of social housing and “empower tenants” to ensure “their voices are truly heard”.

He said housing providers should carry out assessments of damp and mould in their properties, as well as any action that may need to be taken to tackle the issue.

In his letter he warns providers: “I want to be clear about what this must mean in relation to damp and mould, as I have been made aware of many cases where this has gone unaddressed for far too long and am concerned that they are not treated with sufficient seriousness.

“Where people complain about damp and mould, you must listen; where you find them, you must take prompt action. To keep tenants safe, you must not hide behind legal process.”

Mr Gove, in the letter to council leaders, calls the death of Awaab an “avoidable loss”.

“All of us – including my department – need to deliver our responsibility to people living in poor quality housing.

“That is why I am writing to you to request you do everything in your power to prioritise the improvement of housing conditions for the millions of private and social tenants, in line with existing duties in the Housing Act 2004.

“This becomes ever more urgent as we go into winter with a cost-of-living and energy crisis, which may exacerbate damp and mould conditions in some homes.”

The letter directs local councils to supply his department with an assessment of damp and mould issues affecting their privately rented properties, as well as details of how it is being tackled.

Councils have also been asked to list the number of civil penalty notices and successful prosecutions pursued in relation to dangerous damp and mould.

Mr Gove said: “The tragic death of Awaab Ishak has rightly shocked people across the country. This is an appalling case of the utmost gravity and it is abhorrent that anyone should have to live in such conditions in Britain today.”

The Housing Secretary, who is promising that the Government’s Social Housing (Regulation) Bill will bring tougher regulation to the sector, said he would “stand up for tenants”.

“Alongside delivering new laws on tougher social housing regulation, I am directing all councils across England to make an urgent assessment of housing conditions for tenants in their area with particular focus on issues of damp and mould, and enforcement action being taken.

“I am putting housing providers on notice, I will take whatever action is required to improve standards across the country and ensure tenants’ voices are heard.

“Everyone has the right to feel safe in their homes, and the death of a child like Awaab Ishak must never be allowed to happen again.”

Shadow levelling up secretary Lisa Nandy said there was “no excuse” for not making progress on the issue.

“The circumstances around Awaab Ishak’s death are appalling,” the Labour MP said.

“It is a stain on our nation’s conscience that such a thing could happen in modern Britain.

“There is a political consensus around the urgent need to end the scourge of families living in damp, mouldy and squalid conditions, so there is no excuse for any more delay.

“As Labour has laid out, we need a decent homes standard fit for the 21st century and greater rights and protections for tenants, including the right to request speedy repairs. Action must be taken urgently.”