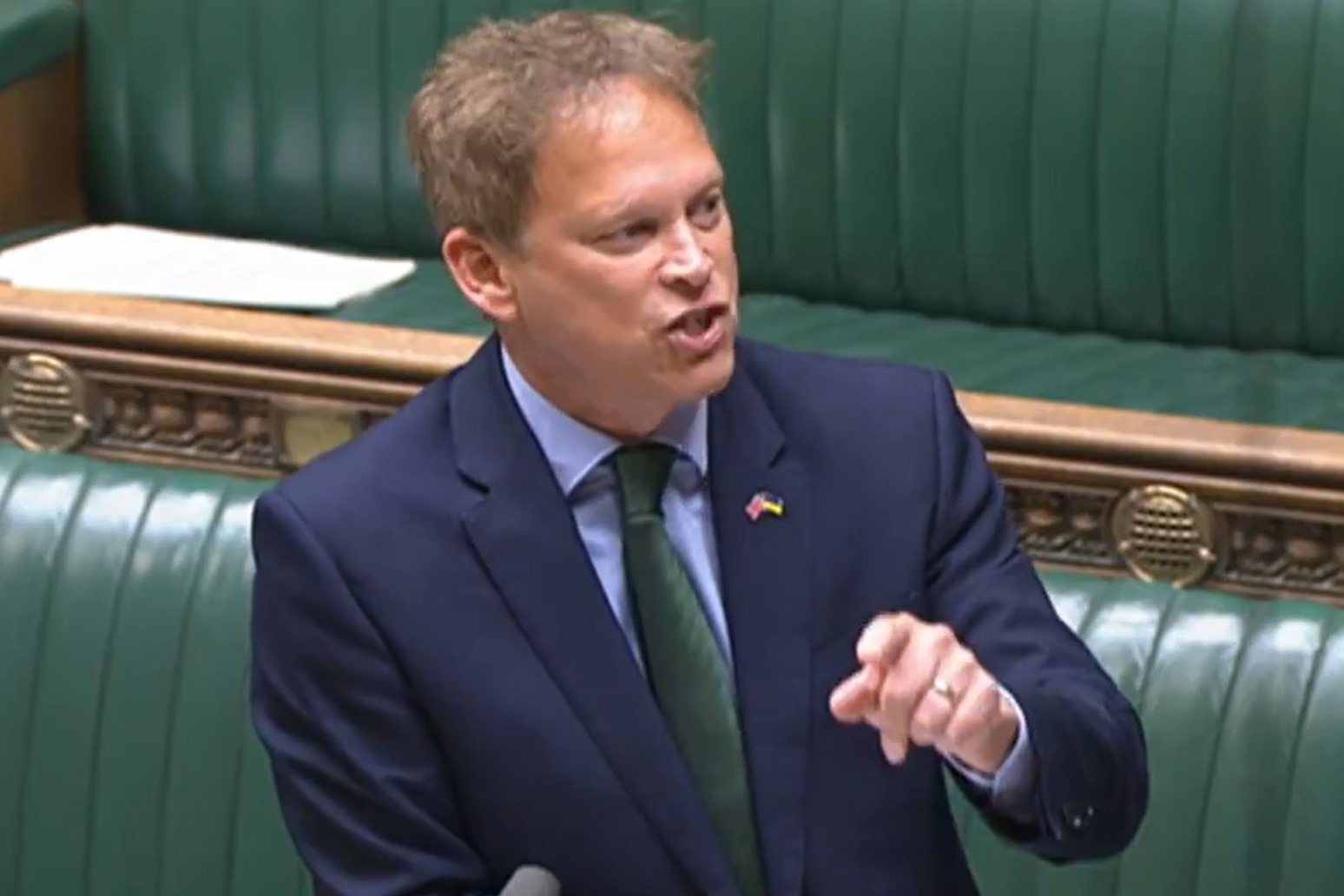 Trade unions and ministers are on course for a fresh clash after Grant Shapps set out new laws requiring minimum levels of service from ambulance staff, firefighters and railway workers during industrial action.

The proposals were condemned as unworkable and illegal by unions, who warned it would “poison industrial relations” and lead to more walkouts.

Business Secretary Grant Shapps said the plans were in line with laws in other European countries and would “protect the lives and the livelihoods of the British people”.

Details of the minimum service levels which will need to be maintained during strikes have yet to be set out.

Mr Shapps said the Government would consult on what an “adequate level of coverage” would be in fire, ambulance and rail services.

He said: “The British people need to know that when they have a heart attack, a stroke or a serious injury, that an ambulance will turn up and that if they need hospital care they have access to it.”

The Strikes (Minimum Service Levels) Bill will also cover education, border security and nuclear decommissioning sectors, but Mr Shapps said he hoped that agreements could be reached with unions in those workplaces to avoid having to use the legislation’s powers.

The Business Secretary told MPs the ambulance strike involving tens of thousands of staff in England and Wales underlined the need for the legislation. He said that while the Royal College of Nursing (RCN) had agreed service coverage on a national level for its strike, paramedics and ambulance drivers had not done so, meaning that “health officials were left guessing at the likely minimum coverage” putting “lives at risk”.

With around 25,000 ambulance workers due to go on strike again tomorrow, Mr Shapps told MPs there would be “patchy emergency care” as a result, adding: “This cannot continue.”

A spokesman for the GMB union, which represents some of the ambulance workers taking action, said it was an “extraordinary attack” by Mr Shapps.

“He surely knows that across NHS trusts, GMB members, who care for the public every single day, work closely with employers to provide appropriate cover on strike days and have left picket lines to help out on urgent calls,” the spokesman said.

Ambulance responses are split into categories, with category 1 being the most life-threatening such as cardiac arrest, while category 2 covers conditions such as stroke, heart attack and sepsis.

No blanket agreement has been reached on responding to category 2 calls, with unions and trusts agreeing locally which category 2 calls will receive a response during the strike.

The West Midlands Ambulance Service said an agreement had been reached for all category 1 calls plus other life-threatening cases such as heart attacks, strokes, difficulty in breathing and maternity cases.

In other trusts, the picture is less clear.

NHS England urged people to still call 999 if their condition is life-threatening but to turn to NHS 111, pharmacies and GPs for non-urgent needs.

Unite general secretary Sharon Graham said: “This Bill is another dangerous gimmick from a government that should be negotiating to resolve the current crisis they have caused.”

Frank Ward, interim general secretary at the TSSA transport union, said the plans were “wrong, unworkable, and almost certainly illegal”, adding: “Our union totally opposes this move to bring in what amounts to further draconian anti-strike laws which are a clear attack on the rights of working people in our country.”

Mick Lynch, general secretary of the RMT transport union, said: “The only reason this draconian legislation is being introduced is because they have lost the argument and want to punish workers for having the temerity to demand decent pay and working conditions.”

In her response to Mr Shapps, deputy Labour leader Angela Rayner said: “The public is being put at risk every day due to the Government’s NHS crisis and staffing shortages. He is right that it is his government’s duty to protect the public’s access to essential services, but livelihoods and lives are already being lost.

The introduction of the legislation comes a day after transport, health and education unions held a series of crisis meetings with Westminster ministers over pay and conditions.