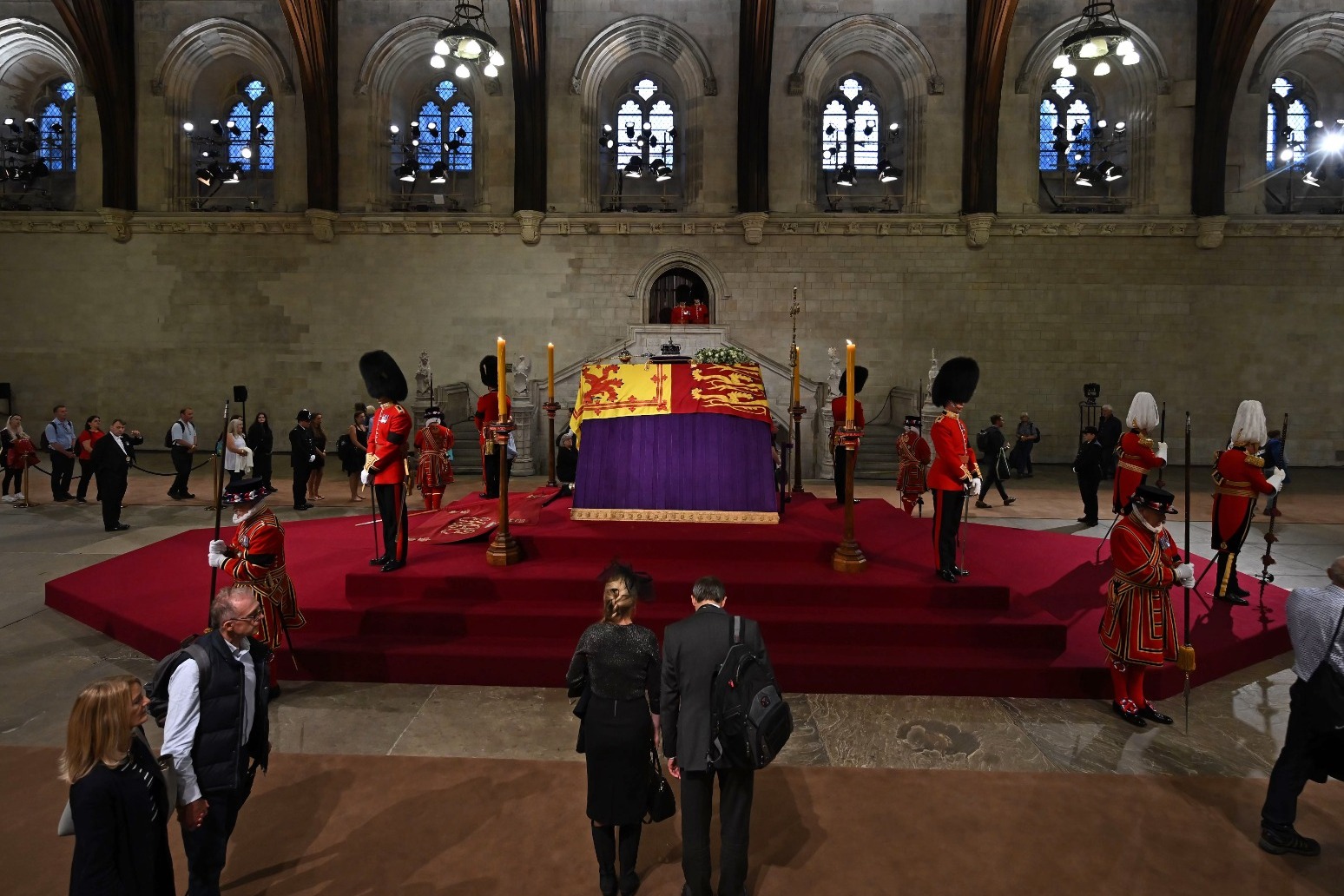 News of the Queen’s death and the subsequent outpouring of grief and respect for the monarch “translates even across the pond,” a US broadcaster has said.

Hal Eisner, reporter for KTTV, said “a great deal of time” had been given by US networks to the historic news, adding it had been treated with the “appropriate amount of solemnity and feeling”.

He said the “tremendous interest” in the unfolding events by the American people and around the world came because the news involved “somebody we’ve known our whole lives”.

Mr Eisner has worked as a television reporter for the Los Angeles-based channel, which is part of the Fox network, for 40 years, and previously worked for 15 years in radio in Texas and Louisiana.

During his career he has covered high-profile US stories such as the Columbine school shooting in 1999, the death of Whitney Houston in 2012 and the Las Vegas mass shooting in 2017.

Speaking to the PA news agency about coverage of the Queen’s death after its announcement on Thursday, he said: “I think it’s been very impactful.

“This is the only queen anybody’s ever known in their lifetime… it was stunning.

“So I think that this was received with its appropriate amount of solemnity and feeling.

Mr Eisner drew parallels to previous major royal-related events, such as the death of Diana, Princess of Wales in 1997, and the marriage of the King and Queen Consort in 2005.

“There was incredible interest here in the United States for those things and I think we’ll see that again on Monday when the actual funeral occurs,” he told PA.

During her seven-decade reign the Queen met 13 of the 14 US presidents, from Harry S Truman to Barack Obama and Donald Trump, to current president Joe Biden.

Asked why there was such a high level of interest across the pond, Mr Eisner said: “Because it’s somebody we’ve known our whole lives.

“It’s not like if you went up to somebody and said something about Queen Elizabeth, they would say ‘Queen who?’

“The mere fact that somebody can say, the Queen of England, you know exactly what we’re talking about…you didn’t have to say her name for me to know who she was.

Mr Eisner said that through his own reporting on the news in Los Angeles he had spoken to many people from both the UK and the US, who all shared a “collective mindset” on the matter.

“People are moved by it and I think there’s a tremendous interest even if you’re not in the same country.”

He speculated that even in California, where the funeral is scheduled to take place at 5am local time, many would still make the effort to watch the historic event.

“I think it will be interesting to see what the worldwide viewing audience is,” he said.

“Because if you’ve got lines that are two, three, four or five miles long of people wanting to pass the casket and pay their respects, just imagine all the people around the world who have some level of interest and will want to spend a few minutes watching.

“Having their memory of the fact that they spent some time watching that.”

Mr Eisner also speculated that interest in and coverage of the mourning events in the UK would rumble on for some time.

“This is the final days of the Queen of England. I think there’s empathy to go around,” he told PA.

“I think watching the King, watching William and Harry walking behind (the coffin) and sensing the emotion. I think that translates even across the pond.

“It resonates with people.

“People may be divided over this issue or that issue, but for the most part, they still have hearts, and I just think when you have the passing of somebody who’s been respected, people tend to show their hearts.”