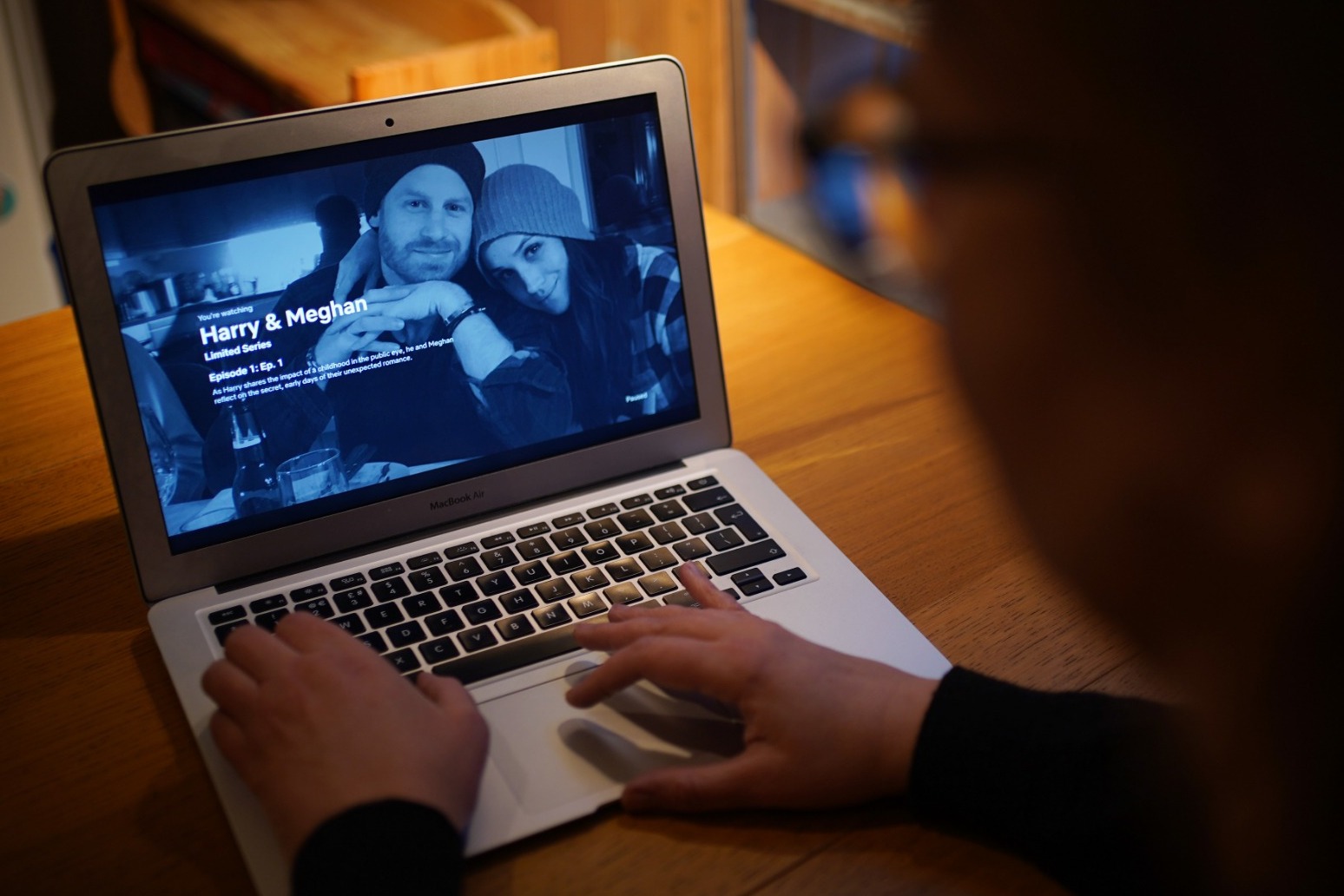 The Duke and Duchess of Sussex will still be invited to the King’s coronation despite the damaging claims they levelled at the royal family in their Netflix documentary, it has been reported.

Harry and Meghan will have a place at Charles’ historic ceremony on May 6 if they wish to attend, The Daily Telegraph has said.

Guest lists for the religious affair in Westminster Abbey have yet to be drawn up, but a source told the newspaper: “All members of the family will be welcome.”

Buckingham Palace declined to comment. But a source said of the King: “He loves both his sons.”

The Sussexes are understood to have not yet received an invitation.

Both Buckingham and Kensington Palace have remained silent over Harry’s allegations that the Prince of Wales left his brother terrified after screaming and shouting at him during the Sandringham summit.

Harry also claimed in his controversial six-part series that Kensington Palace “lied to protect my brother” when it issued a statement denying a story William had bullied him out of the royal family.

And he accused Charles of lying at the tense Megxit crisis meeting with the Queen in January 2020.

Charles is said to be hurt by Harry and Meghan’s criticism of the royal family, but has not given up hope of building bridges, the Daily Express newspaper reported.

It added that the King does not want to strip the Sussexes of their titles.

The monarch spent Friday carrying on with his public duties.

He danced with Holocaust survivors including Anne Frank’s stepsister Eva Schloss while visiting a Jewish community centre in north London ahead of Chanukah celebrations.

On Thursday, when the final instalment of the bombshell Netflix series aired, William, Charles, the Queen Consort, Princess Charlotte, Prince George and a host of other royals put on a united front by joining the Princess of Wales at her Christmas carol concert in London.

The May 6 ceremony will see both Charles and Camilla crowned in front of hundreds of guests in the abbey.

The Palace has said the ceremony will be “rooted in longstanding traditions and pageantry” but also “reflect the monarch’s role today and look towards the future”.

Yet May 6 is also the birthday of Harry and Meghan’s son Archie – Charles’s grandson – who will be turning four, posing questions over whether they would be able to attend.

Public relations and crisis consultant Mark Borkowski said the Sussexes were fighting a “visceral emotional war” with the royal family, but the only winners will be Netflix.

He said the documentary – which gave an insight into their luxury Californian lifestyle, battles with the media and travails with the royals in the aftermath of stepping down – was aimed at a US, not UK, audience.

“This is not messaging for the UK, they’ve clearly given that up, this is purely messaging for America who do understand that lifestyle,” Mr Borkowski said.

“This is a war, a visceral emotional war they’re fighting in America and they’re painting the royal family in a way which fits dangerously closely to the narrative of The Crown.”