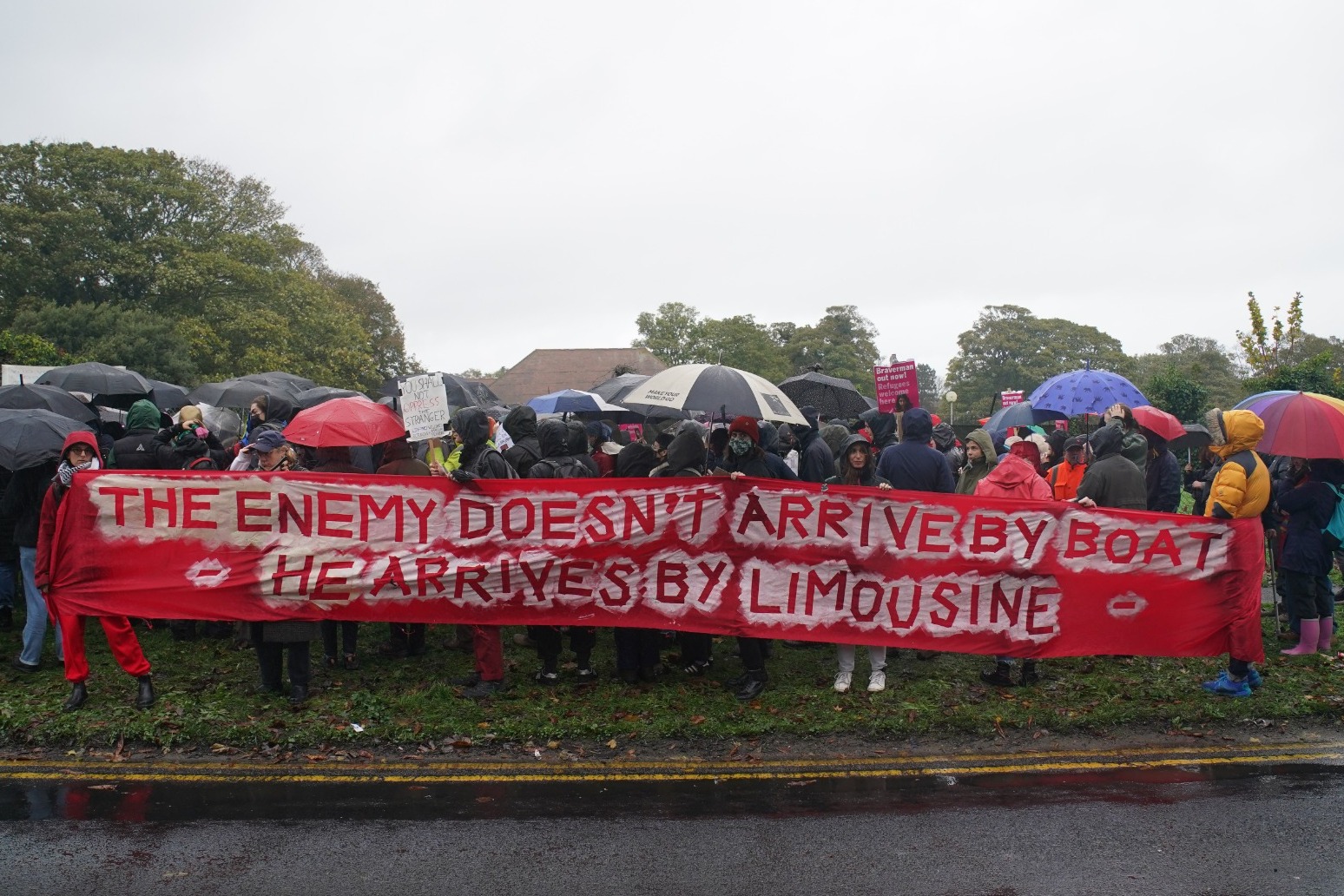 Home Secretary Suella Braverman has pledged to speed up the asylum system with the nationwide rollout of a pilot scheme to streamline the application process.

The eight-week trial in Leeds doubled the average number of claims processed and reduced the time asylum seekers wait for a first interview by 40%, according to the Home Office.

Ms Braverman said the scheme will be extended to deal with 100,000 people awaiting a decision across the UK.

She said: “It is not right that the British people are picking up a £2 billion bill every year because the asylum system has been broken by an unprecedented wave of illegal migration.

“We still have a long way to go but these steps show our commitment to tackling the asylum backlog.

“Processing claims more quickly will help remove those who illegally come here from safe countries, while also ensuring those in genuine need receive our protection.

“There is no one silver bullet but we are redoubling our efforts on multiple fronts to tackle this unacceptable situation.”

It said it has improved staff turnover by 30% by introducing a retention allowance and has streamlined process through digitisation set to be operational UK-wide by May 2023.

Mr Dowden told the BBC’s Sunday With Laura Kuenssberg programme there is no easy “panacea” but voters are entitled to expect ministers to “grip” the problem.

He said: “This is a totally deplorable situation. It is dangerous for the people concerned. It enriches (people trafficking) gangs. That is exactly why the Prime Minister is totally committed to gripping this.”

Deputy Prime Minister and Justice Secretary Dominic Raab said Mr Sunak is set to revive the British Bill of Rights as part of his Government’s strategy to deal with the small boats crisis.

He said the legislation – giving the UK courts supremacy over the European Court of Human Rights – will return to Parliament “in the coming weeks”.

When it was introduced under then-premier Boris Johnson, ministers said it would prevent judges in the Strasbourg court from interfering in the Government’s controversial policy to deport asylum seekers to Rwanda to have their claims processed.

However, the Bill was shelved by Liz Truss when she became prime minister in September after Government sources warned it was “unlikely to progress in its current form”.

Nevertheless, the Bill of Rights is unlikely to provide a quick fix as it is also highly controversial and the Government is likely to face a tough battle – particularly in the House of Lords – to get it on to the statute book.

In a statement, Mr Raab said: “It builds on the UK’s proud tradition of liberty by strengthening freedom of speech, reinjecting a healthy dose of common sense to the system and ending abuse of our laws.”