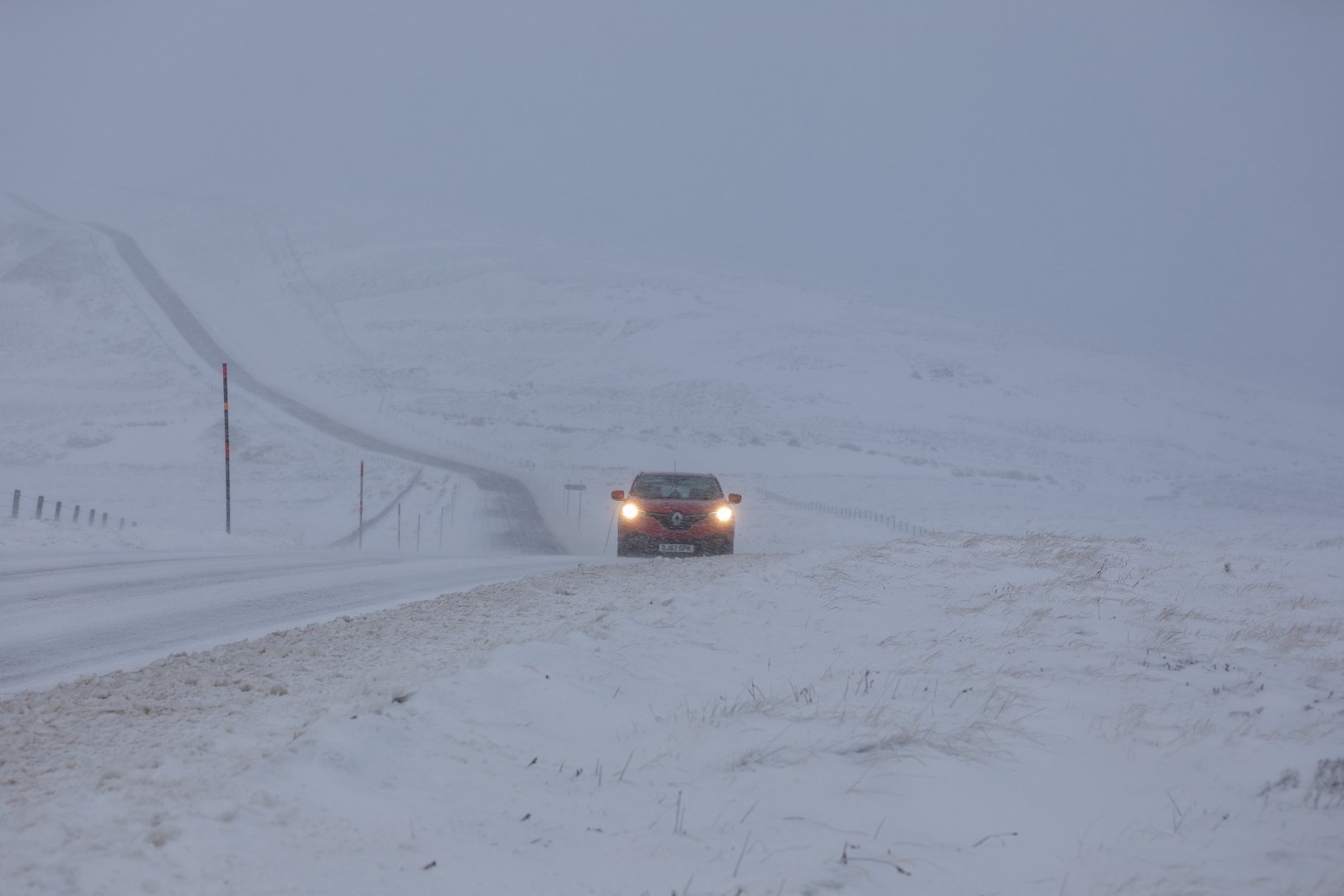 Drivers have been warned to leave extra time for their Monday morning commute due to icy roads during rush hour, following a weekend of wintry weather.

Drivers have been warned to leave extra time for their Monday morning commute due to icy roads during rush hour, following a weekend of wintry weather.

A Met Office yellow warning for ice across the centre of the UK covers all four nations until 10am, when conditions are expected to improve in most areas apart from northern Scotland – where snow is forecast to continue.

The forecaster has said overnight sleet will leave behind slippery surfaces which could cause “injuries from slips and falls” and “icy patches on some untreated roads, pavements and cycle paths”.

Heavy rain, which will turn to snow in places, is also due to affect the south-east coast, which is covered by a yellow warning until 8am on Monday.

Met Office meteorologist Craig Snell said the cold conditions moved in from the Arctic over the weekend, and he warned Monday morning commuters to leave plenty of time for their journeys.

He said: “We could well see some wintry showers develop tonight across the middle band of the UK, with a risk of snow on high ground and slippery surfaces on lower areas.

“This could be a problem during rush hour, it could cause a few problems on the roads. The risk of flooding is still there.”

Mr Snell said rain will clear from the South East from 10am, and most of the nation will be dry with sunny spells through the rest of Monday.

Temperatures are expected to drop overnight to minus 2C in London, minus 1C in Cardiff, and minus 3C in both Edinburgh and Belfast – while Highland areas of Scotland could see minus 10C.

The rest of the week is predicted to be cold with patchy showers, particularly in northern areas, until temperatures rise at the weekend.

A lengthy yellow Met Office warning for snow and ice covers northern Scotland until 10am on Wednesday.

Sarah Cook, flood duty manager at the Environment Agency, has said workers will continue dealing with flooding in the areas which were worst hit by the weekend deluge on Monday.

Speaking on Sunday night, she said: “Recent heavy rainfall means river levels will remain high, so some minor flooding is still possible in small parts of south-west England, and the West Midlands into Monday.

“We could see more rain tonight in the south of England too, giving the possibility of a minor risk of flooding to isolated properties.

“With the ground saturated, communities in these areas should check their flood risk.

“The Environment Agency is monitoring flood levels, operating flood gates and barriers at locations across the country, and ensuring debris screens are clear from blockages to ensure communities are better protected.”

Ms Cook advised people to stay away from swollen rivers and to avoid driving through flood water.

In Somerset – an area particularly prone to flooding because it is below sea level – moorlands were used as “reservoirs” to contain the overspill from the Severn, Avon and Wye rivers, and a handful of homes were flooded.

Further north in York, rescue workers were seen using a boat to navigate floodwater in the North Yorkshire city centre after the River Ouse burst its banks.

The Environment Agency had 86 flood warnings and 142 flood alerts in place across England as of Sunday night.

Natural Resources Wales issued one flood warning for the town of Monmouth, by the border, along with 13 less severe alerts for towns at scattered locations.