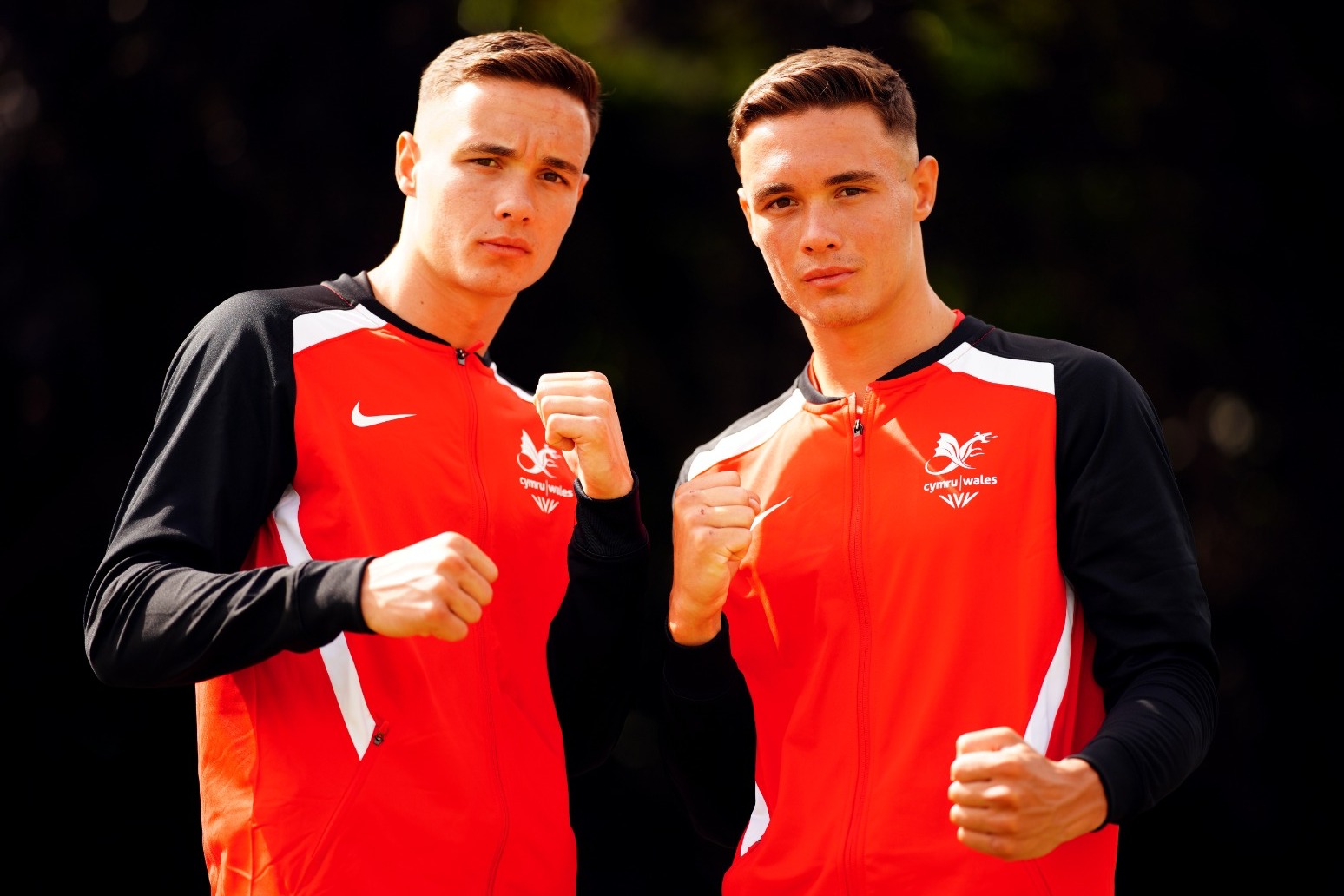 Identical boxing twins Garan and Ioan Croft are planning to show their punching power at the Commonwealth Games and make opponents see double.

The 20-year-olds are aiming to strike gold at light-middleweight and welterweight this summer, with Ioan competing at the lower weight class in Birmingham to ensure both brothers could represent Wales.

“We spar all the time, I wouldn’t know how many rounds we’ve done against each other,” said Ioan, the younger brother by just one minute.

“But there would never be a situation where we would fight each other. By fighting as a welterweight at 67 kilos, it made it possible for both of us to go to the Games.

“I’ve always been a little bit smaller naturally, one or two kilos lighter than Garan. But I do have a strict diet a few days out from a tournament.

“I do really cut down. But since moving down in weight the success has come, so it’s definitely worth it.

“I think people on the international scene do know there’s two of us now.”

The twins hail from the small Pembrokeshire village of Crymych, which has around 800 inhabitants, and began boxing at Cardigan ABC at the age of eight.

At 17, the pair moved up to Cardiff to train with the Wales team, and in January they were selected for the Great Britain Podium Squad at the Team GB training camp at Sheffield.

The brothers both won silver medals at the Under-22 European Championships in Croatia in March.

They were on the podium again at last month’s European Championships in Armenia.

Orthodox boxer Garan won silver and Ioan, a southpaw, took bronze, and the pair hope Birmingham acts as a springboard to reaching the 2024 Paris Olympics.

“The Commonwealth Games was the aim since we started boxing, especially after watching it at Glasgow in 2014,” said Garan.

“We knew that was our goal and that’s where we wanted to be. To be trying the Wales kit on and knowing that dream is coming true is amazing.

“But for any top amateur the dream is to box in the Olympics, and that’s what we’ll be pushing for after Birmingham.”

Picturesque Pembrokeshire may not be regarded as a hotbed of boxing.

But the twins are determined to put the county on the sporting map, with Garan saying: “We’re from a small community and it’s nice knowing that everyone is behind us 100 per cent.

“We’re thinking gold in Birmingham as neither of us will be satisfied if we leave with anything else.”

Ioan added: “I think gold is a reasonable target. We know we’re both capable of it, we’re both confident in our ability and come the time we’ll both be ready.

“We do have a plan of what we do, and we definitely see the pro game down the line. It’s just when.”