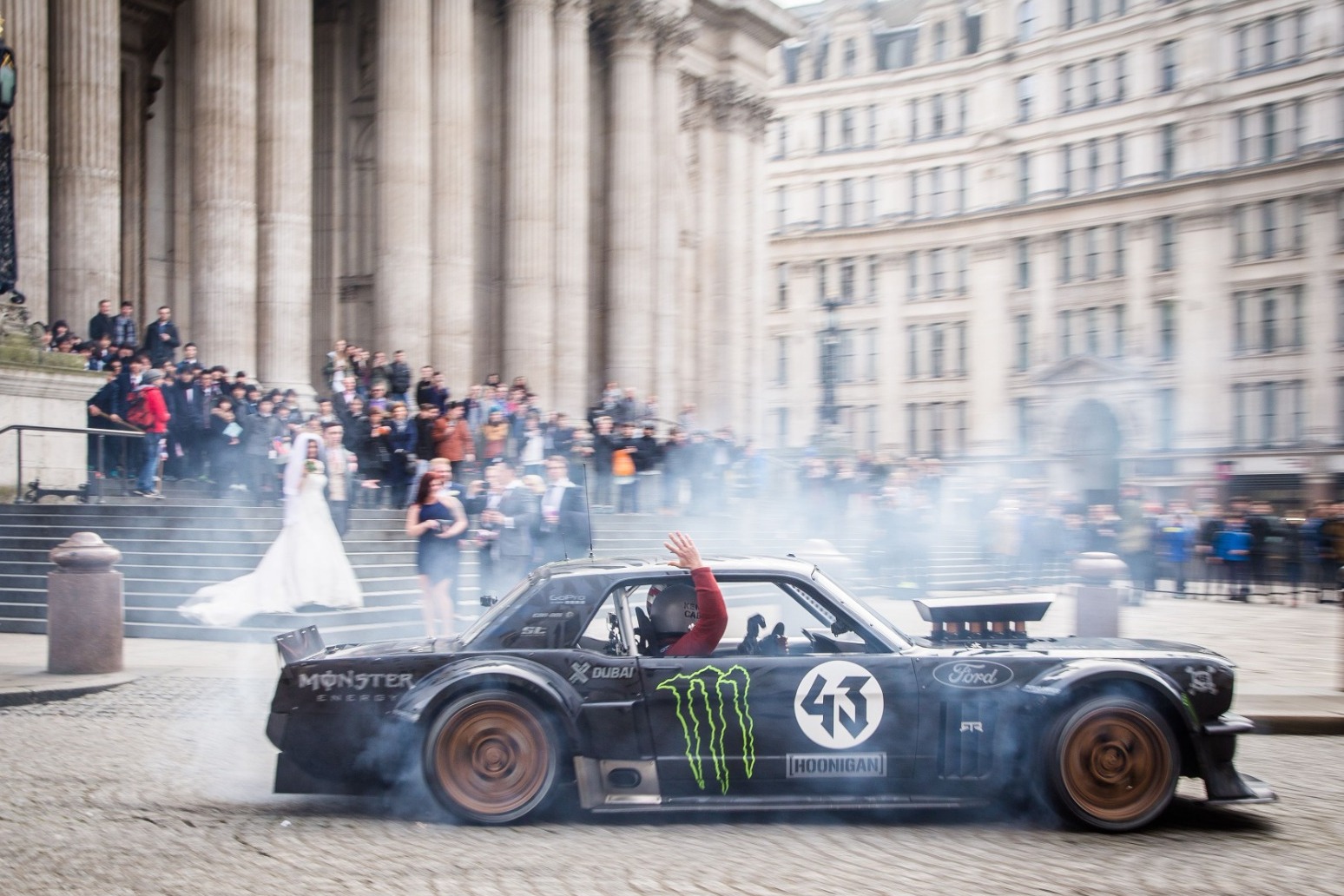 Former Top Gear presenter James May has remembered his “hilarious days out” with American rally driver Ken Block, who has died in a snowmobile accident at the age of 55.

Block competed in the World Rally Championship and was named Rally America Rookie of the Year in 2005.

“It’s with our deepest regrets that we can confirm that Ken Block passed away in a snowmobile accident today,” Block’s team Hoonigan Racing said in an Instagram post.

“Ken was a visionary, a pioneer and an icon. And most importantly, a father and husband. He will be incredibly missed.”

May was among the famous faces paying tribute to the professional driver on social media on Tuesday, alongside the official Top Gear Twitter page which described Block as an “all-round hero”.

“RIP Ken Block, with thanks for some hilarious days out. Here’s the airfield drifting piece from years back,” May tweeted.

Paddy McGuinness, who currently hosts the BBC motoring show alongside Andrew “Freddie” Flintoff and Chris Harris, shared a video of Block driving through an industrial landscape.

Meanwhile, the president of Federation Internationale de l’Automobile (FIA), Mohammed Ben Sulayem, said: “I am deeply saddened to learn of the passing of my friend Ken Block. An inspiration for us all and a true gentleman of our sport.

“The @FIA’s thoughts and prayers are with his family and friends at this difficult time. RIP @kblock43.”

Tanner Foust, who hosted the US version of Top Gear, wrote: “What an incredible person to learn from, battle with and to admire over the last two decades. Ken’s influence on the automotive world cannot be quantified.

“In addition to pioneering a road map for the rest of us to follow in the marketing of motorsport – Ken Block was, above all else, a devoted family man. My heart and prayers go out to Lucy and the kids.”

Alex Renton, executive producer of Top Gear, said: “Ken was a trailblazer in the automotive industry. When he released Gymkhana 1 in 2008 he had the entire Top Gear office wide-eyed in amazement.

“We had the pleasure to work with Ken on several occasions over the years and his contributions were always so memorable and exciting for our audience.

“We were honoured to have had the chance to work with him and learn from him. Our thoughts are with his family, friends and colleagues right now.”

Former Olympic cyclist Sir Chris Hoy, who is also a motorsport driver, shared a photo of himself with Block.

He wrote: “Shocked and devastated to hear the news this morning. Can’t believe it. Sending love to his family. RIP Ken Block.”

Californian-born Block was a successful businessman, having co-founded the sportswear company DC Shoes before shifting his focus to Hoonigan Industries, a clothing brand for auto enthusiasts.

Block was also a YouTube star known for posting daring stunts behind the wheel.

He was introduced to a mainstream British television audience in 2016 when he appeared in an episode of BBC’s Top Gear, driving around London with actor and host Matt LeBlanc.

“The #WRC family extends its sympathies to the family and friends of motorsport icon Ken Block,” the WRC-FIA World Rally Championship posted on its official Twitter account.

Block died near Woodland, Utah, with the Sheriff’s Office in Wasatch County saying he was riding on a steep slope when the snowmobile upended and landed on top of him.

“He was pronounced deceased at the scene from injuries sustained in the accident,” it said in a statement.

The Sheriff’s Office added that Block was riding in a group but was alone when the accident happened.