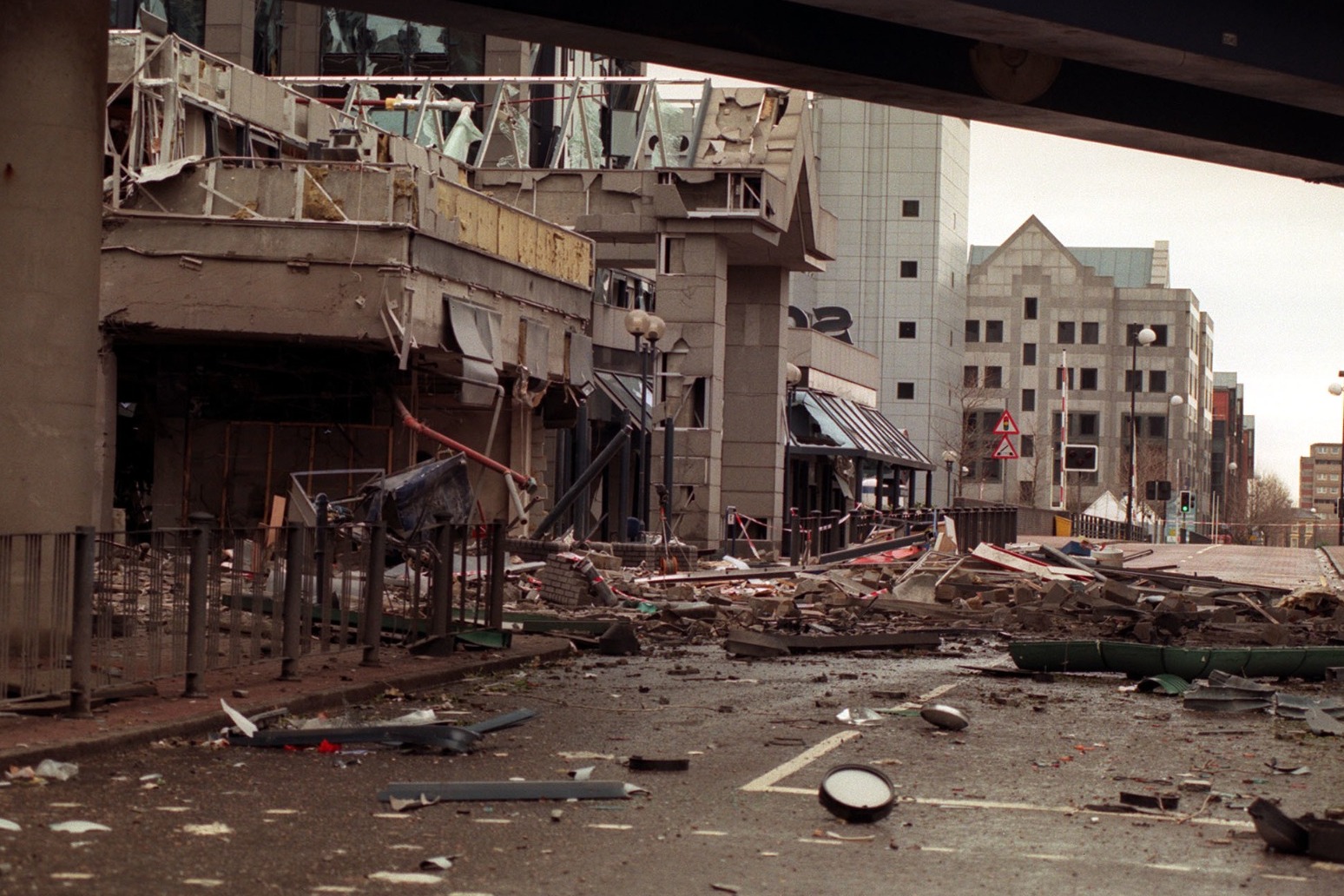 Mr Johnson claimed in 1996 the IRA were close to defeat in 1994, adding “let them use the bomb and the bullet” and that the British would “beat them eventually”.

The confidential Irish government document from 1996 details a “slightly surreal” discussion an Irish official had with Mr Johnson who was then deputy editor of the Daily Telegraph newspaper.

The conversation took place on February 13, four days after the IRA London Docklands bombing, which killed two people and injured more than 100 others.

“Our conversation had a slightly surreal touch, not least because I spoke to him on a mobile phone for 15 minutes while standing in the street outside a place of refreshment,” the official wrote.

“Johnson told me that there is a strong view at editorial level in his newspaper – although he avoided saying so I believe it is the view of his editor Charles Moore – that the Prime Minister (John Major) must have done something wrong in his address to the House of Commons on Monday because the Irish Government had reacted so warmly to his statement,” the document states.

“More worryingly, Johnson argued for what he called a “hard egg” approach,” the document states.

“Let them use the bomb and the bullet, we shouldn’t give in and we will beat them eventually,” Johnson is quoted as saying.

The official said he had “pointed out” that a hard egg approach “can only lead to broken heads”, adding “the priority now has to be to minimise the chances of another act of violence, and that the clear message for both governments has to be that while there’s no place for the men of violence at the negotiation table there is an alternative to violence”.

“Implicit in Johnson’s argument was “let the nationalists go to hell”,” the document continues.

“He claimed that the IRA were in 1994 at the point of defeat, I asked him to name one serious security source who would back up that statement. Surely the lesson of the last 25 years is that there is no security or military solution.

“This was not an argument he was prepared to accept.”

The official was canvassing the opinions of a number of journalists from both the left and right political spectrums in Britain.

The document outlines how the official had spoken to George Jones, the then political editor of the Daily Telegraph, on February 12, whom he labelled as a “unionist”.

He said Mr Jones had been on Irish broadcaster Pat Kenny’s radio programme following the bombing and that Mr Jones said he had had a “sharp difference of views about what the governments should do in the wake of the Canary Wharf bomb”. “Is Pat Kenny a republican,” Mr Jones asked.

The official said in contrast, left wing papers and journalists had been inclined towards being “critical of the Prime Minister’s (John Major) actions in the weeks leading to the Canary Wharf bombing”.

A conversation with Peter Riddell, political commentator with The Times is also documented. Mr Riddell told the official he was surprised at “the lack of a more robust response” on the part of the political establishment to the London Docklands bombing.

The letter continues: “The number of Tories who take a serious interest in Northern Ireland is very low and the prevailing mindset for most Tories is one of resolute anti-terrorism and a hatred of Gerry Adams rather (than) pro-unionism.”

The official said he had raised the “demonisation” of then SDLP leader John Hume with Mr Riddell, who had told him he had learned “very directly” that the prime minister John Major “actively dislikes John Hume but gets on quite well with Seamus Mallon”.