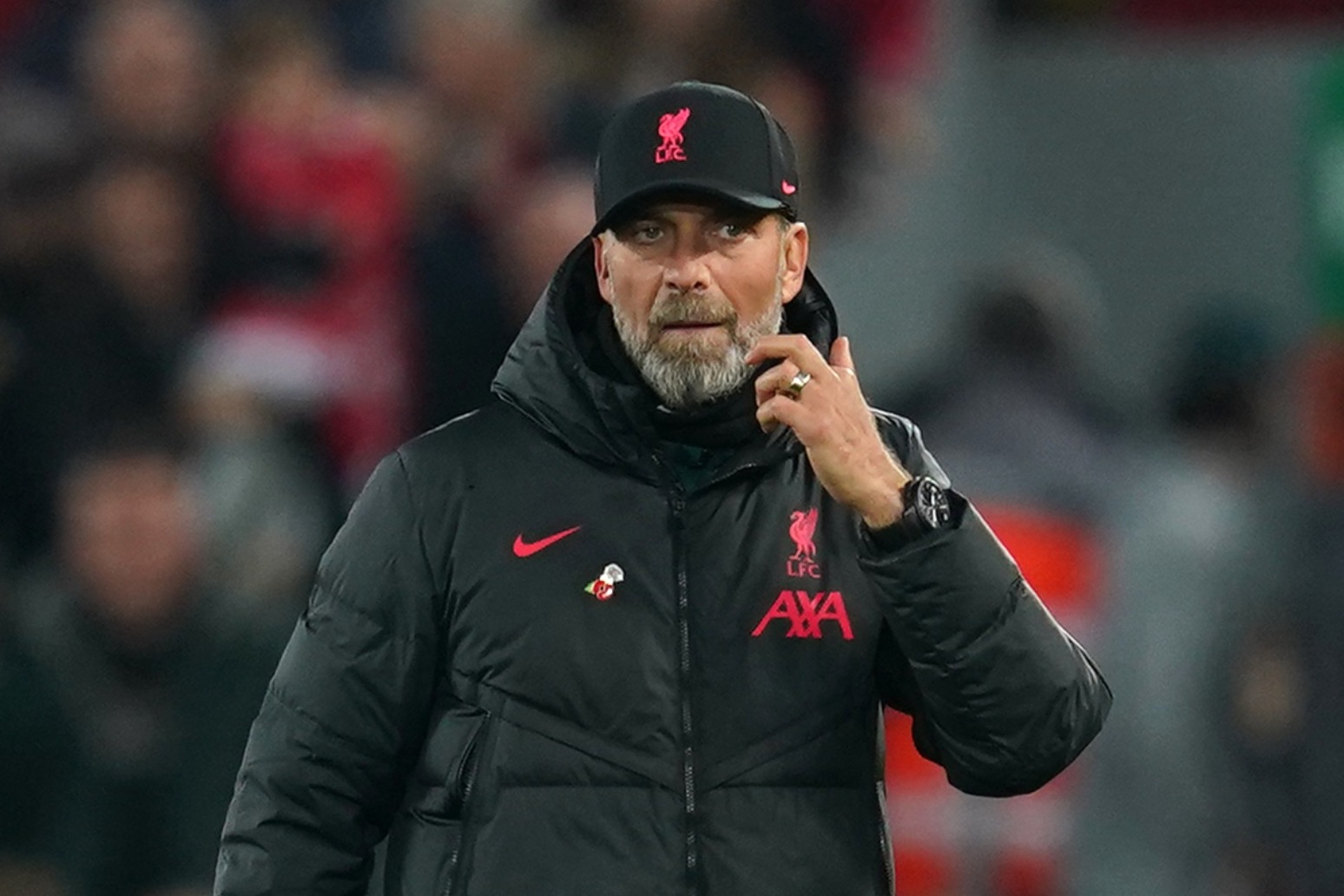 Liverpool manager Jurgen Klopp insists he is happy to be within “punching distance” of the top four as he looks to mount a bid for Champions League football in the second half of the season.

Inconsistent results meant the Reds headed into the World Cup break in sixth place, seven points behind fourth-placed Tottenham – albeit with a match in hand – and a huge 15 adrift of leaders Arsenal.

But a run of eight wins in 10 fixtures prior to the cessation of the Premier League suggested they had ironed out those rogue results and – although their return to action saw the defence of their Carabao Cup end at the hands of Manchester City – Klopp has his eyes on a renewed battle.

“We obviously left a gap between us and the much more exciting spots in the table, but we consider ourselves in the moment within punching distance and that means we have to chase and that’s what we will do,” he said ahead of the Boxing Day trip to Aston Villa.

“I saw good signs (against City on Thursday). I was not happy with everything, I didn’t like our counter-press, to be honest – it was pretty much non-existent.

“But all the players who are back from the World Cup now look really on it, that’s very important.

“I think some of them could really gain confidence even when it probably was not that low before, but a good World Cup, like for Hendo (Jordan Henderson) for example, is for sure helpful.

“So we are really looking forward to what is coming up but we know it is intense. There are never guarantees out there and I can imagine at Arsenal that everybody is buzzing to go again, City you saw (on Thursday), they have expectations and ambitions.”

Klopp is likely to restore the likes of Trent Alexander-Arnold (illness), goalkeeper Alisson Becker and centre-back Virgil Van Dijk (both rested) in as strong as a team as he can field with only France’s Ibrahima Konate yet to return after the World Cup.

For most of his players, the last month in Qatar ended in disappointment – some more than others like Alexander-Arnold who managed just half-an-hour for England and Fabinho (who managed one game for Brazil).

But having returned to the club fold, Klopp believes there will be no hangover.

“I don’t know who that would be. Virg played a good World Cup but they didn’t go that far, for example,” he added when asked whether he had had to manage the disappointment of some players.

“I don’t think Fabinho or Trent lost any kind of confidence just because they didn’t play that many minutes. It is not about that.

“Darwin (Nunez), no sign for that and all these kind of things. For some it is a boost and for others it is a normal situation.

“Footballers are used to dealing with setbacks or with missing expectations or targets. That happens every year pretty much, so we don’t carry that with us too long.