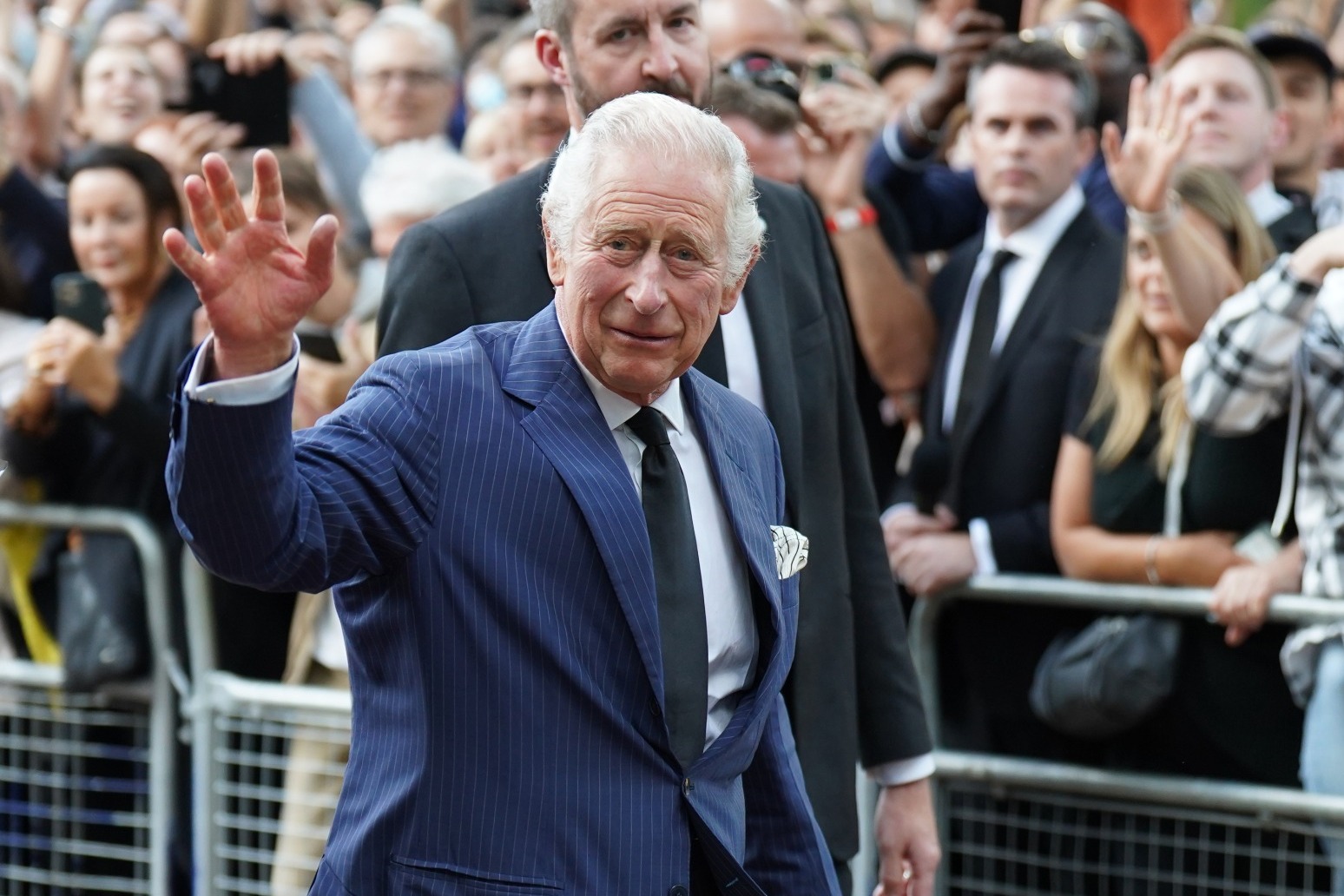 The King will use Clarence House as his home for the time being, with major building work at Buckingham Palace yet to be completed.

Buckingham Palace is considered Monarchy HQ and Charles III has already held a series of audiences with the PM, cabinet ministers and Realm High Commissioners at the famous London landmark.

The £369 million reservicing programme at the historic building is spanning 10 years, and includes updating the electrical cabling, plumbing and heating.

It is understood the King and the Queen Consort will use nearby Clarence House – the Queen Mother’s former home which Charles moved into in 2003, as their home at this stage while focused on the aftermath of the Queen’s death, with the Palace reserved for official duties.

Clarence House, built between 1825 and 1827 to the designs of John Nash, is much loved by the couple, and was extensively refurbished and redecorated to the their taste, and features pieces from Charles’s art collection and many family photos around the residence.

Buckingham Palace has served as the official London residence of the UK’s sovereigns since 1837.

With Elizabeth II dying just four days ago, how the royal residences are used in the future has yet to be decided out of respect.

Charles is expected to inherit his late mother’s beloved private estates of Balmoral and Sandringham.

Charles’s official Welsh home is Llwynywermod, his Welsh property in Llandovery, Myddfai. It is not yet known whether he will pass this to his son, the new Prince of Wales.

William and the Princess of Wales moved just days ago to the four-bedroom Adelaide Cottage in Windsor’s Home Park, to offer their children more freedom away from central London, amid a start at a new school which coincided with the death of the youngsters’ great-grandmother.

It has been reported they will move to Windsor Castle, or another larger property in Windsor in the future, but a source insisted: “Right now the focus is the mourning of Her Majesty the Queen.”

The Waleses have Kensington Palace’s 20-room Apartment 1A as their office and base in London at the moment, and the Anmer Hall mansion on the Sandringham estate as a country retreat in Norfolk.

The Queen used the ancient royal fortress of Windsor Castle in Berkshire both as a private home, where she spent most of her time in her later years, and as an official royal residence for certain formal duties including audiences and state visits.