Leeds kickstarts Year Of Culture 2023 with a bang 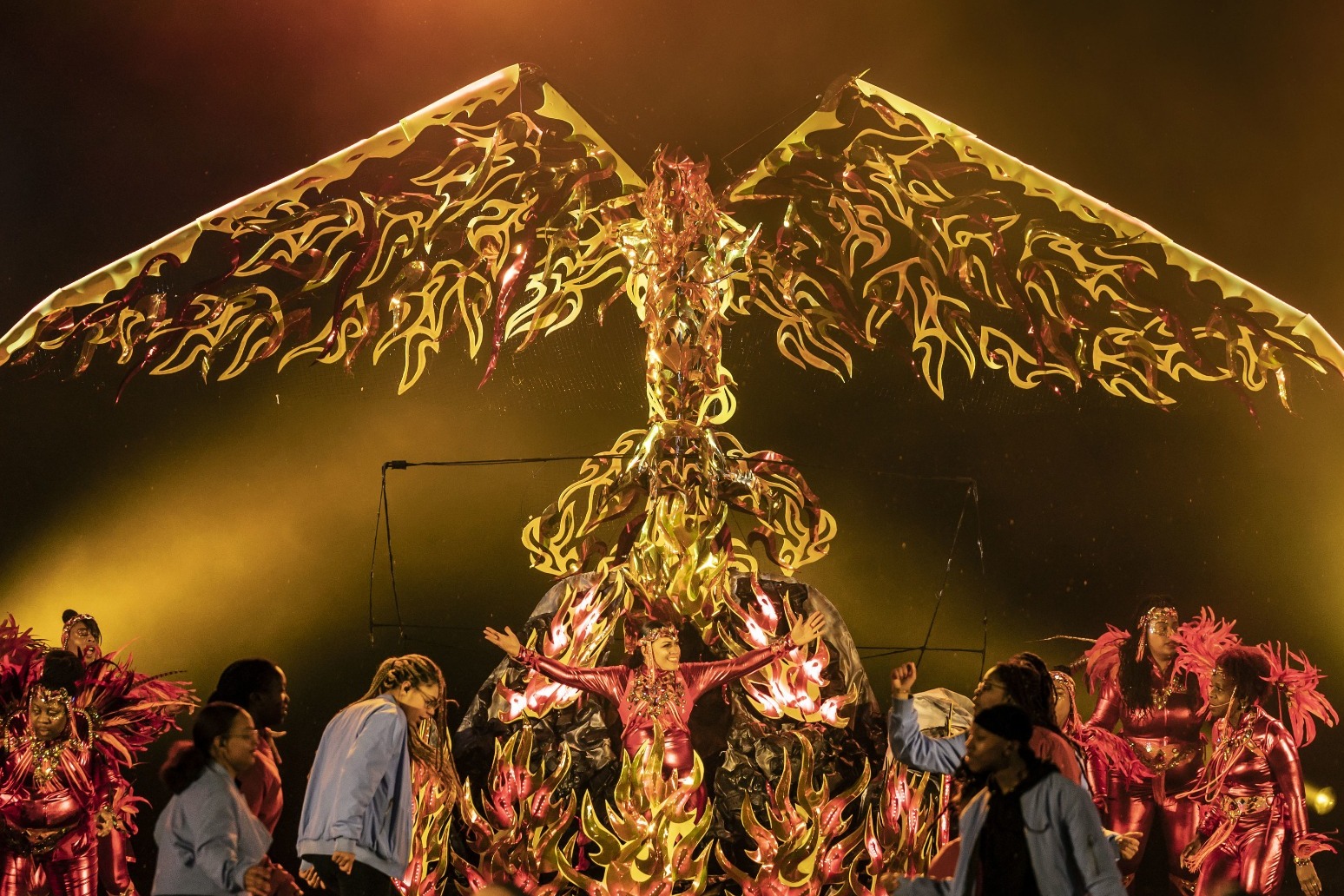 The city has decided to stage it’s own cultural celebration, after Brexit ruled it out of the running for European Capital of Culture

The free showcase of live performances was billed as a “collision” of music, poetry, performance, comedy, dance and film, and was a celebration of the Yorkshire city’s cultural past, present and future.

It comes after Leeds was denied a chance to become European Capital Of Culture 2023 due to Brexit. It was bidding for the honour in 2017 which was blocked after the European Commission decided the UK was no longer eligible.

The city also lost out on the chance to host the Eurovision Song Contest which will take place at the Liverpool Arena after 2022’s winner, Ukraine, was deemed unable to host because of the Russian invasion.

Leeds decided to take matters into its own hands staging its own cultural festival lasting 12 months, which launched on Saturday.

Poet laureate Armitage and his band LYR performed a specially-written ode to the city, in which he read: “Wake up Leeds, you’ve got gold in your veins”, the BBC said.

The show also saw Leeds’ youngest rock band, The Solar Jets from LS18 Rocks performing music school, pay homage to Kaiser Chiefs with their cover of I Predict A Riot, shooting flames and lasers from the stage.

Headline act Bailey Rae, originally from Leeds, was the final artist on stage who performed classic tracks including Like A Star and Put Your Records On.

She said to the audience: “This is day one. Can you imagine what we will be able to do together by the end of the year.”

Following the opening ceremony, the official twitter for Leeds 2023 wrote: “And that’s a wrap. #TheAwakening has been a real community effort.

“A big shout out and massive congratulations to our dancers, performers, participants and everyone who has made tonight one to remember! Here’s to 2023.”