Lying in state ends after outpouring of public devotion for Queen 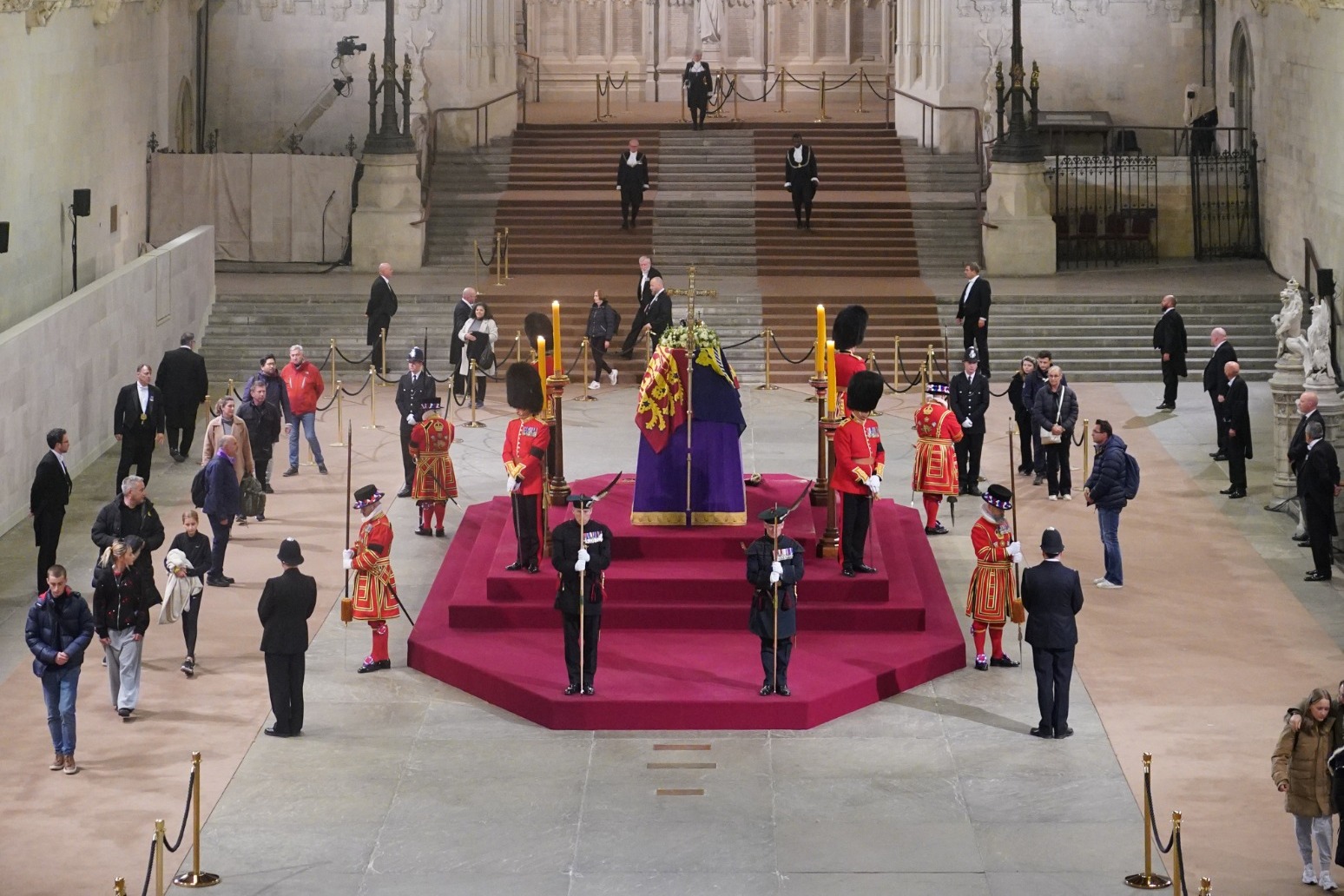 The final mourners have paid their respects to the Queen lying in state in Parliament’s Westminster Hall.

Since Thursday, hundreds of thousands of members of the public have filed past the coffin until, early on Monday morning, the final people who had queued through the night left the cavernous medieval hall.

The process has seen a river of people snaking along the Thames around the clock, members of the public mixing with celebrities and foreign dignitaries beneath Westminster Hall’s hammer-beam roof.

Some bowed, some curtsied, others made the sign of the cross as they paused beside the coffin which was draped in the Royal Standard with the jewels in the Imperial State Crown, sceptre and orb, placed on top.

Members of parliamentary staff and, finally, Black Rod Sarah Clarke were the final people to pay their respects after the last of those who had queued had been through Westminster Hall.

For the Queen, it was the final duty in Parliament, an institution which she visited frequently during her 70-year reign.

She delivered her first Queen’s Speech at the State Opening of Parliament on November 4, 1952.

During her reign she only missed three state openings – in 1959 and 1963 when she was pregnant with Andrew, the future Duke of York and Edward, who would become Earl of Wessex and then in May this year as her health faltered.

On that occasion the then Prince of Wales opened Parliament, a role which will be his by right from now on as King.

Ms Heerey said: “I was the last person to pay my respects to the Queen and it felt like a real privilege to do that.

“It’s one of the highlights of my life and I feel very privileged to be here.”

By the end, the flow of mourners passing into Westminster Hall had slowed to a trickle as those at the back of the queue finally reached their destination.

Some were smartly dressed in sombre black coats, while others wore brightly coloured outdoor gear which served as protection against the chilly autumnal night.

They passed through the hall in silence, with some pausing for one final look at the only monarch many of them have ever known before exiting into the dawn.

The silence was interrupted only by the changing of the guard every 20 minutes, the sound of military boots on the stone floor echoing off the walls.