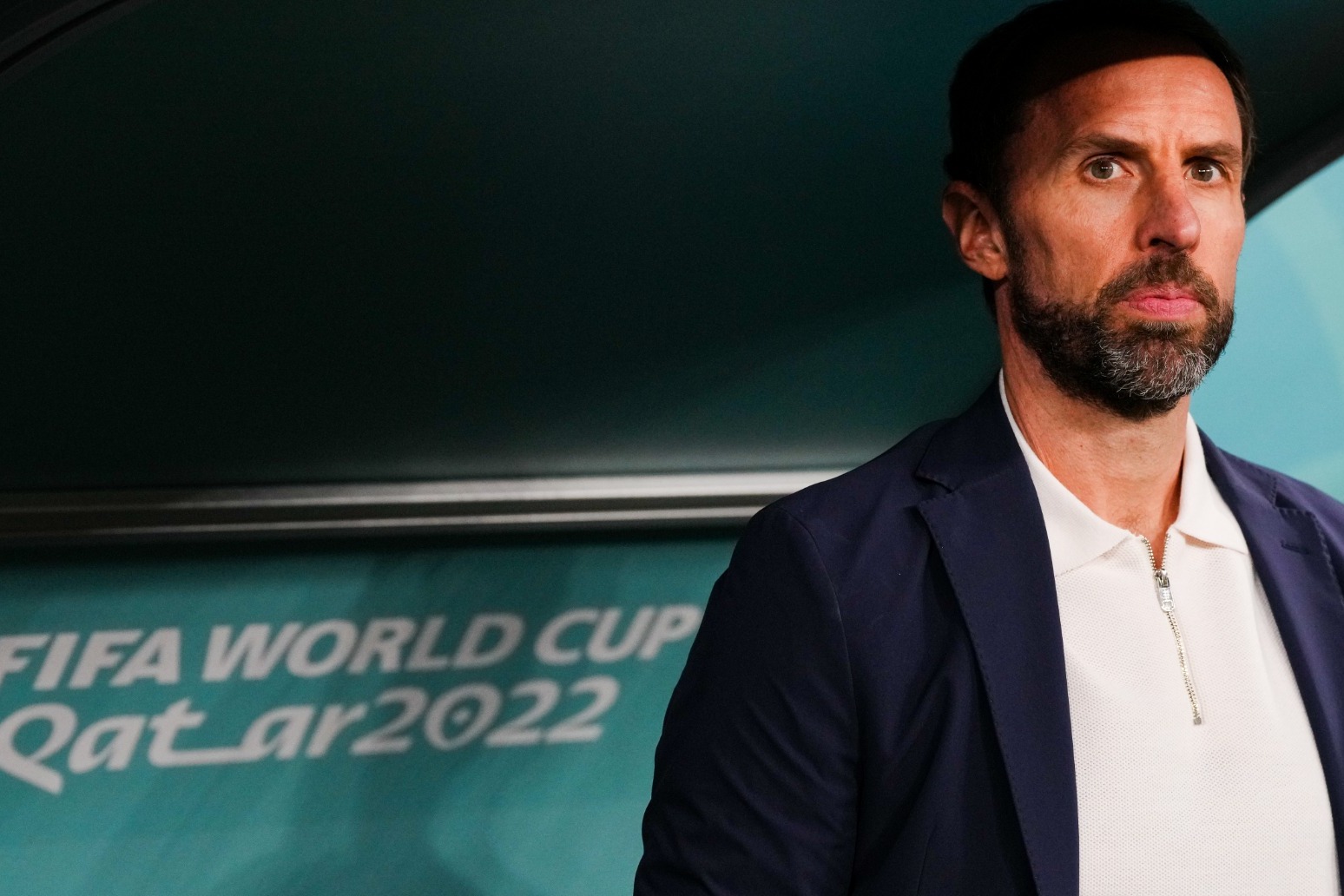 Another impressive tournament display, another missed opportunity for England.

Gareth Southgate’s men promised much in Qatar but fell short in their quest for glory as issues from the spot proved an all too familiar problem at this World Cup.

It was a single penalty rather than a shootout that cost them this time as captain Harry Kane found the Al Bayt Stadium stands rather than the back of France’s net with his second penalty in a 2-1 quarter-final exit.

But England’s display against the reigning champions meant that familiar sinking feeling of what could have been was complemented by a sense of what could still be for this talented group.

The France match was, as assistant manager Steve Holland said in the build-up, a 50-50 clash and one eventually settled on fine margins rather than the team being overawed by star-studded opposition.

England changed tack in Qatar as the five-man backline was put in cold storage in favour of a front foot 4-3-3 formation as nascent stars like Jude Bellingham, Declan Rice and Bukayo Saka impressed.

Kane led from the front and was a key figure without finding the net with the regularity that saw him win the Golden Ball four years ago, although he did manage to equal Wayne Rooney’s national record goal haul of 53.

Marcus Rashford’s resurgence caught the eye and Phil Foden is starting to take his club form into the national set-up, while the defence looked solid despite legitimate pre-tournament concerns over Harry Maguire.

England kicked off their Qatar quest with their best start to a tournament, thrashing normally obdurate Iran 6-2 shortly after the Premier League paused for this unprecedented World Cup.

There was a smattering of boos after the drab 0-0 draw against the United States but the team responded with a resounding 3-0 victory against neighbours Wales to book a last-16 berth.

Another 3-0 triumph followed as African champions Senegal were swatted aside to secure a quarter-final date against France, who are without some injured stars and looked there for the taking.

Yet despite that and another promising performance, it was Les Bleus that progressed and went on to seal their place in a second consecutive World Cup final after edging past surprise package Morocco.

Whether Southgate watched the semi-finals or indeed plans to see Sunday’s final is unclear given the emotionally spent manager is currently hunkered down processing this tournament and recent events.

The 52-year-old knows better than anyone the highs and lows that come with representing England – from missing his key penalty in the Euro 96 semi-final loss against Germany to leading the team to the last four in Russia.

But even for thick-skinned Southgate the last 18 months have been draining and often difficult.

England’s run to a first European Championship final last summer ended in a painful penalty shootout defeat to Italy at Wembley and was followed this year by relegation from the Nations League’s top tier.

Southgate found himself under the most intense criticism since taking over in 2016, with fans even turning on him in Wolverhampton and Milan during that six-match winless run.

The 4-0 Molineux mauling at the hands of Hungary was the lowest point, meaning he is left with conflicting emotions as he ponders whether to fulfil his contract that runs to Euro 2024.

The Football Association hierarchy is hoping Southgate will agree to go again after resetting over Christmas – little wonder given the scant options to replace a man whose accomplishments often seem ignored.

No manager since Sir Alf Ramsey has enjoyed as much success as Southgate, who has overseen half of the 12 major tournament knockout wins since England won the World Cup in 1966.

England have reached three consecutive quarter-finals for the first time since Sven-Goran Eriksson’s reign and such success is made all the more impressive given he took over at a time of disarray.

The under-21s boss was parachuted in on a temporary basis after Sam Allardyce’s inglorious departure just months after Roy Hodgson resigned following the humiliating Euro 2016 exit to Iceland.

Southgate was unsure whether he was ready for the job and all it entails, yet he has transformed the fortunes thanks to his understanding of the country’s budding talents and demands of representing England.

A veteran of four major tournaments as a player, the FA, its staff and his players are now hoping he stays on for his fourth as manager.

Qualification for the European Championship kicks off just 14 weeks on from the curtain coming down in Qatar, which was another missed opportunity but one that provided hope that 2024 could be different.