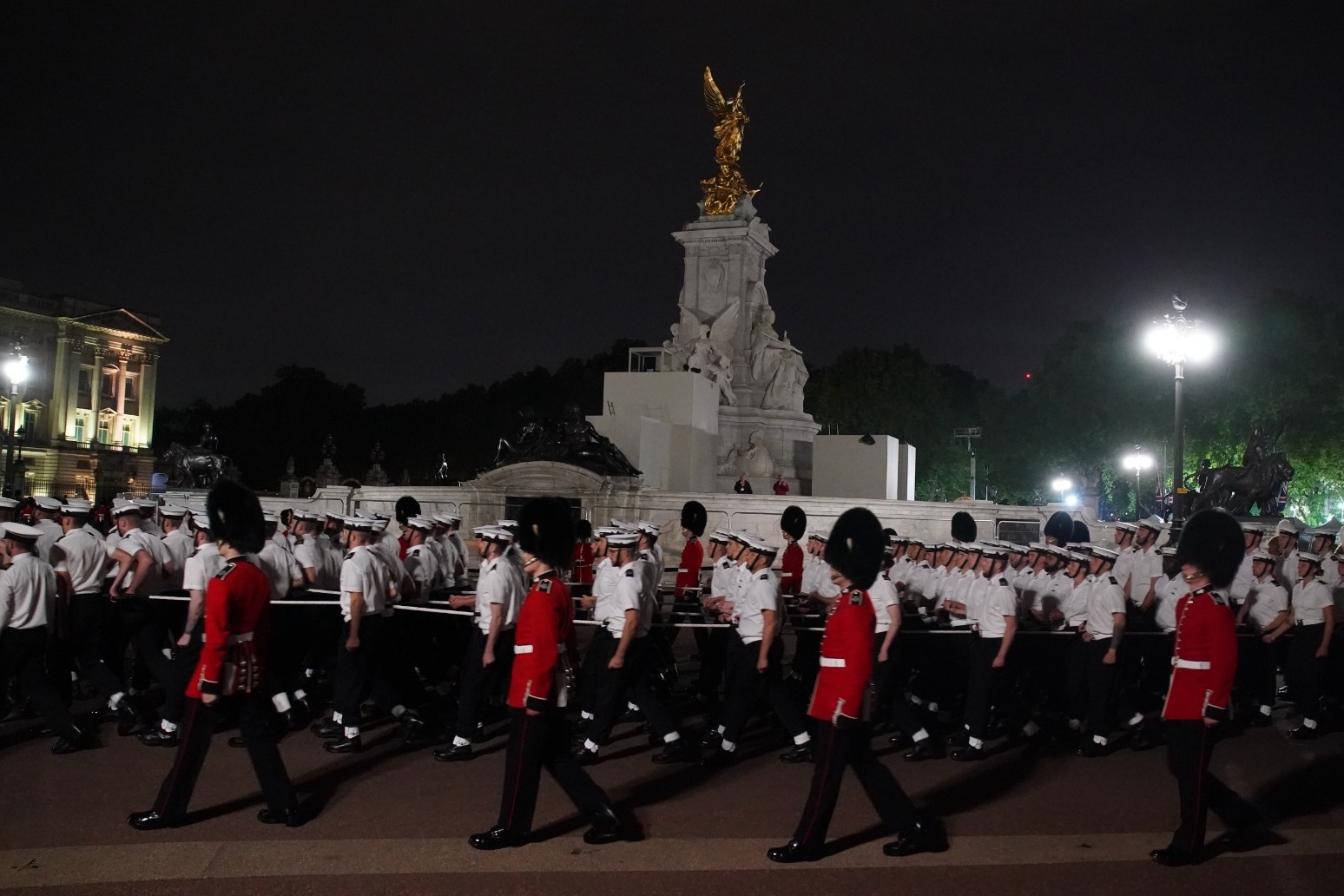 Mourners were queuing overnight in London for the Queen’s lying in state while the King is set to take a day away from public duties today.

Members of the public can pay their respects to the late monarch’s coffin for 24 hours a day at Westminster Hall, with queues along Lambeth Bridge and Albert Embankment continuing to flow all night.

The Queen’s coffin continues to be guarded at all hours by units from the Sovereign’s Bodyguard, the Household Division or Yeoman Warders of the Tower of London.

One of the guards suddenly collapsed overnight, with nearby officials quickly rushing to his aid after he appeared to faint.

Metropolitan Police officers, volunteers and stewards are managing the queue while toilets and water fountains are provided at various points along the route.

People waiting in line are being given a coloured and numbered wristband to manage the queue.

It is the first night people can pay their respects to the Queen after the ancient hall opened at 5pm on Wednesday.

At 2.30am on Thursday the queue was almost three miles long and stretched to London Bridge.

On Wednesday afternoon, the King led the royal family in a public display of homage by walking behind the Queen’s coffin during a procession from Buckingham Palace to Westminster Hall, where it will lie in state until the state funeral on Monday.

Charles then returned to his Highgrove home in Gloucestershire on Wednesday evening.

He will have a private day of reflection on Thursday and is not expected to attend any public events.

In the detailed planning for the aftermath of the Queen’s death – known as “London Bridge” – a day was set aside at this point for the new monarch to have some time away from public duties.

The period will allow the King to pause, but it is understood he will be working in preparation for his new role and will already be receiving his red boxes of state papers.

Elsewhere, King’s Counsel will take part in wreath laying after the death of the Queen.

Senior barristers, now known as KCs instead of QCs after the proclamation of the King, have been invited to dress in robes and court mourning attire.

They will then gather outside the Old Bailey before walking to Gray’s Inn Chapel for the ceremony.

The Princess Royal, accompanied by her husband Sir Tim Laurence, will visit Glasgow City Chambers to meet representatives of organisations of which the Queen was patron.