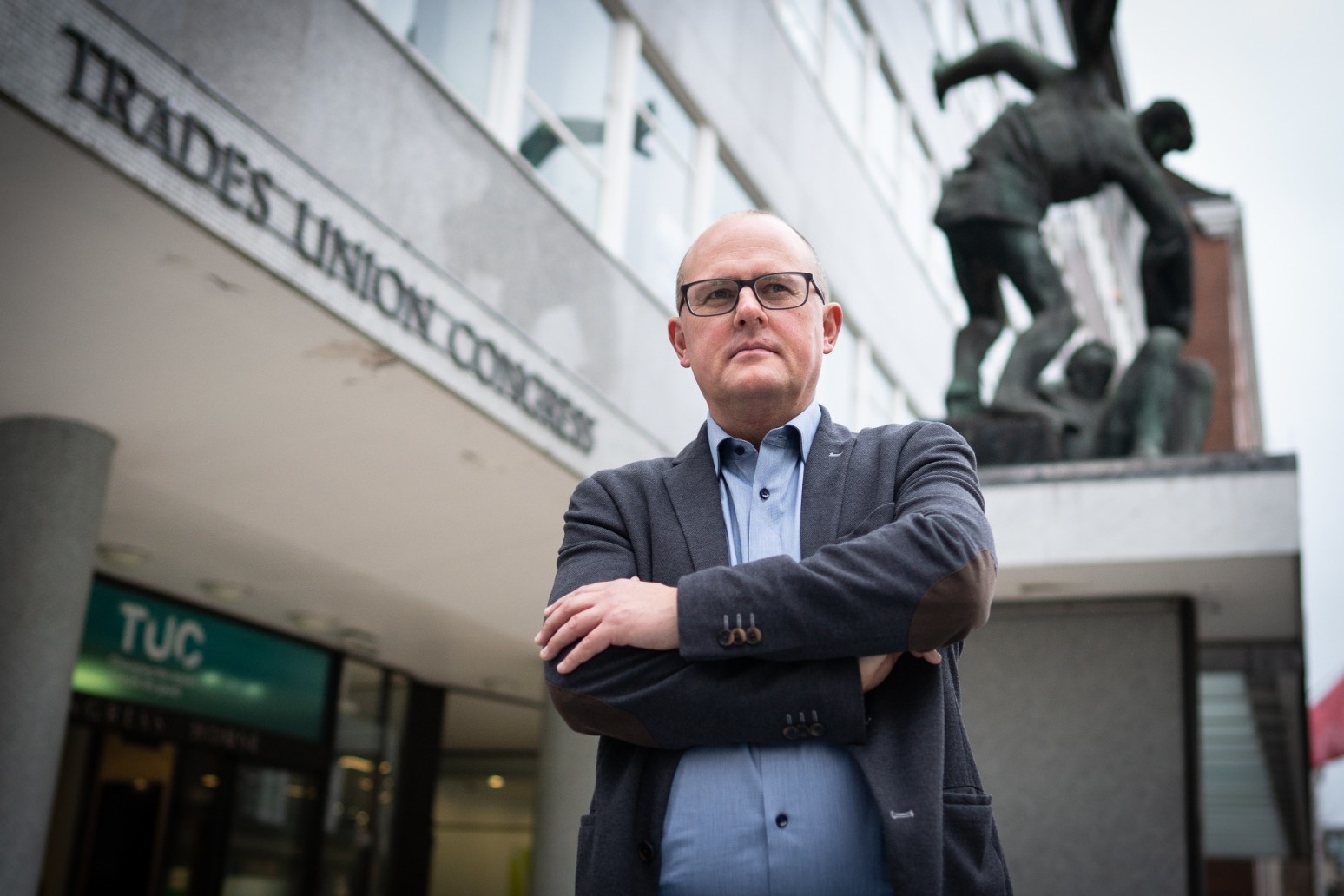 The new general secretary of the TUC has accused the Government of “sabotaging” efforts to resolve the wave of strikes continuing to sweep across the country.

Paul Nowak takes over the job amid the biggest outbreak of industrial unrest in a generation, with leaders of health, rail, civil service, teaching and postal unions increasingly angry at the lack of involvement from Government ministers.

Mr Nowak challenged the Government and employers to work with unions to end what he described as Britain’s “living standards nightmare”.

He warned that workers were facing two decades of “lost pay” unless the country changes course.

In an interview with the PA news agency, he said disputes were normally resolved through negotiations, but added that the Government was refusing to come to the table.

“We want to see public services where workers are properly rewarded and respected. There is overwhelming support for NHS workers, so it is not good enough for Government ministers to continue to put their fingers in their ears.”

Mr Nowak said the Government seemed “blind” to the staffing crisis in the NHS, stressing he will make it a priority to meet the Prime Minister and other Cabinet ministers to try to help resolve the many disputes raging across the country.

To mark his appointment, the TUC published new analysis it said showed that workers are enduring the longest real wage squeeze in modern history.

Mr Nowak said striking workers have been “left with no choice” after more than a decade of pay cuts, and accused ministers of “sabotaging efforts to reach settlements”.

The Conservatives’ decision to hold down public sector pay has left workers “hugely exposed to the cost-of-living crisis” and deepened the staffing crisis in the NHS, education and other public services, he said.

Mr Nowak said he is “daunted and excited” at succeeding Frances O’Grady as general secretary, adding that his priority will be to build a “bigger, stronger and more diverse” trade union movement.

He added: “Today I am issuing a challenge to Government and employers – work with unions to end Britain’s living standards nightmare.

“UK workers are on course for two decades of lost pay. This is the longest squeeze on earnings in modern history.

“We can’t go on like this. We can’t be a country where nurses are having to use food banks, while City bankers get unlimited bonuses.

“Unless we get wages rising across the economy, families will just keep lurching from crisis to crisis.

“Unions stand ready to work with good employers to drive up growth, living standards and productivity.

“For too long we have been trapped in a vicious Conservative cycle of stagnant growth, stagnant investment and stagnant wages.

“It’s time for a proper long-term economic plan that rewards work not wealth.”