Next cheers better than expected Christmas 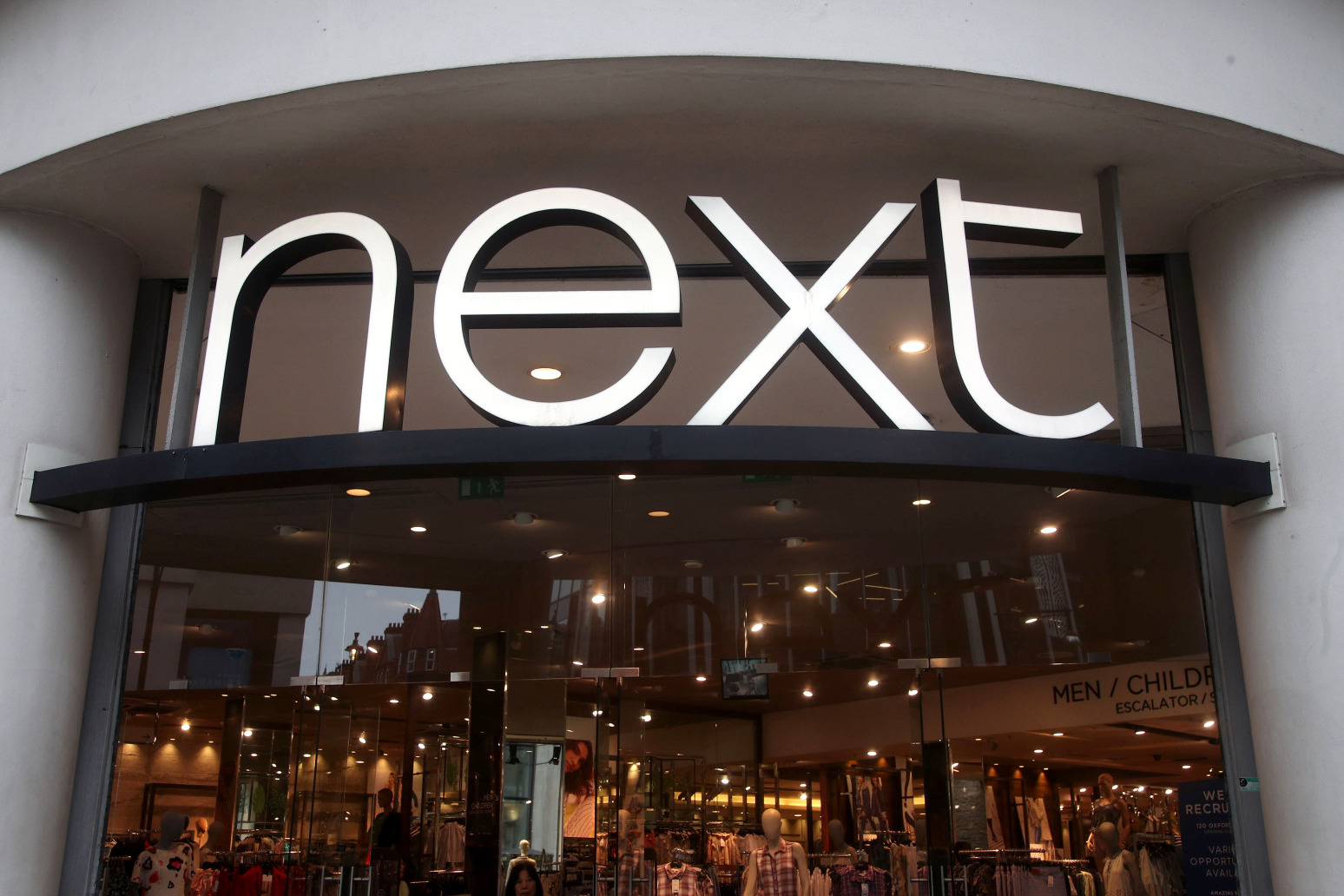 However, the retailer has warned of a difficult 2023

Retail chain Next has increased its annual profit outlook after better-than-expected Christmas trading, but warned of further price rises and falling profits in a difficult year ahead.

The high street giant posted a 4.8% rise in total full-price sales for the nine weeks to December 30, with growth surging to 17% in the final two weeks, as the cold snap and resilient shopper confidence boosted its performance.

It had previously guided for a 2% fall in sales over the festive period.

Shares in the group jumped more than 7% higher as Next said it now expects full-year sales of £4.6 billion, up 6.9% on the year before, and for pre-tax profits to rise 4.5% to £860 million against the £840 million it pencilled in last November.

But the fashion group said the year to January 2024 will be tougher as the cost-of-living crisis bites, guiding for pre-tax profits to fall 7.6% to £795 million on sales 1.5% lower.

It said the group remains “cautious in our outlook for the year ahead”, pointing to consumer demand being affected by the cost-of-living and energy crisis, rising mortgage costs and its own price hikes.

Further price rises are also expected and set to peak at about 8% in the spring, but will ease back thereafter to “no more than” 6% in the second half as currency pressures and freight costs decline, Next predicted.

Speaking to the PA news agency, chief executive Lord Simon Wolfson said festive trading was given a boost by pent-up demand after an unseasonably warm autumn.

But he added that consumer spending was also better than predicted in the face of painful cost pressures.

He said: “Employment has held up very strongly – that’s unusual in a recession.

“That has given people the confidence to spend through the Christmas period.”

He said shoppers were also dipping into savings built up in the pandemic, while also keeping a tight rein on their energy usage to try to keep bills down.

Next also put its better-than-forecast performance down to the fact that it under-estimated the negative impact of Covid-19 on its stores last year as well as the positive impact of improved stock levels this year.

However, Lord Wolfson warned: “Next year is going to be a difficult year.”

Like the rest of the retail sector, the group is facing price pressures of its own, with costs set to rise by £119 million in 2023-24 as energy and wage bills jump higher, while goods have also become more expensive.

Next is cutting costs and having to increase its selling prices as a result, by around 8% currently.

Its price rises will remain at that level into spring and summer, but fall back thereafter with further declines “almost certain” in the early part of 2024, according to Lord Wolfson.

“There is going to be continued pressure on prices, but we can see light at the end of the tunnel,” he said.

The group’s trading update showed a continued bounceback on the high street, with store sales up 12.5%, while online trade remained largely flat – up 0.2%.