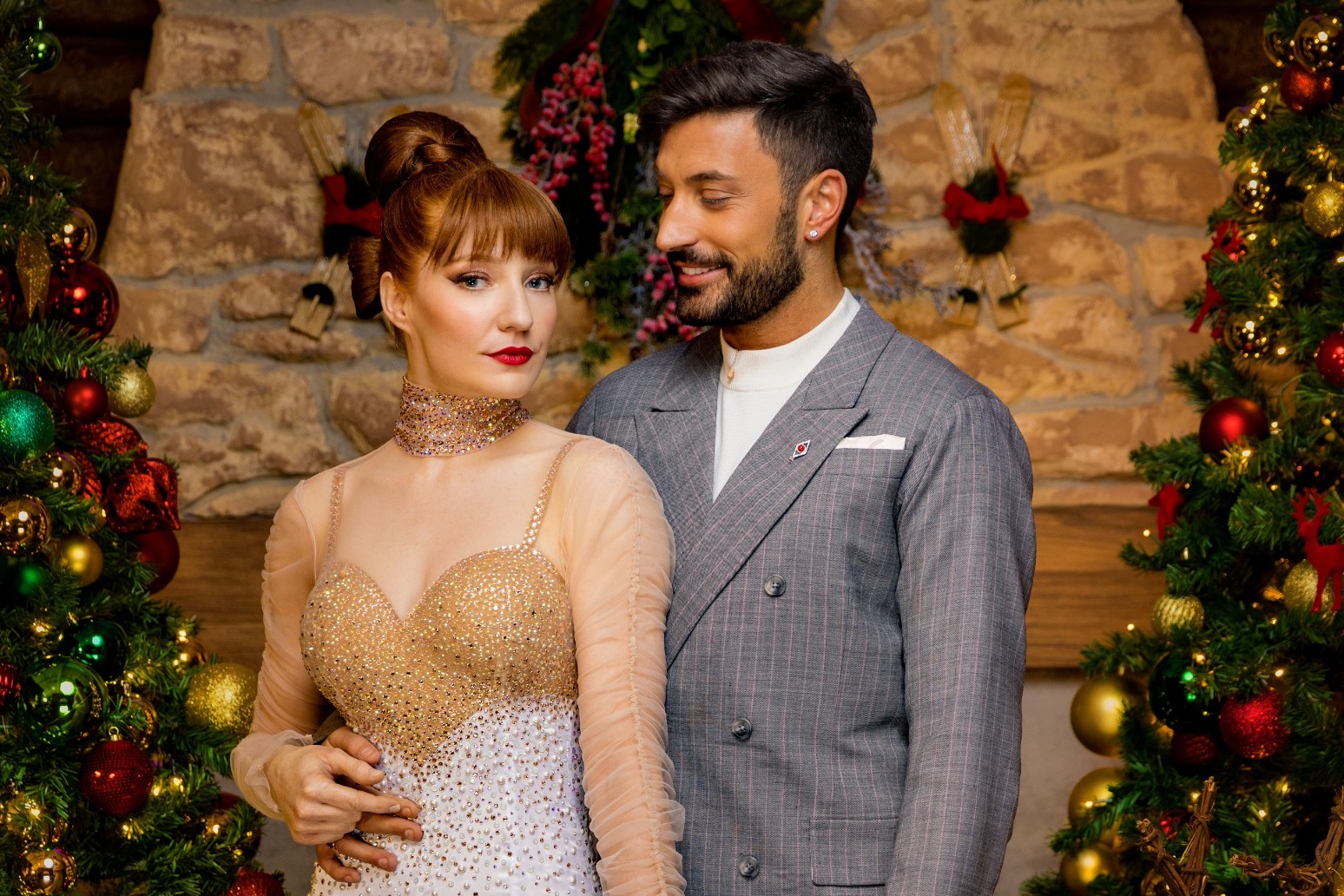 Nicola Roberts had admitted “I was beating myself up” after initially struggling to learn her dance routine for the Strictly Come Dancing Christmas Special.

The 37-year-old former Girls Aloud star has been partnered with Giovanni Pernice as one of six celebrities to battle it out in a festive edition of the show.

Speaking ahead of the special, which will air on Christmas Day, Roberts said: “My process is quite slow.

“When you’re in a band you have weeks to perfect a two hour show, so there’ll be certain numbers that you pick up quickly or the numbers that might take a good couple of weeks to really sink in, and that’s my process, that’s how I’ve learned over the years.

“Obviously, with Strictly you don’t have the luxury of having time. It wasn’t until after the fourth session that I felt like we were in a good space.

“Before that I was beating myself up and not understanding the routine, not grasping the technical aspects, and the position is still not there every time and it’s a lot to think about so it’s been very fast but I like to be professional and I like to do a good job, and I’ve had a great time!”

Speaking alongside professional partner Pernice, 32, the pair discussed the prospect of winning, with Roberts saying: “I haven’t seen anyone else’s dances but I think we’re all coming at it from different backgrounds.

“It’s very hard to be competitive for a show like this, especially when everyone’s so lovely, and it’s the Christmas special and it’s a bit of fun.”

While Pernice, who won the 19th series of Strictly Come Dancing with actress Rose Ayling-Ellis, added: “I’m feeling competitive, I want to win! There are a lot of good dancers as well, and it’s going to be fun!”

Roberts also reflected on how her experience in Girls Aloud has meant she is familiar with the Strictly glitz and glamour.

She said: “Well I spent a long time in a girl band where I was girl band-ified for a long time, and then you step out of that world and you learn how to be you without of all of that.

“And now I’m back in the machine just for a couple of weeks where I’m being plied with glitter and sequined dresses and dressed as Santa’s helper, and I said I wanted fun and it has been fun.”

Roberts will follow in the footsteps of her fellow Girls Aloud star Kimberley Walsh who took part in the Strictly Christmas Special in 2017 alongside former Strictly professional Pasha Kovalev.

The Strictly 2022 series finished on Saturday with Hamza Yassin and his partner Jowita Przystal lifting the glitterball trophy following the public vote.

– The Strictly Come Dancing Christmas Special will air on BBC One and BBC iPlayer on Christmas Day at 5.10pm.