Patel vows to push ahead with Rwanda plan despite legal battles 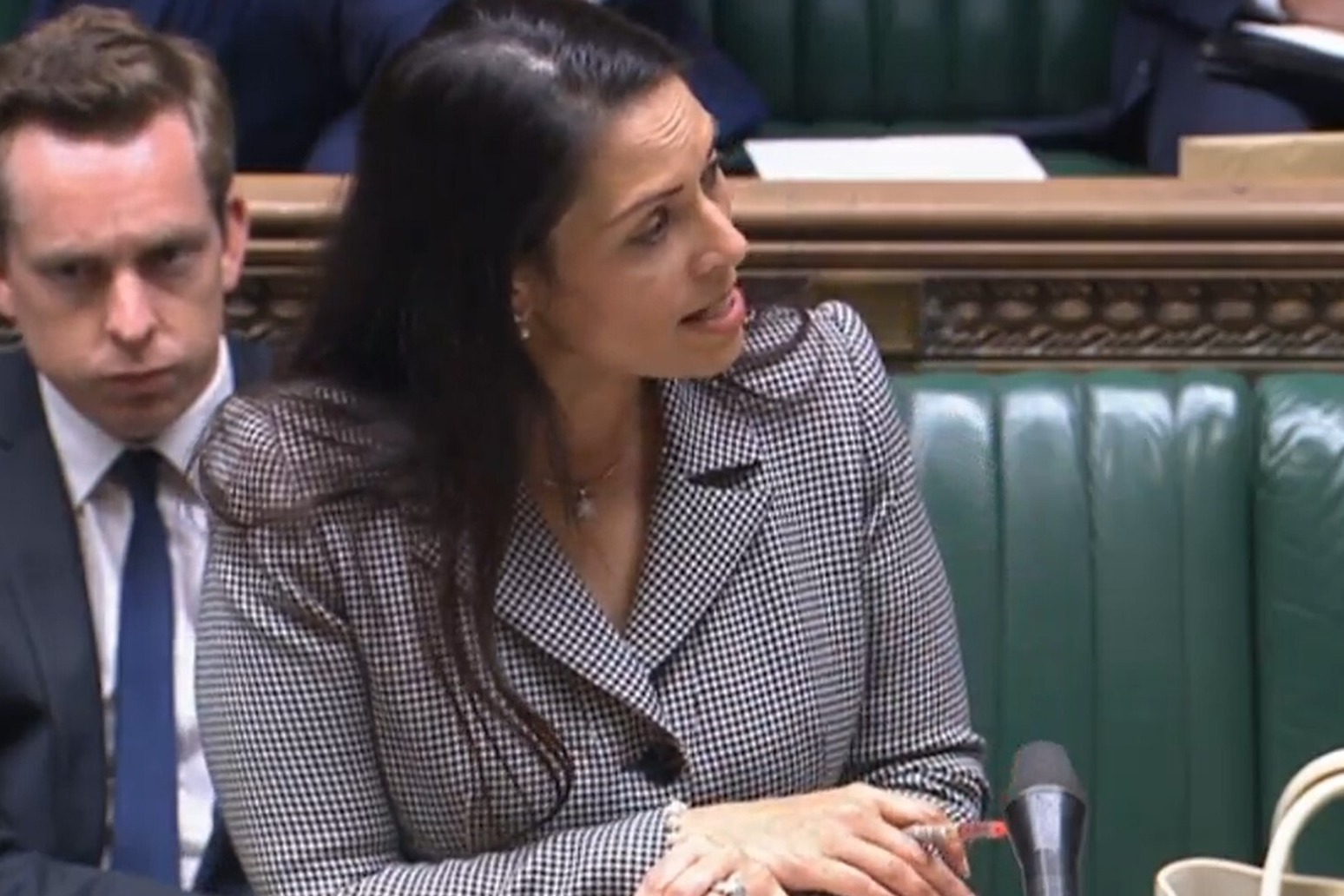 Priti Patel has insisted the Government will press ahead with its plan to send asylum seekers to Rwanda despite an 11th-hour legal ruling by a European court which halted the first departure.

The Home Secretary said she was surprised by the European Court of Human Rights’ intervention, overruling domestic judicial decisions, but told MPs it was “inevitable” there would be legal challenges to the Government’s policy.

In an apparent reference to the human rights lawyers who have repeatedly taken on the Government, she told MPs that “the usual suspects” had set out to “thwart” the plan.

But she added: “This Government will not be deterred from doing the right thing. We will not be put off by the inevitable legal last-minute challenges.

“Nor will we allow mobs to block removals.”

Giving details of the decisions made out of hours by the Strasbourg court, she said it had not ruled the policy was unlawful but “prohibited the removal of three of those on last night’s flight”.

“Those prohibitions last for different time periods but are not an absolute bar on their transfer to Rwanda. Anyone who has been ordered to be released by the courts will be tagged while we continue to progress their relocation.”

She said the court’s decision was “disappointing and surprising” but “we remain committed to this policy”.

“We believe that we are fully compliant with our domestic and international obligations, and preparations for our future flights and the next flights have already begun,” she told MPs.

Ms Patel and Prime Minister Boris Johnson have repeatedly hit out at the lawyers bringing legal challenges against the Government and the groups and MPs supporting them.

The Home Secretary told the Commons: “I am afraid the usual suspects, with the blessings of honourable and right honourable members opposite, have set out to thwart and even campaign against these efforts, and, with that, the will of the British people.”

At Prime Minister’s Questions, Mr Johnson accused Labour of being “on the side of the people-traffickers who would risk people’s lives at sea”.

The ruling by the Strasbourg court was greeted with fury by Tory MPs, with fresh demands for the UK to pull out of the European Convention on Human Rights (ECHR).

The European Court of Human Rights rules on issues relating to the ECHR and is not an EU institution, so its influence has not been affected by Brexit.

Greg Smith called on the Government to bring forward its promised UK Bill of Rights and “remove all power of the European Court of Human Rights over our sovereign decisions”.

Downing Street would not rule out taking the drastic step of withdrawing from the ECHR and said the Government will do “whatever it takes” to ensure relocation flights to Rwanda go ahead.

The Prime Minister’s official spokesman said the Government will consider the Strasbourg court’s ruling but that “all options are on the table”.

Asked if the Government could withdraw from the ECHR, the spokesman said: “We are keeping all options on the table including any further legal reforms that may be necessary.

“We will look at all of the legislation and processes in this round.”

Asked if a flight could go ahead before legal proceedings in the UK are complete, the spokesman said: “That is my understanding.”

Shadow home secretary Yvette Cooper said the situation is “a shambles and it is shameful and the Home Secretary has no-one but herself to blame”.

“This is not and never has been a serious policy and she knew that when she chartered the plane.”

The ECHR has publicly confirmed details of one of the cases heard by an out-of-hours judge.

It ruled that an Iraqi asylum seeker, referred to as KN, should not be put on a flight until three weeks after the final domestic court decisions on the legality of the whole Rwanda policy.

A full High Court review of the plan is expected in July.

Seven passengers were due to be on the plane to east Africa on Tuesday, a figure dwarfed by the 444 people intercepted attempting to cross the English Channel in small boats on the same day.