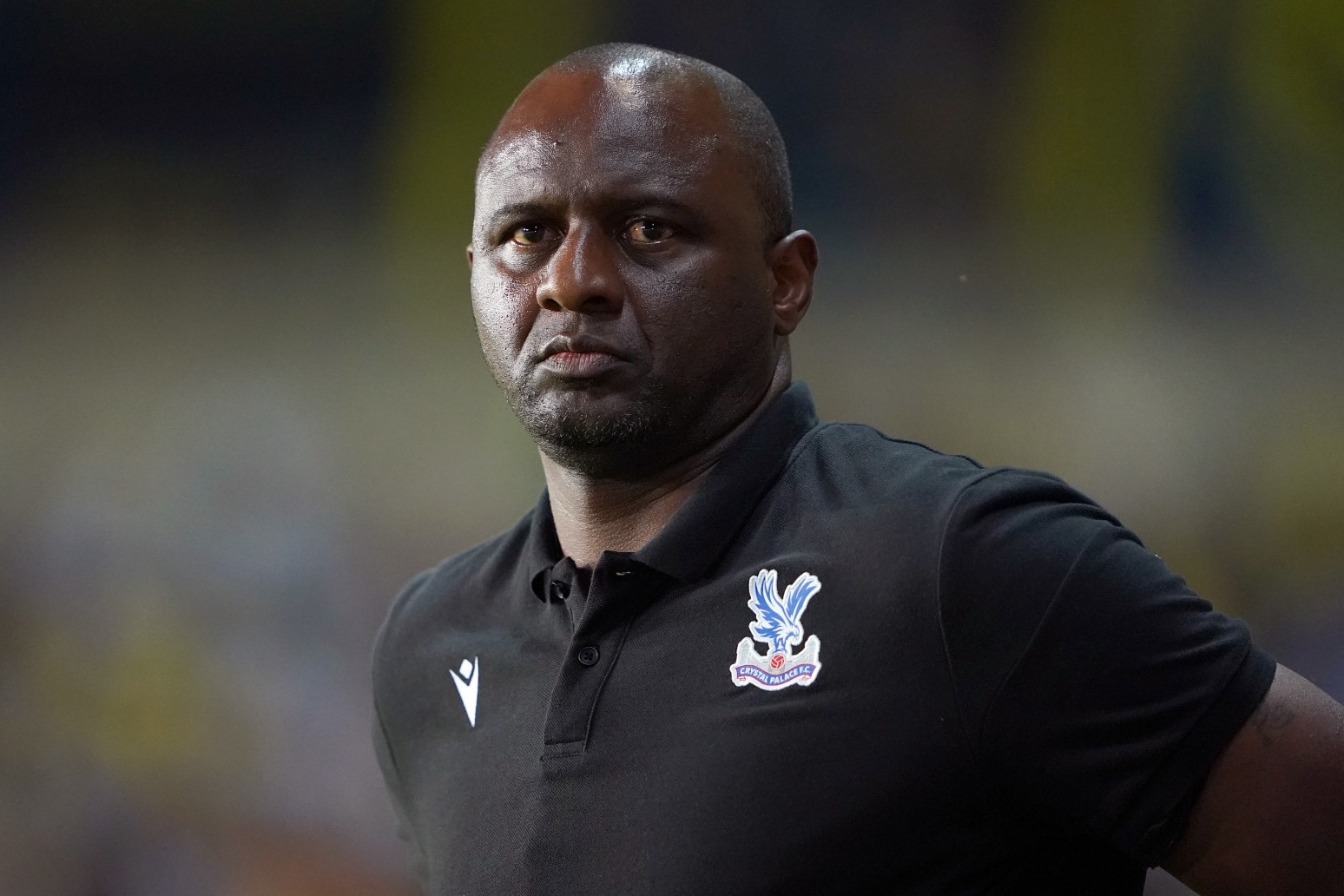 Zaha netted his team-leading fifth goal of the season in the Eagles’ 2-1 comeback win over Wolves to seal Palace’s second straight victory at Selhurst Park.

The Ivory Coast international’s five-year contract with Palace comes to an end next summer but Vieira brushed aside any suggestion that the deal’s impending expiry was keeping him up at night.

“It’s not an issue at all,” said Vieira.

“There will be a discussion taking place but for myself and for the club what is important is for him to play at this level and to be consistent and to help those young players around him to grow and we’ll see what will happen.”

Still, acknowledged Vieira, Palace’s performance can still sometimes rest by the benchmarks set by the 29-year-old homegrown talent, who joined the Eagles academy as a 12-year-old.

Vieira said: “When Wilfried has a good day I would say the team has a good day. He’s an important player on and off the field, he’s got the experience and today he was really good in possession, out of possession, he worked really hard.

“But we want him to have these kinds of performances, to be consistent and to allow us to follow him, and every player has to play at the level that we all know they can do.

“Wilfried can work with them, can be a positive example on how clinical you can be in front of goal, but we’re talking about Michael (Olise) and Ebs (Eberechi Eze) – they are young talent, they still have a lot to learn, but they are in a good place at the moment.”

Olise and Eze are among the young Eagles Vieira hopes veteran Zaha will continue to mentor, the two combining for the second-half equaliser on Tuesday night after Adama Traore opened the scoring on 31 minutes.

Vieira reiterated his belief that 24-year-old Eze, another south London local, is making a late case for inclusion in Gareth Southgate’s Qatar-bound squad.

He said: “It’s not just about the goal he scored, it’s about his performance overall. He’s got that talent that can make him dream of going to the World Cup.

“I think he’s got to his best but I think he’s starting to really understand what the game is about, how to be decisive. He’s got that talent but he’s still (got) things he can improve in the last third, but since the start of the season he’s been really important to us and he’s been playing really really well.”

Wolves caretaker manager Steve Davis, meanwhile, was impressed by a young talent of his own after Hugo Bueno, on his full first-team debut, set up Traore’s goal with a fine delivery.

He said: “I thought he was excellent. Didn’t let anyone down, I think he felt that we trusted him and we know him.

“We know he’s a character, we know what he’s capable of and he’s ready. He was ready for that moment, I thought he took it really well. I thought he was excellent tonight.”