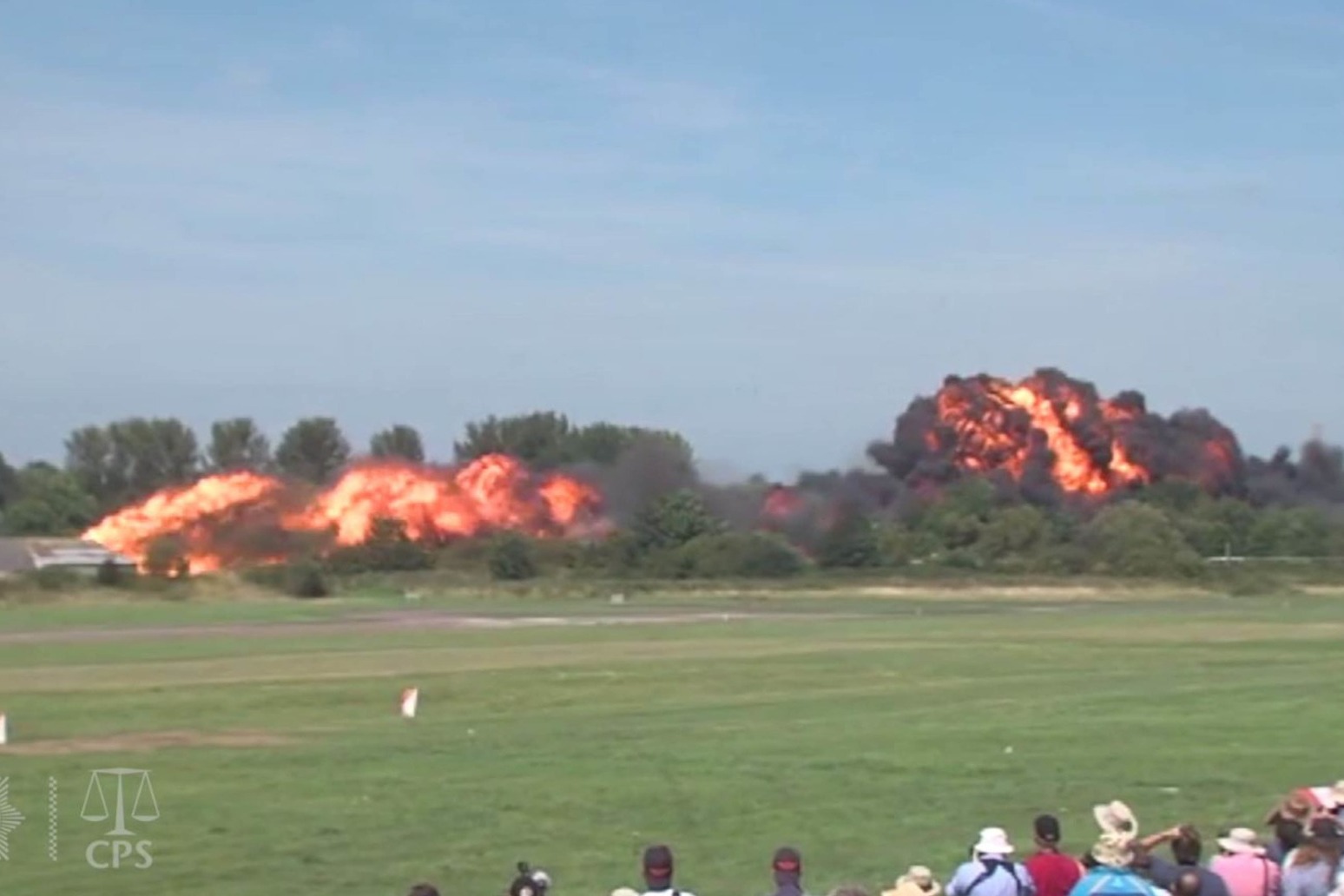 A pilot’s significant errors and “poor” flying led to 11 men being unlawfully killed in the Shoreham Airshow disaster, a senior coroner has ruled.

Andrew Hill crashed into the A27 in a Hawker Hunter aircraft while performing a manoeuvre during an aerial display at the event in West Sussex on August 22 2015, which injured 13 people including himself.

Senior Coroner Penelope Schofield said although her conclusions should not detract from not guilty verdicts in Mr Hill’s gross negligence manslaughter trial in 2019, she ruled it was “clear and obvious” the pilot should have abandoned the stunt.

The narrative verdict delivered on Tuesday came seven years after the incident, with victims’ family members in tears and embracing each other as the unlawful killing ruling was given.

Although Mr Hill had attended the inquest a number of times since it began on November 30, he was not present for Ms Schofield’s conclusion.

Lawyers representing some of the victims’ families hinted they would not be pursuing a civil case, saying they had “come to the end of their road” following the coroner’s conclusions.

“This huge loss will be worn by the families for the rest of their lives.

“It has been a long journey, some seven years for you, to get the answers you wanted.

“It has been a difficult journey getting to this stage. I hope you feel that through these proceedings, you now have a voice.”

Mr Hill was charged with 11 counts of manslaughter by gross negligence but found not guilty on all counts in March 2019. He maintains he has no recollection of the crash.

Commenting on the pilot’s actions during the incident, the coroner told the court: “This was not a close or difficult judgment call.

“Even experienced pilots on the ground could see (the plane) was too low.

“The poor position of the plane in the sky was a further significant error – this plane should not have been lined up with a dual carriageway.”

The coroner finished her conclusions by reading out the names of all 11 men who died in the incident.

Mr Hill was not called as a witness in the inquest, having submitted evidence to the investigation.

His request at the pre-inquest review in September for Ms Schofield to rule out a verdict of unlawful killing was denied.

Sarah Stewart, partner at law firm Stewarts, who represented a number of families in the disaster, said after the conclusion: “The families we represent would like to thank the senior coroner for her thorough investigation.

“The senior coroner has found that the deaths of the 11 innocent men in the Shoreham Airshow disaster on August 22 2015 were avoidable.

“The bereaved families have waited more than seven years to reach this point, and although the senior coroner’s conclusion will not ease the pain of their loss, their voices have been heard.”