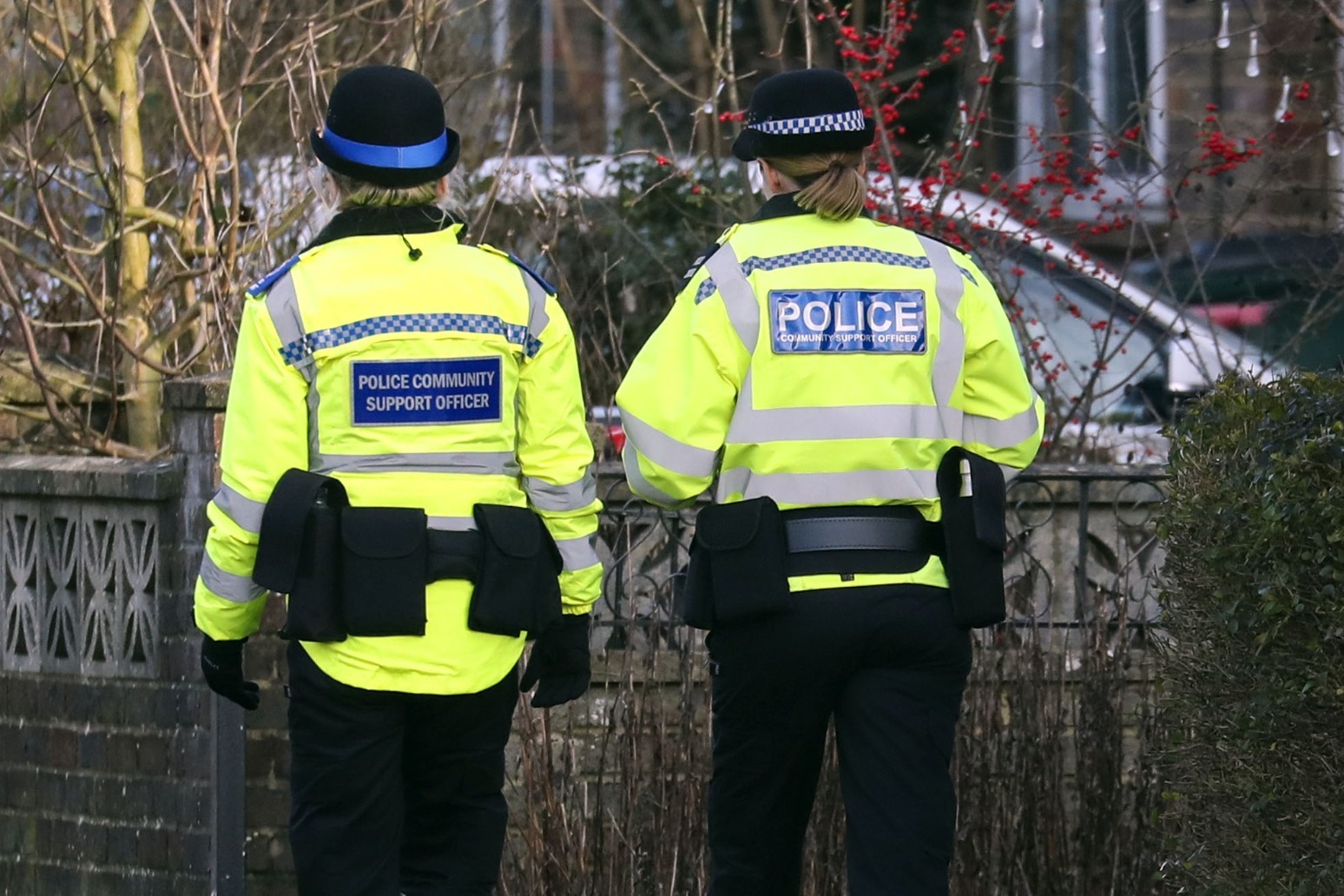 A watchdog has condemned the poor standards of vetting among police forces in England and Wales.

His Majesty’s Inspectorate of Constabulary and Fire & Rescue Services (HMICFRS) found that decisions to clear police staff and officers were “questionable at best” in 131 out of 725 cases it examined.

Inspectors gave details of a number of cases from between October 2018 and September 2021 to highlight problems with police vetting systems.

These included cases where previous criminal behaviour was dismissed as a “one-off”.

One candidate applying to be a special constable cleared vetting despite having been put under a 12-month supervision order for indecent exposure as a juvenile.

The man applied three times to the same force over a 13-year period but was rejected, before appealing and being cleared, although inspectors said this should have been an automatic rejection.

Another case involved a police officer “allegedly engaging in improper sexualised touching of a member of the public and junior officers”.

There was a number of complaints spanning several years and the claims, if proven, may have amounted to sexual assault. But none of the complainants would support action and the officer later transferred to another force which was made aware of the allegations and “other concerning information”.

They were granted vetting clearance by the chief constable who argued accepting the officer would “make the force more diverse”.

HMICFRS did not agree with the decision and found it ran the risk of “conveying the wrong message” to those who made the allegations.

“At worst, the decision could also expose female officers in the receiving force to unnecessary risk,” the watchdog added.

One officer who transferred from a different force had been subject to 25 public complaints over 10 years, many of which were for “excessive use of force and incivility”. Four of the complaints resulted in “management action”.

The officer had also been arrested for being drunk and disorderly but no action was taken. There was no evidence the force considered the incidents as a “pattern of concerning behaviour”.

Two other cases highlighted were one involving a police community support officer (PCSO) who cleared vetting despite a previous caution for slapping his partner around the face seven years earlier, and one where an applicant for an officer post had robbed an 80-year-old woman as a juvenile nearly 20 years before.

Inspectors gave other examples of cases where applicants had cleared vetting despite concerning information being held about them.

One police officer had been caught speeding five years earlier, had been convicted of attempted theft in another country, and there was intelligence possibly linking him to drug dealing and cars used by violent criminals.

The report also found that forces were not taking seriously enough cases where applicants had been arrested but not charged.

Candidates who cleared vetting included a police officer applicant who had a conviction for drink-driving and driving without insurance 18 years earlier, and four years after that was arrested for intimidating a witness, and twice after that for domestic assaults.

Another said he had been cautioned for shoplifting as a juvenile, and as a teenager had been accused of rape. No measures were put in place to monitor him while working as a police officer to minimise risk.

A third had been investigated five years earlier over a sexual assault at a nightclub.

Another police officer candidate had been convicted of drink-driving and accepted a caution for theft from an employer more than 20 years before his application, then around 10 years after that had been investigated for racially aggravated criminal damage and public order, where the victim was an off-duty special constable.

Inspectors also highlighted cases where there were financial risks that left applicants vulnerable to being bribed.

One police officer only declared one county court judgment (CCJ), which they had settled, when in fact there were six further live CCJs totalling more than £11,000.

Another failed to declare a caution for cannabis possession, a traffic offence conviction, and five defaulted accounts with debts of more than £5,000.

Other examples highlighted cases where concerns over family members were not properly dealt with.

One applicant to be a special officer had “extensive criminality” within his family, including a brother heavily involved in organised crime.

The sibling had convictions for violence and drug crime, was “of interest” in murder and kidnap investigations, and intelligence was held on him by several police forces in England and Wales.

The applicant claimed to be estranged from his brother, but no attempt was made to check whether that was true or any measures put in place to reduce the risk of corruption.

Another officer had family members, including a brother, with “extensive criminal backgrounds”.

The applicant claimed that he only had minimal contact with the sibling, when the vetting unit discovered that in fact they lived together.

However he was cleared, with an interviewer deciding the lie was “not significant enough to deny vetting to a young man (who) has wanted to fulfil his dream of joining the police”.

Another community support officer applied to transfer to another force, but did not declare that he had been involved in a domestic incident where he hit his partner two years before becoming a PCSO. Various members of his family were also criminals.

However vetting officers agreed it would be “harsh” to turn him down and that they would give him the benefit of the doubt.

In other cases mistakes were made in vetting decisions. One officer who sub-let his flat to a sex worker to use as a brothel was accidentally cleared on his third attempt, when a member of staff misread the decision log.

The applicant described his relationship with the sex worker as “friends with benefits”.

A PCSO applying to become a police officer also wrongly cleared vetting after failing to declare a warning and penalty notice for cannabis possession.

Another police officer applicant who had accepted a caution for affray five years earlier was cleared when vetting officers wrongly concluded that he had not been aggressive when he and a friend punched and kicked a man.

Inspectors also disagreed with other decisions that were made.

One PCSO who applied to become a police officer had two years earlier accepted a caution for assault after stealing beer from behind a bar while on a drunken night out with friends.

When a man in his 60s asked him to stop, the PCSO claimed he thought he had drugs and was going to search him despite having no power to do so.

The PCSO was given a final written warning over the incident, and was eventually cleared to be a police officer after repeated appeals.

In a second case an officer cleared vetting despite an actual bodily harm conviction from 20 years earlier, and a CCJ and four defaulted accounts with debts totalling more than £13,000.

The report also found that vetting should be reviewed after misconduct proceedings.

One officer, who still works with vulnerable people, was given a final written warning for sending extremely sexually explicit and racist messages to a female colleague.

The investigator had made a case for a finding of gross misconduct, but force bosses decided this was misconduct only and the officer’s vet not been reviewed since.

Inspector of constabulary Matt Parr said: “Sometimes behaviour that I think most people in the general public would consider completely unacceptable in a workplace has been normalised in policing.”

He said this “matters more” in policing than in other occupations because forces should have a “much lower tolerance” to such behaviour.

It is thought all the officers highlighted in the report, bar one, are still serving in the police. In one case, an officer was not taken on by a force after inspectors raised concerns.