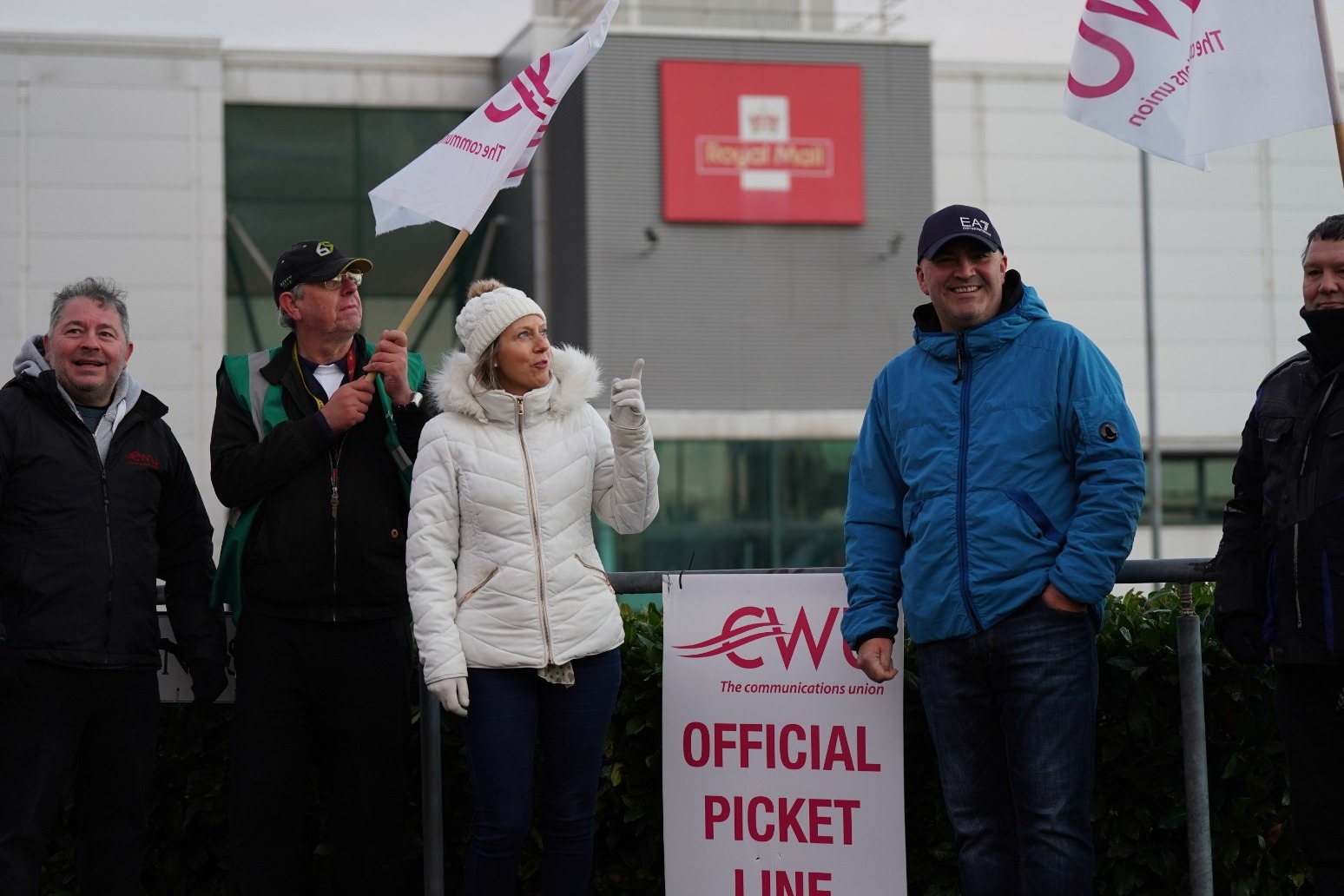 Commuters face a second day of severe rail disruption on Wednesday as members of the Rail, Maritime and Transport union (RMT) are joined in walkouts by Royal Mail workers, and nurses prepare to take unprecedented industrial action.

As on the first day of the 48-hour strike, around half of Britain’s rail lines will be closed all day, as thousands of members at Network Rail and 14 train operating companies walk out in the long-running dispute over pay, jobs and conditions.

Many parts of the country will have no services, including most of Scotland and Wales.

Postal workers in the Communication Workers Union (CWU) will stage a fresh 48-hour national walkout on Wednesday, their third of six days of strikes in the run-up to Christmas.

Nurses in England, Wales and Northern Ireland are due to start strike action in a row over pay on Thursday after talks with the Government broke down.

The nursing union was urged to do more to “avoid patient harm” and “alleviate unnecessary distress” for dying patients on strike days by the UK’s four chief nurses and the NHS’s head of cancer care.

In her letter, obtained by Sky News, she wrote: “Our common aim is to ensure we do not cause harm to people undergoing vital cancer treatment to achieve cure or extension of life.”

In response, the RCN insisted that “cancer patients will get emergency and clinically urgent surgery, it is not in doubt”.

“This is a politically-motivated smear from a Government that is failing cancer patients,” a spokesperson for the union said.

Separately, Dame Ruth May, chief nursing officer for England, and her counterparts in Scotland, Wales and Northern Ireland, also wrote to Ms Cullen raising a series of concerns about patient safety.

They said chemotherapy is being rescheduled from the strike days at some hospitals despite the union agreeing it would be exempt nationally.

The chief nurses also asked for assurances that community nursing services providing “end of life care and good pain and symptom relief” continue in order to “alleviate unnecessary distress” for palliative patients and their families.

The RCN said on Tuesday that it had agreed further exemptions to the strike action, including emergency cancer services and “front-door” urgent care assessment and admission units for paediatric-only A&E departments.

“The safety of patients is everybody’s top concern,” the union’s spokesperson said.

Civil servants in the Public and Commercial Services union (PCS) – including driving examiners and Rural Payments Agency workers – continue their walkouts on Wednesday.

The strike action is regional, with members working for the Driver & Vehicle Standards Agency (DVSA) having kicked off a month-long rolling strike programme in Scotland and northern England on Tuesday.

The wave of industrial action is growing, with physiotherapists in England and Wales voting to strike in their first ever ballot on pay. The action is expected to take place early in the new year.

Midwives and maternity support workers in Wales who are members of the Royal College of Midwives have also voted to go on strike over pay.

Members of the Transport Salaried Staffs’ Association (TSSA) rail workers’ union at operator CrossCountry are also set to strike on Boxing Day and December 27, it was announced on Tuesday.