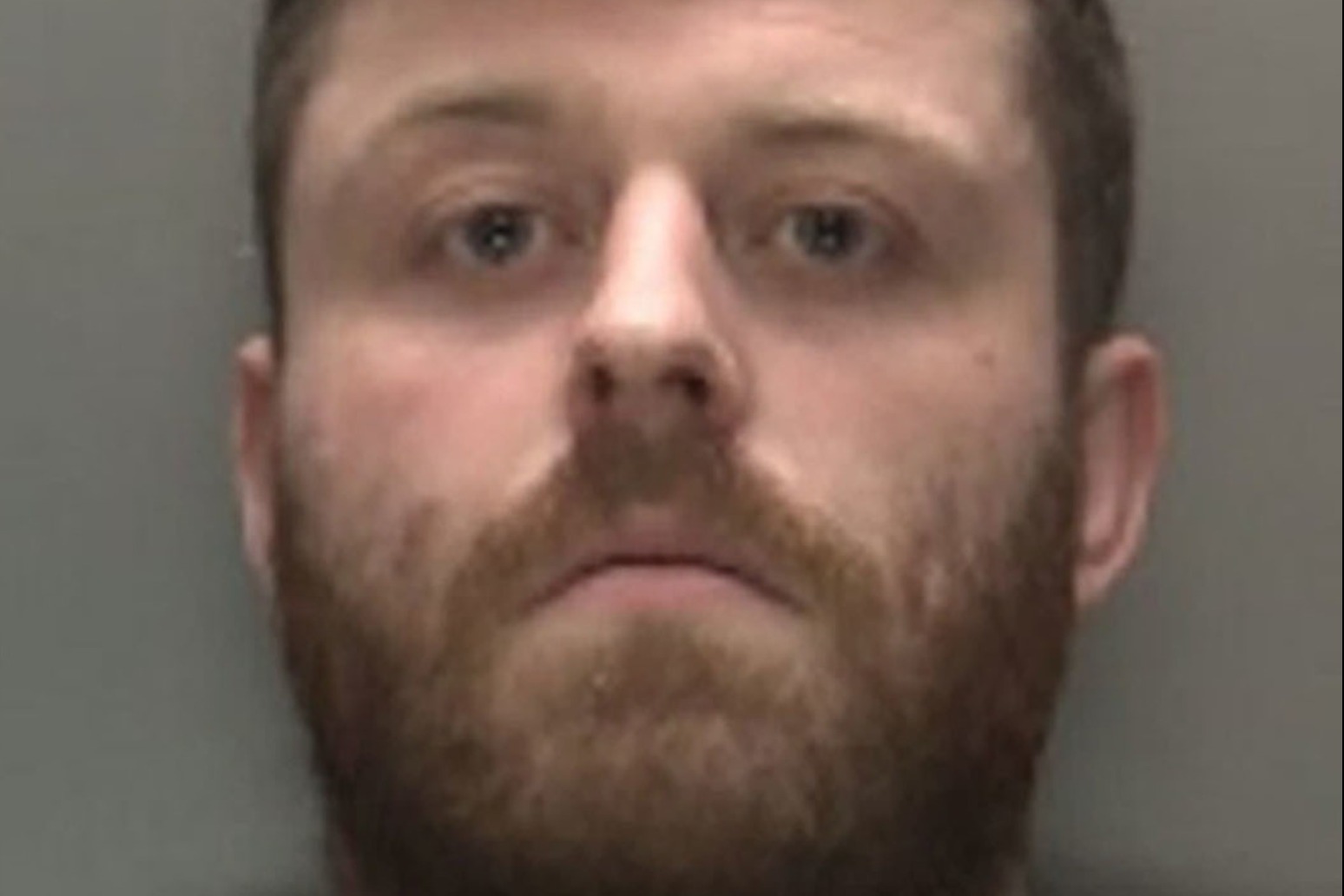 A thug has been jailed after attacking a railway station worker shortly after he was caught on CCTV holding a woman by the throat for 11 seconds.

Jones, of Jack Hardy Close, Syston, Leicestershire, was found guilty of intentional strangulation and two counts of assault by battery.

In a statement released on Wednesday, BTP said Jones was sentenced to two years and one month in prison and ordered to pay a £228 victim surcharge at Leicester Crown Court on August 26.

The court heard how on July 30 at around 9.45pm staff at Loughborough railway station had heard screaming and shouting.

Workers saw a young woman being slapped by Jones, and after taking immediate action one staff member received three punches to the head and ear.

BTP said Jones then attempted to kick the second victim and flee the scene.

The BTP statement added: “On review of the CCTV it was found that Jones had already committed a ferocious attack on a young woman holding her by her throat against the wall for 11 seconds until she started to lose consciousness and then dropping her.

“In court the judge reflected on Jones’ apparent disrespect for women and his inexcusable violent nature.”

Commenting on the case, Detective Constable Charlie Clarke said “This is very distressing incident for all involved, the team worked hard to bring this offender to justice and safeguard the victims from further harm.

“Following this investigation, the public are now protected from a very dangerous man.”