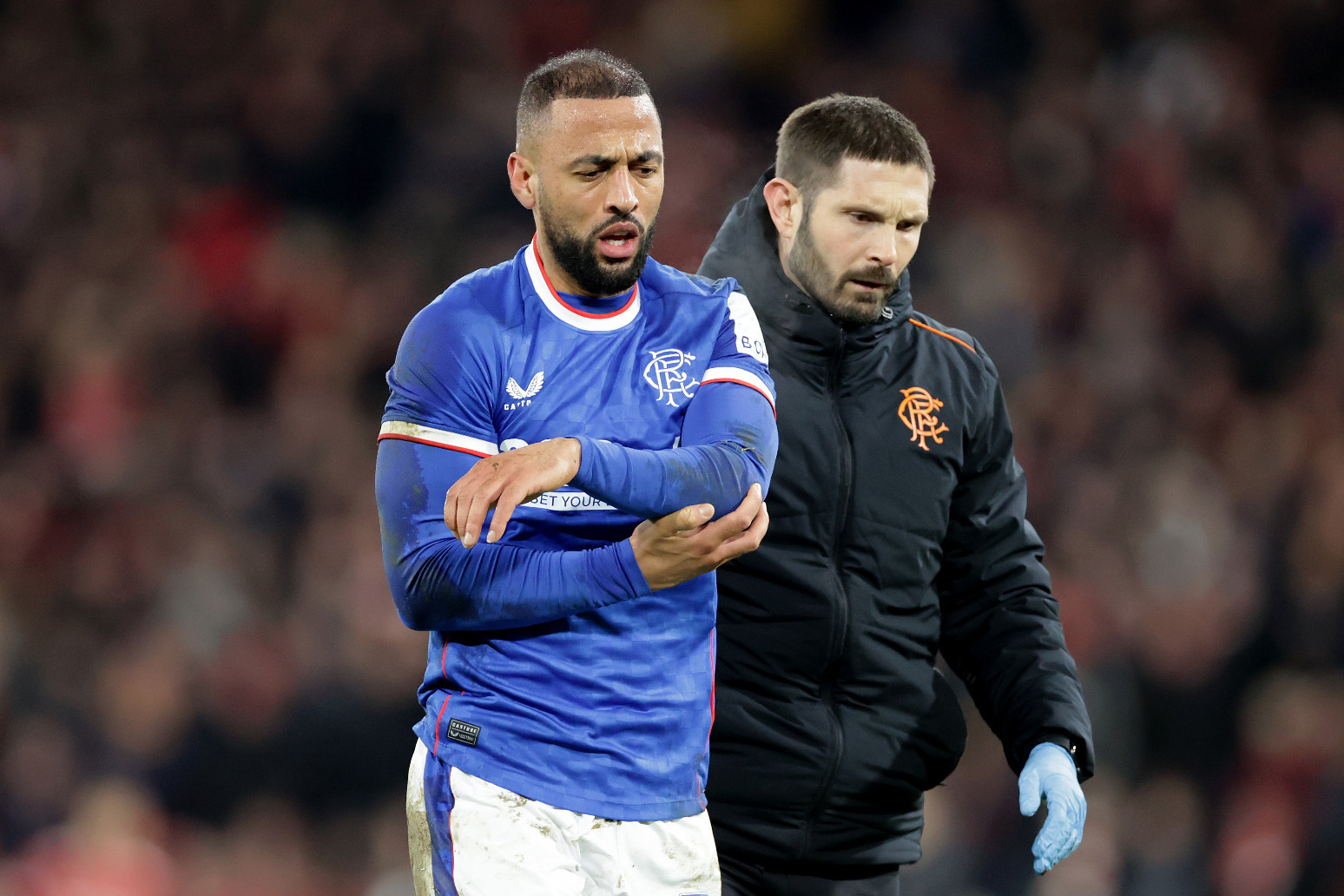 Kemar Roofe could be set for another lengthy spell on the sidelines as the Rangers striker awaits the prognosis on a shoulder injury.

The 30-year-old had just recently recovered from calf problems which had kept him out since October and in just his second appearance this month, he came off the bench to score the winner in a 2-1 Viaplay Cup semi-final victory over Aberdeen on Sunday before having to go back off after a tumble to the ground.

Rangers boss Michael Beale revealed feedback from his physios suggested it was an injury which keeps players out for “weeks or months”.

“He won’t be available for this game and probably this weekend as well,” said Beale who is “aware” of Swansea attacker Morgan Whittaker, who has been linked with a move to Rangers.

“It is a real sore one. He has had the scan and he is going to see somebody else, to get a second opinion. It is an injury he has had on the other side previously but it is not a break in terms of dislocation.

“There is a bit of a separation at the top, that just needs to take its time. For some people it is less time, for other people it is more. It is how Kemar feels in the coming days and weeks.

“I am looking for a quick diagnosis – that’s why Kemar has been away seeing people.

“It is a huge disappointment for him, for the fans and for his team-mates as well because he is not just a huge player on the pitch, he is very important around the building.”

Ahead of the cinch Premiership game against Kilmarnock at Rugby Park on Wednesday night, the former QPR boss was asked about Whittaker, back at Swansea from a loan spell at Plymouth.

He said: “He is a player that we know. I think he is a good player. There is no update on that yet. To be fair he has just came back to his parent club from a loan and obviously, because his parent club thinks he has done very well.

“So he is Swansea’s player but he is certainly a player that I am aware of from obviously working down south and knowing his background. I think he is a good player.”

Beale had spoken in glowing terms about Norwich midfielder Todd Cantwell – also linked with Rangers – and said: “There is no update right now but I am really pleased with the way things are moving. So I suppose no news doesn’t mean bad news.”

However, on links with Everton midfielder Tom Davies, whom he had also previously praised, Beale said: “There is no interest on our side towards Tom.

“There has been no talk about Tom. I was caught on the hop and I said a couple of nice things about him because he is a young British player that I saw come through as a young player and I am pleased to see his progress.

“He plays for a fantastic football club and I think that’s where he is going to be, he is not going to be a Rangers player in the future.”

Beale is expecting a “really tough test” against a Killie side who lost 2-0 to Celtic in their Viaplay Cup semi-final on Saturday.

He said: “It should be a good game. We need to go for three points not one and I am sure they are feeling the same after a really good performance at Hampden at the weekend.”